Maddie Hay thought she knew what was coming.

After three years as a GIANTS Netball training partner, the young midcourter was convinced that a scheduled meeting with coach Julie Fitzgerald spelled the end of her time in Sydney.

In fact, she'd already prepared herself for the prospect of moving to England to pursue her netball dream.

“I was certain she was sending me off to England – I’ve been telling people all week,” Hay said.

But instead the meeting in the GIANTS' cafe brought the news the 24-year-old had waited three seasons to hear: she was being offered a full contract with the GIANTS for the 2020 Super Netball season, after Kim Green's retirement opened a spot on the roster.

“Every single minute of the past three years I’ve just been wanting to be a part of that 10 (-person roster). 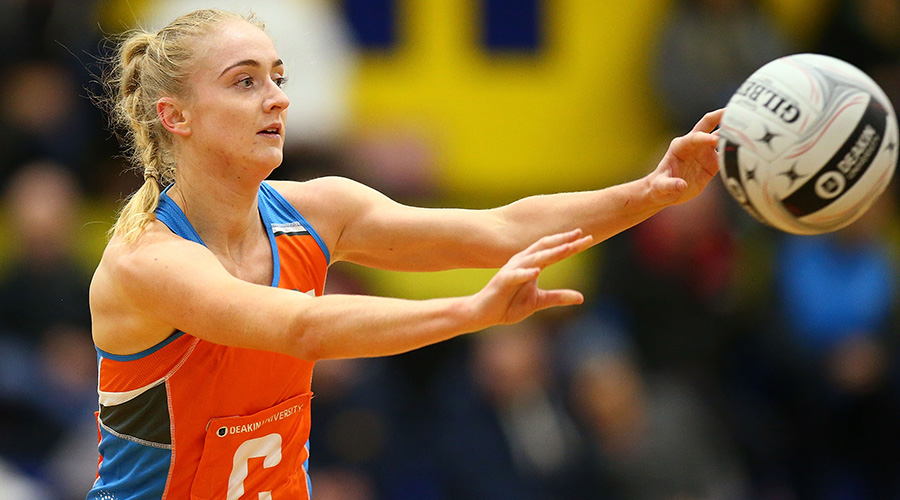 Hay, who made her Super Netball debut in Round 1 this season when she took the court due to a blood injury, was under no illusions as the enormity of the task of trying to fill the hole left by Green's retirement, but said she hoped to forge her own path and reputation within the league.

“I’m really honoured. I know how hard it is, the hard work I have had to put in, the sacrifices I have had to make – it’s so worth it," she said.

“I’m actually a bit sad that I don’t get to play with Kim, but she’s such a good friend of mine and I’m sure she will mentor me every step of the way."

“I definitely won’t fill her shoes, but I’ll do my best to make my own kind of shoes and make my own impact on the team.”

Fitzgerald said no one was more deserving of the opportunity than Hay.

“We’re delighted to be able to offer Maddie this opportunity after she’s worked tremendously hard over a number of years,” she said.

“She deserves her opportunity and it’s fitting that as one brilliant home grown talent is ending her career, we’re able to offer an opportunity to another local player to hopeful excel at the elite level.”