The high flying West Coast Fever have fired their way into their third Suncorp Super Netball Grand Final, so we look back at how they got here and how they can win it all.

There were times during the 2022 regular season when the West Coast Fever looked like the best team in the comp.

A pair of three-game winning streaks, multiple weeks spent at the top of the table and scoring records broken.

But it wasn’t all smooth sailing on the way to the post-season for Dan Ryan and the Fever. The Minor Premier Vixens had their number in their two regular season meetings and a pair of tough losses always kept us from naming them premiership favourites.

Even after an impressive Major Semi Final performance that saw them through to the season finale, questions are still being asked of this West Coast team. Like can they beat the Vixens two times in a row? And can they do what no other Perth based professional netball team has ever done? 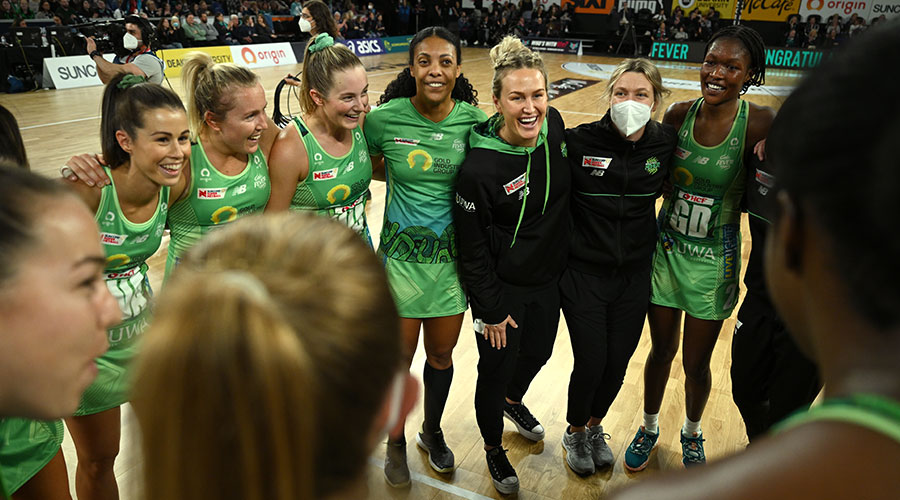 The run to second

The Fever carried a strong performance at the Team Girls Cup preseason tournament, where they lost in the Grand Final against the Vixens, into the 2022 season, winning their opening three matches against the Lightning, Magpies and Firebirds by a combined 44-points.

Reigning MVP Jhaniele Fowler picked up exactly where she left off in 2021, scoring 175-points in the first three matches of the season.

This setup a Tuesday night battle in Melbourne between the then only two undefeated teams in the league. The Vixens hit the Fever hard early, jumping out to a six-point quarter time lead and holding the visitors at arm’s length for the rest of the match, eventually finishing with a nine-point win.

The Fever bounced back quickly though, handing the Swifts an 18-point loss in their first home game since Round 1.

Dreams of back-to-back wins over the New South Wales clubs were dashed in Round 6 when the GIANTS were able to hold off a fast-finishing West Coast team and win by just one in a Sunday afternoon thriller at Ken Rosewall Arena.

A comfortable nine-point victory over the Thunderbirds in Adelaide was a great way to hit the halfway point of the regular season. And wins over the Magpies and Lightning in Rounds eight and nine had the Fever sitting first coming into the second midweek round and a three game home stand.

But, just like their other Tuesday night match, Melbourne would end up getting the better of West Coast, beating them 70-64 in Perth.

Fuelled by another loss to the Vixens, Dan Ryan’s squad bounced back quickly, setting a new single-game scoring record when they beat the GIANTS 86-77 at RAC Arena.

Their three-game home-stand would end poorly when the Firebirds would come to town and hand the Fever their fourth loss of the season and essentially put their hopes of a minor premiership out of reach.

Those hopes were almost put to bed entirely in Round 13 when the NSW Swifts came all the way back from a nine-point half time deficit to lose by just one at Ken Rosewall Arena. But, after surviving that scare, the Fever would lock-up a spot in the Major Semi Final with an 11-point win over the Thunderbirds to finish the regular season. 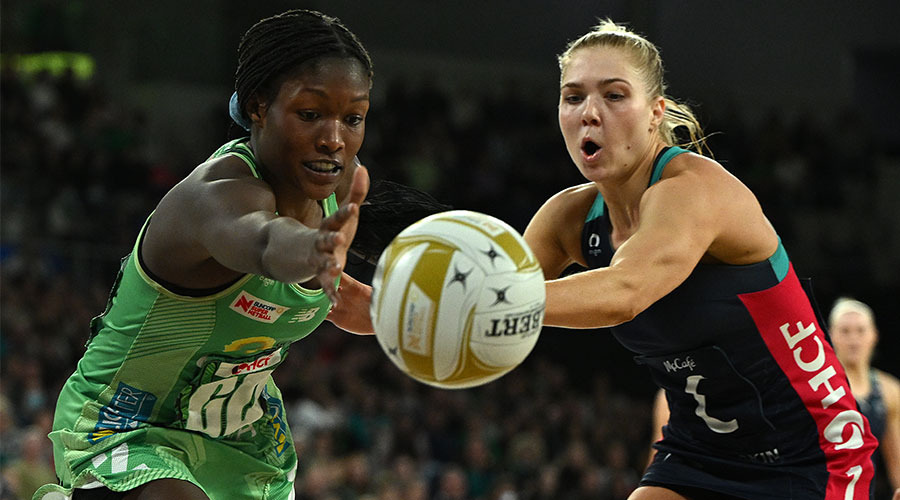 Ever since their Team Girls Cup Grand Final loss to the Vixens, Melbourne have felt like the better of our two premiership favourites.

Their play has been more consistent, their squad deeper and (most importantly) they had the wood over the Fever, winning all three of their matches in 2022.

Until the Major Semi Final…

Just as the Vixens had done to them in their regular season encounters, the Fever hit the court running, scoring the opening three goals on their way to a handy nine-point lead at the first break.

They extended that lead out to 12 at half time then, thanks to an enormous three gain, two intercept, two deflection and one rebound quarter from captain Courtney Bruce, broke out to a 21-point lead 13-minutes into the third before three-straight Super Shots from Rahni Samason brought it back to 14.

The Vixens made it more respectable in the final five minutes, thanks to a couple more Samason Super Shots, but the Fever were by far the better side in this one, booking in a spot in the Grand Final and a week off with a commanding 71-62 win on the road.

As we know, this Fever attack is built around the best player in the world; three-time MVP Jhaniele Fowler.

For a fourth straight year, she has led the league in scoring, she equalled her own record of 808 total points scored and broke her own record with 804 total goals scored.

The difference with this Fever attack compared to other years is that Fowler isn’t the only avenue to goal. Sasha Glasgow has proven she’s much more than just a Super Shot specialist, hitting 125 goals for 176-points (74 one-pointers and 51 Super Shots) and Alice Teague-Neeld continues to develop into one of the best feeding shooters in the competition, finishing the season with a team high 253 goal assists from 381 feeds.

All combined, the Fever led the league in total points scored, setting a new record with 1,011.

This group, along with the midcourt that feeds them, represents the most efficient attack end in the league. They score from an unbelievable 77.8% of their centre passes and their combined 245 goals from gains and unforced turnovers leads the competition.

The flip side to having such a potent attack is the Fever defend more centre passes than any other side in the league, which might help to explain why they allowed the third most points against this year.

They certainly don’t have any issues turning the ball over.

Led by captain Courtney Bruce, who finished the regular season with 93 gains, the Fever racked up 173 gains, good for third most in the league.

So, what does this all mean?

Hypothetically it means that the Fever are going to score on you, but you’re going to get yours too. Just be careful, this squad loves a screaming intercept and will punish you for your mistakes.