The minor premier Melbourne Vixens took the long way to the Grand Final, but they've been the favourites to win it all since the pre-season. We look back at how they made the 2022 Grand Final.

Finishing the regular season on top of the ladder is a blessing and a curse, particularly in the Suncorp Super Netball league.

The 2022 Melbourne Vixens have already avoided the fate that befell the 2017 Vixens and 2018 GIANTS and will be looking to replicate their own 2020 performance and win it all from first place.

Sure, it didn’t get off to a great start in the major semi-final, but they righted the ship in the preliminary final and the dream is still alive for the Vixens to win their second Super Netball title this Sunday.

The question we have coming into the finale is have the Fever finally solved this Melbourne team? Or was the semi final loss just the wake-up call the Vixens needed? 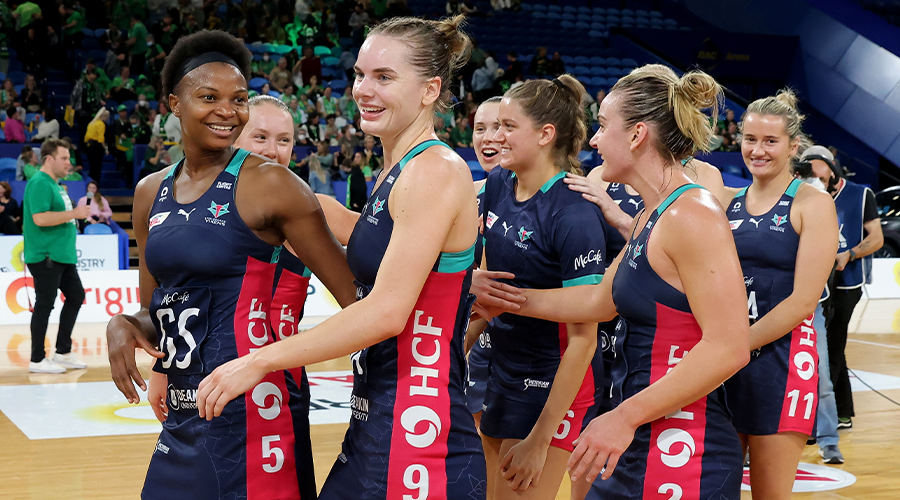 The road to number one

If the goal at the start of the season is to finish as high as you can to give yourself the best chance to go deep into finals, then the Vixens nailed it in 2022.

They started hot with a four-game winning streak, had a few shaky weeks in the middle before they stormed home with seven straight wins on their way to a home major semi-final.

Matches against the dark-horse Firebirds, reigning champ Swifts, 2021 minor premier GIANTS, red hot favourite Fever and perennial contender Lightning to start the season would tell us exactly where the 2021 wooden spooners were in 2022.

They took care of the Firebirds in Brisbane, thanks to a huge comeback game from Liz Watson, beat the Swifts 53 to 48 at Ken Rosewall Arena, dispatched the GIANTS in their home opener by 12 then handed the Fever their first loss of the season with a 75-66 win in Melbourne.

Four games in and we knew this Vixens side was legit.

Well, until they stumbled in Sippy Downs.

Coming into their Round 5 clash, the Lightning had just one win and were really struggling to contain anyone defensively, allowing almost 80-points against in their three losses.

They’d had enough of that when the Vixens came to town the Saturday night after the midweek round, holding the ladder leaders to just 40-points after quarter time on their way to a shock 71-58 win.

Melbourne seemed a little rattled after their first loss, scratching out a tough win at home to the Thunderbirds in Round 6 before falling to the then last-placed Magpies by 10-points in a Sunday afternoon shocker that closed the first half of the season.

This proved to be the cup of cold water to the face the Vixens needed, and the last regular season loss Melbourne would suffer in 2022. 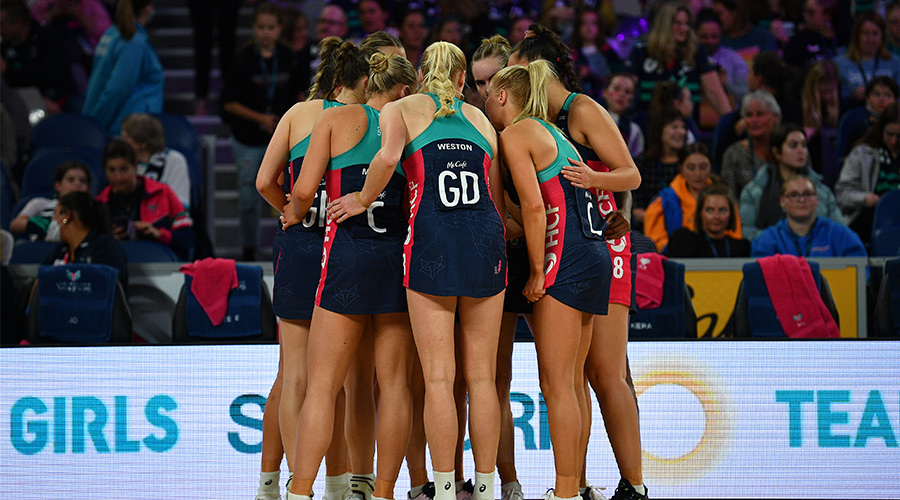 Their seven-game winning streak started at home with a thrilling two-point win over the Firebirds. After trailing by as much as eight in the second quarter, the Vixens stormed home, outscoring the visitors 34 to 28 in the second half to win by two.

This nail-biter was followed up by an extra-time thriller against the GIANTS in Round 9. The GIANTS looked to have this one in the bag when a Matisse Letherbarrow Super Shot barrage put the home side up by three late. But a Kiera Austin two-pointer sent it to extra-time and a Mwai Kumwenda masterclass in the fifth frame sealed the deal for the Vixens.

It was time for a good old fashioned first vs second in Round 10 as the Vixens headed west for a chance to go one game clear on top of the ladder with four games remaining. While the Tuesday night blockbuster didn’t quite live up to the hype, as the clinical Vixens jumped out to a nine-point quarter time lead and never let go, it would go a long way in shaping the top four.

Back-to-back six-point home wins over the Swifts and Lightning in Rounds 11 and 12 setup a chance to lock-up the minor premiership in Adelaide, and it was a thriller!

The Thunderbirds, who were fighting to keep their finals hopes alive, pushed the ladder leaders all the way, even leading the game by three with seven minutes to go. But the stifling Vixens defence allowed the Thunderbirds to score just one more goal for the game, running home four-point winners and locking up the minor premiership.

They would close out the regular season in Melbourne against the Magpies, who would clinch a spot in the top four despite the Vixens winning 56-54. 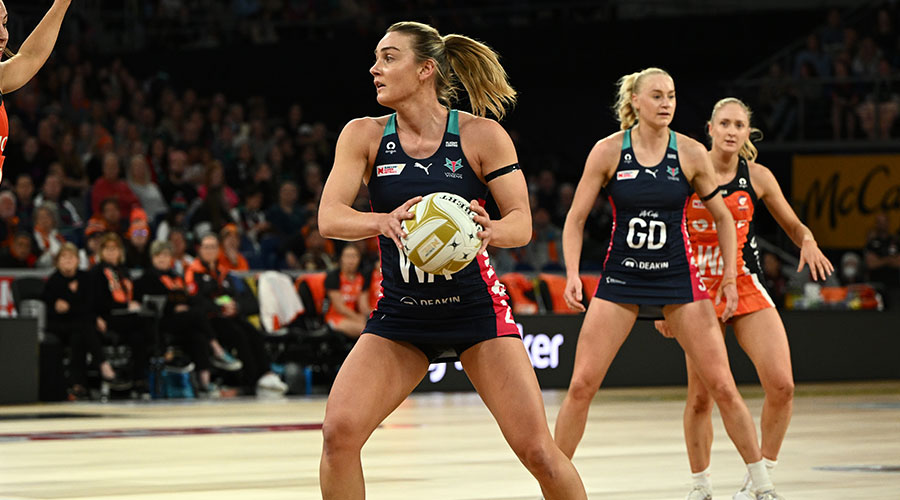 The Vixens came into their Major Semi-Final clash with the Fever having beaten the team in green three times in a row, if you include the Team Girls Cup Grand Final.

But West Coast ignored the form guide, hitting the Vixens hard early and never looking back, booking in their spot in the Grand Final with a near flawless 71-62 win.

It could have been even worse for the hosts had it not been for Rahni Samason, who hit nine second half Super Shots to rein in the deficit, which blew out to as much as 18 in the fourth quarter.

The loss setup a home Preliminary Final with the GIANTS, who were fresh off an emotional win over the Magpies in the Minor Semi-Final.

Melbourne got off to a great start, going into the quarter time break with a 15 to 7 lead. But it was all GIANTS in the second and third, outscoring the Vixens 40 to 23, taking a handy nine-point buffer into the final term.

But the Vixens defenders stood strong and held the GIANTS to just seven final quarter points to run out winners by just one single point in an all-time classic Super Netball match. 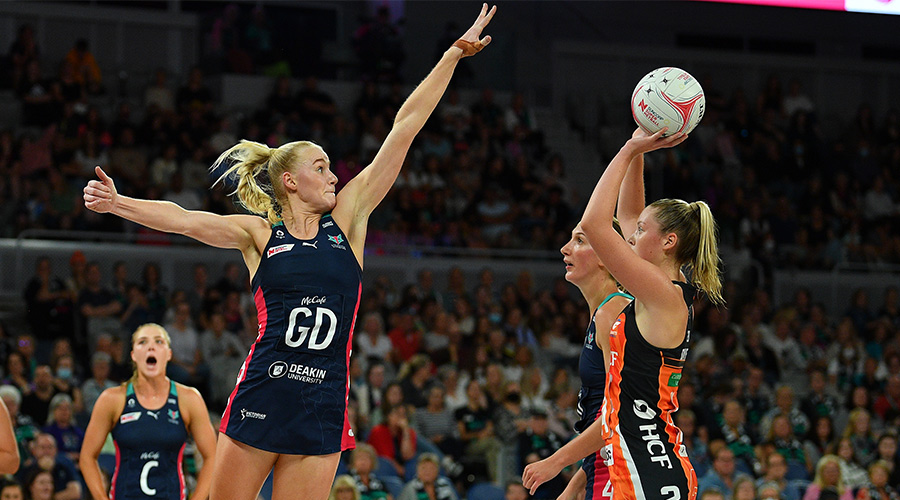 There’s plenty to like about this super classy Vixens side coming into the Grand Final.

Mwai Kumwenda finished the season as the league’s third highest scoring shooter, with 547 total points scored. Throw in a healthy Kiera Austin and Rahni Samason and you can give shooters a big tick.

Only Maddy Proud had more goal assists and feeds than Liz Watson’s 340 and 578, who also finished fifth in centre pass receives. She teams up perfectly with co-captain Kate Moloney, one of the best WD’s in the game in Kate Eddy and utility Hannah Mundy. Elite midcourt: tick.

And Jo Weston leads a fearsome defence which caused 181 gains and allowed just 824 points against, both good for second best in the comp. Scary defence: also tick.

Perhaps the only knock on this super solid Vixens side is that they rarely blow sides away, particularly in the second half of the season. Since their Round 7 loss to the Magpies, the Vixens have had an average winning margin of 3.5 points and a highest winning margin of six.

A middling points-scored-for total sees them put up an average of 61.4 points a game but their rock-solid defence allows just 59.3. So, it’s pretty tight.

When you compare that to their opponent, who averages 72 points for, 66 against per game and average winning margin of nine, we’re looking at a side that wins close ones going up against one built to blow teams out. Kind of sounds like what happened in the major semi, doesn’t it?

We’re also talking about a team that, up until two weeks ago, hadn’t lost a game in two months and well and truly had the wood over their Grand Final opponent.

As is almost always the case when playing the Fever, contain Jhaniele Fowler and you’re in with a shot. And this Vixens team have proven that theory correct on multiple occasions in the last few seasons.