Answering questions about her past has unlocked a richer, brighter future for Queensland Firebird Jemma Mi Mi.

Mi Mi will appreciate more than most the significance of this week’s Suncorp Super Netball Indigenous Round after recently embarking on her own journey of discovery about her Aboriginal ancestors.

Although she now feels a strong connection to her culture, the 23-year-old did not realise she was indigenous until her early teens.

It was never a talking point at home, and her father’s job in the army took the Mi Mis away from the indigenous side of the family in Gayndah, a citrus growing town about four hours northwest of Brisbane.

When she commenced secondary school, a creeping realisation that she was somehow different to her friends sparked a conversation with her parents Jim and Monica. 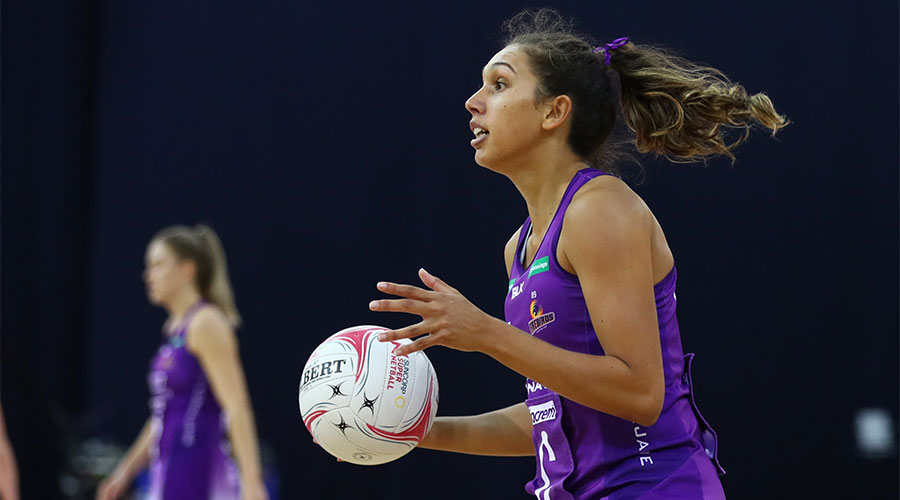 “Dad was in the army and we moved around a lot. So, I didn’t have a connection as a kid to Aboriginal culture,” Mi Mi said.

“I just thought I was the same as everyone else. I never experienced any racism – dad did – so I was lucky on that front.”

Jim explained he was from the Wakka Wakka people, a tribal group whose country stretched southwards from Gayndah to Caboolture on the northern outskirts of Brisbane.

That awareness of her culture answered questions and raised many more for Mi Mi who made it her mission to learn all she could about her heritage.

“Ever since then I noticed whenever I met another Aboriginal person there’d be this connection, something familiar

“I still don’t know very much but I’m learning every day and I want to know more. It helps me now, understanding little things about myself and why I am the way I am.

“It’s sad that a lot of that information has been lost because nothing was written down. It’s all word of mouth.”

Mi Mi’s newly discovered link to her family’s country is just a fragment of the well-rounded, fascinating person she has become.

She has commenced a Bachelor of Clinical Exercise Physiology degree at QUT and hopes to one day use the qualification to work in aged care.

On top of that she works part time in an administration role for a steel company, and is an ambassador for the One Netball Community Awards which recognise the achievements of those who create a safe, inclusive and welcoming environment through netball.

Somehow, Mi Mi squeezes in netball. To that end, she has only scratched the surface of her talent.

The midcourter is in her third season with the Firebirds after deciding as a 20-year-old she had to choose between an elite path in either netball or touch football.

Only when that was settled did Mi Mi fully commit to a transition from defence into centre and wing attack.

“I feel a lot more confident in my two positions now,” she said. 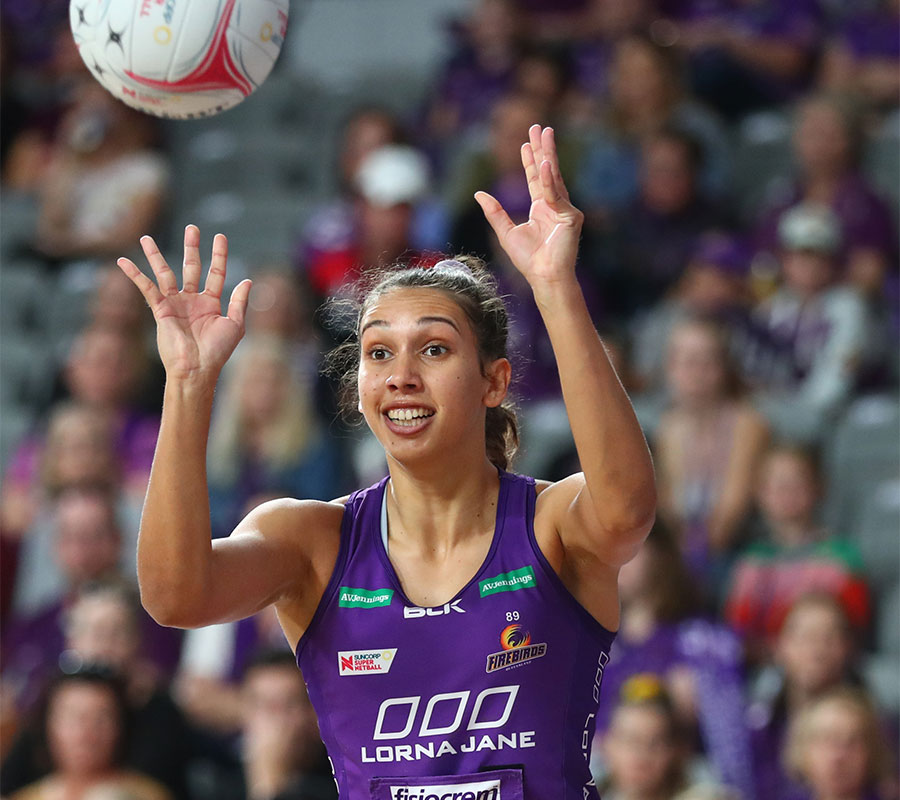 Mi Mi always had the speed and athleticism to be successful in the midcourt. Her court craft is growing, fast tracked a little by mentoring from captain Gabi Simpson and Caitlyn Nevins.

“Gabi’s an all-out leader. Despite all the questions I bombard her with, sometimes she turns her back a little, encouraging me to make my own decisions,” Mi Mi said.

“Rather than just feed me answers, she wants me to take a risk and back myself. It’s awesome she has the confidence in me to do that.”

Having found her mob on and off the court, Mi Mi has lifted in the absence of injured centre Mahalia Cassidy.

No longer is she an impact player. Starting last week against West Coast Fever, and continuing against the Melbourne Vixens on Sunday in Brisbane, Mi Mi must take ownership of the Firebirds’ midcourt.

“I feel I’ve had to step up to be a starting seven player,” she said. “It’s a different mentality, going from being an impact player to playing four quarters.”