With just two days to go until the 2020 Grand Final between the Vixens and Fever, we take a look at some of the matchups we think could decide the outcome.

The best in the business going up against one of the surprise players of the 2020 season, our first key matchup is between two of the most prolific feeders in the competition.

What can we say about Liz Watson that hasn’t already been said?

Her ability to make the right decision with ball in hand is the main reason why this Vixens attack end is almost impossible to stop and, despite missing two games through injury, is the reason why she leads all players in feeds (530) and goal assist (329).

While it won’t be her responsibility to slow down Watson, it will be up to Emma Cosh to try to keep pace with the dominant Diamond up the other end.

Since the Fever’s number one Wing Attack option Ingrid Colyer went down with a knee injury, Cosh has stepped up and shared the primary feeder role with Verity Charles.

Over the past seven matches she’s racked up 177 feeds and 123 goal assists, including a huge 27 assist and 43 feed Player of the Match winning performance in the Preliminary Final last Sunday.

This is a battle between two very efficient attack ends so whichever team blinks first may quickly find themselves in a hole, which is why it’s so important these two feeders are on from the get-go on Sunday.

Probably the biggest talking point coming into this game is whether the league’s toughest defence can shut down the most prolific scoring side the league has ever seen?

What more could you ask for? We’ve got a Grand Final played between the team that allowed the least amount of points against in the regular season in the Melbourne Vixens (769) coming up against a Fever side that averages 69 points a game.

It’s going to take a mighty effort from the Vixens defenders to keep back-to-back league MVP Jhaniele Fowler and Alice Teague-Neeld in check, and how successful they are could determine the outcome of this match.

Teams that have had success against the Fever defensively have double teamed Fowler and forced Teague-Neeld to keep the scoreboard ticking over. The Vixens did this to perfection in Round 5 when they held Fowler to a season low 49 points, Teague-Neeld to just two and won by nine.

It was a different story when the two sides met again in Round 10, where the Vixens had to fight back from an 11 point deficit when Fowler dropped 59 on them in a thrilling draw.

The Fever like to move the ball quickly down the court to catch teams out of position and setup easy goals. Look for the Vixens to try to muddy things up and slow it down so they can play their brand of defence.

What is that brand? Unlike the high intercept causing Fever, the Vixens strangle their opposition and force them to make mistakes. They force you to make difficult passes and settle for tough shots then rebound hard.

The outcome of the game just might depend on it. 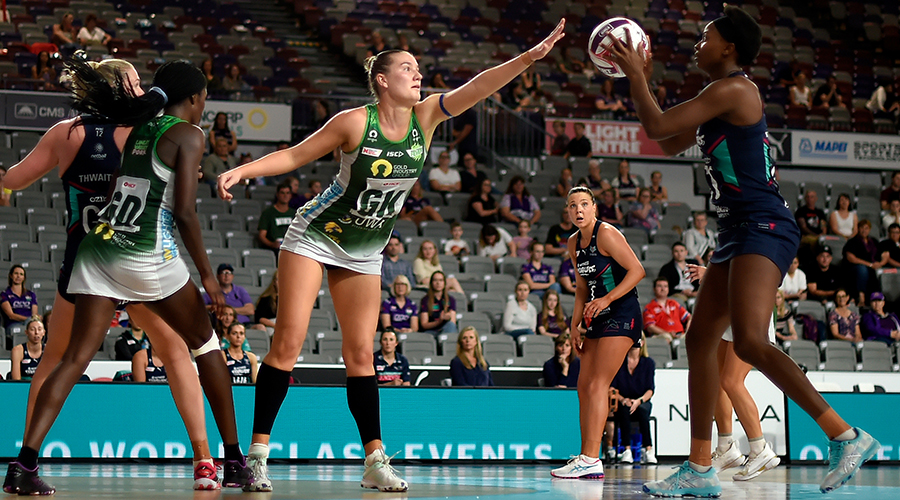 While most of the attention will be firmly placed on our previous matchup, do not forget about the huge battle that will be taking place down the other end of the court between Mwai Kumwenda and Courtney Bruce.

Kumwenda has quietly put together one of her best statistical seasons, scoring 383 points from 419 shots at 91.4% shooting accuracy.

Maybe the most impressive thing about Kumwenda’s play this season has been the way she has adapted to the Super Shot, hitting 24 two-pointers from 43 attempts.

And it’s this ability to hurt teams from under the post and from distance that will worry this Fever defence.

But, like we said in our Grand Final Tactics article, do not sleep on the Fever defence, which led the league in turnovers from interceptions and gains combined and allowed the third least amount of points in the second half of the season.

While it will take a team effort to stop the Vixens attack end, it will be up to captain Courtney Bruce to play on Kumwenda for most of the match. And you couldn’t ask for anyone better to do that job.

Bruce has been unbelievable this season. In her 14 matches she has 42 intercepts, 36 defensive rebounds (both good for 2nd most in the competition), 97 deflections (3rd most) and a league leading 114 gains.

With the Fever attack routinely scoring 70+ points per game, the pressure will be on Kumwenda and the Vixens shooters to keep up. If Bruce can nullify the crafty Malawian and keep those turnovers coming, this one could get out of hand quick.