The Melbourne Vixens’ dominant goal circle will remain with Mwai Kumwenda, Tegan Philip and Caitlin Thwaites all re-signing for the 2020 season.

The three became well acquainted at the backend of the 2019 season when Kumwenda returned in Round 11 from her ACL injury.
Thwaites, who has notched up 216 games, said she was thrilled to re-sign with the Vixens for another year.

“I’m very excited to be back on board with the Vixens next year and am looking forward to building on what was a great first year back in the old colours,” said Thwaites.

“Obviously we are wanting to learn and build on what we put out there this season and after the Diamonds tour and a bit of time off, I’ll be ready to get into pre-season and try to go two spots better in 2020 with this great group.” 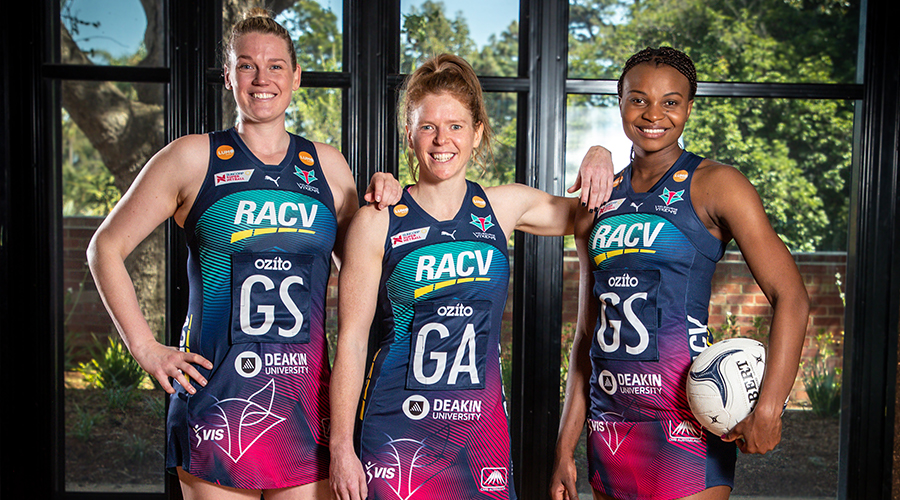 118-gamer Philip became the highest capped Vixen in round 10 and is looking forward to 2020.

“I’m really excited to sign with the Vixens for another year and to be a part of this group with Caity and MJ,” said Philip.

“Obviously MJ came back later in the year so to have a pre-season together behind us, I’m looking forward to what we’ll bring in 2020.”
Malawian superstar, Kumwenda is excited to be re-signed with the Vixens.

“I am so happy to re-sign with the Vixens who has been a team I always wanted to be a part of – this is a dream come true,” said Kumwenda.

“The players and staff have really helped me in a difficult year after I did my ACL, but together we worked hard and got to the end and I cannot wait to get back out on court with them next year.”

In preparation for the 2020 season, the Melbourne Vixens will also implement a development squad to continue to prepare a develop athletes for the Vixens environment, allowing them to see firsthand what it takes to become an elite athlete.

The Vixen's List Management Committee will identify approximately 10 athletes (including signed training partners) to work alongside the Melbourne Vixens team over the pre-season period, ensuring the Vixens have a pipeline of talented athletes ready for the rigours of Suncorp Super Netball.

The list of identified athletes will be announced later this month.