Dunkley, 24, is an all-around mid-court player who can cover all three positions. She captained the Victorian Fury Team in 2018 before being elevated to the Vixens squad as a replacement player for the full season in 2019.

She has been learning her craft under such players as Renae Ingles, Kate Maloney and Liz Watson in the Vixens mid-court and will be a valuable asset to the Firebirds line-up.

Like her teammate, Gretel Tippett, Dunkley has a strong family connection with AFL. 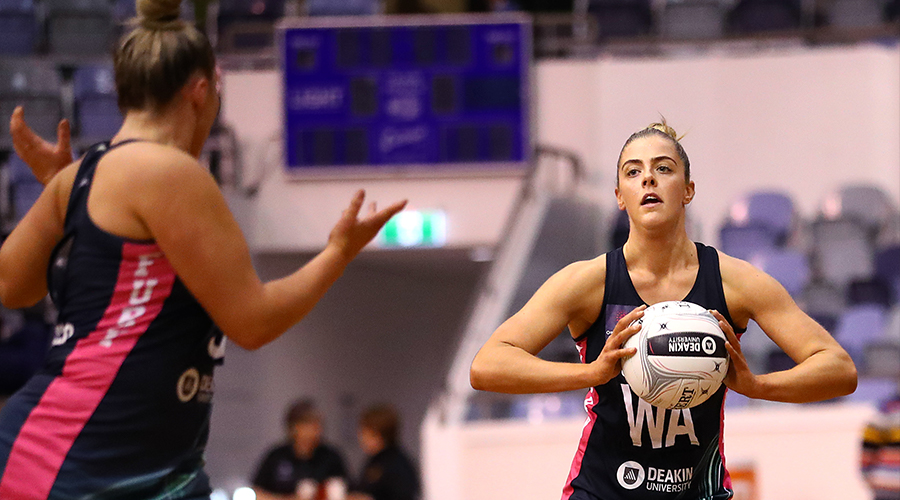 Her father is Sydney Swans Hall of Famer Andrew Dunkley and she has two brothers playing AFL – Josh Dunkley is a premiership player for the Western Bulldogs and Kyle Dunkley was recently drafted for the Melbourne Demons.

Dunkley made her SSN debut in the Vixens’ Round 6 10-point win over the Sunshine Coast Lightning, 52 – 62, playing wing attack. Her debut came just a week after fellow recruit, goaler Ine-Mari Venter.

Contracted as a temporary replacement player, Dunkley will be part of the Firebirds 2020 playing roster until Cassidy is fit and returns to the SSN competition.

Netball Queensland GM High Performance Richard McInnes said Dunkley brought strong mid-court skills to the team and her character was a good fit for the Firebirds.

“When we look for new players, we have one eye on their on-court skills and abilities and the other eye on their off-court persona; will they be a good fit and will they add to our positive team culture,” he said.

“Lara is a real team player and has a lot of promise at the SSN level. She’ll help us cover that mid-court while we wait for Harls to come back,” he said. “We are very keen to get Harls back in purple, however as a Club we need to ensure we are well prepared for the 2020 season, and bringing a player like Lara in will help us do that,” he said.

Firebirds Head Coach Roselee Jencke said she was excited to have Dunkley on the Firebirds team and part of a new-look centre court for 2020.

“Having the flexibility to use Lara across three positions is beneficial and will give us added advantages when it comes to match-ups and opposition strengths,” she said.

“I’m looking forward to seeing how all these athletes work together. It’s going to be an exciting season,” she said.