Following the news that Melbourne Vixens star Liz Watson will miss the 2021 season, we discuss life after Liz and how the Vixens might try to replace her.

If you had asked Melbourne Vixens fans at 9.59am yesterday which player they could least afford to have sit out the 2021 Super Netball season, 99% of them would have supplied one name.

Liz Watson might just be the most irreplaceable player in the competition and, following yesterday’s announcement that she will miss the 2021 season as she has a bone in her foot surgically repaired, the Vixens will now have to try and do just that.

I wrote in my Keys to Success piece last week that the Vixens need to come up with the 451 points that walked out the door when Caitlin Thwaites and Tegan Philip retired following their Grand Final victory.

Well, achieving that already difficult task without your reigning assists, feeds and centre pass receives leader will truly be an achievement worthy of a song. A song Vixens fans will be singing to their children for generations to come if written.

Always smiling no matter what 🥰 The road to recovery begins.

Now that we’ve all had a chance to Google what the Navicular bone is and calm ourselves, what do the Vixens do now? Who steps up?

Where do those 587 feeds and 367 goal assists come from in 2021? What about the 284 centre pass receives Watson managed to claim? It should be said that all these eye-watering stats came from just 12 regular season games and two finals matches. She’s truly on another level.

Internally, I don’t see anyone on the current senior squad that can move into that now vacant WA position. Kate Moloney is arguably the best Centre in the competition and I think it would hinder more than help the Vixens if she was taken out of there. Same story with Kate Eddy, taking the WD bib off her would really hurt what made the Vixens so great last year. Same goes for Allie Smith, who is a very exciting WD/GD prospect, not necessarily a bustling and creative WA.

It would make sense to give Training Partner Tayla Honey, who showed flashes in her minimal court time last season, a full contract. She’ll obviously be well acquainted with the team and would have had plenty of reps with the first team over the summer while Watson was away with the Diamonds and sitting out the practice matches.

Externally, there are some interesting options out there, but one that I think makes a whole heap of sense. 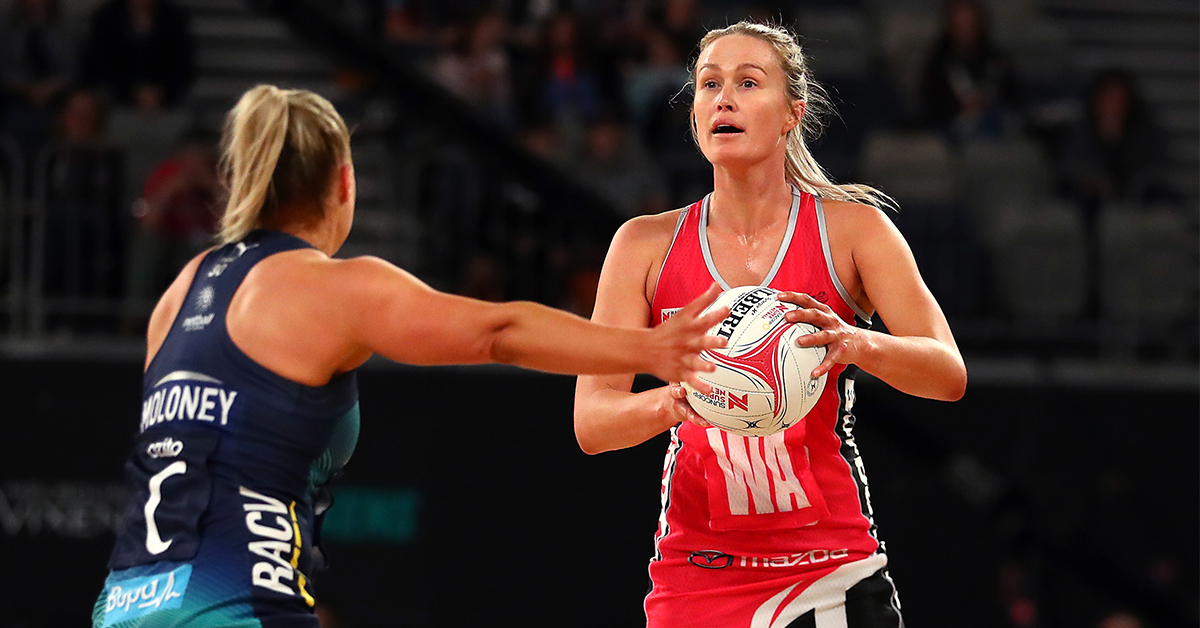 32-year-old former World Champion and Commonwealth Games gold medallist Chelsea Pitman led the Adelaide Thunderbirds in feeds and goal assists as well racking up the tenth most centre pass receives in the competition in 2020.

Bizarrely, her contract was not renewed by the Thunderbirds. If the Vixens list managers aren’t at least kicking the tires on Pitman then there’s clearly something going on with her we don’t know.

Don’t count it out, but I would say it’s almost impossible to see an international player coming across to fill the hole. Even if immigration laws weren’t a nightmare at the moment, the ANZ Championship season is due to start in two weeks and the Vitality Super League is nearing its midway point, ruling out most of the New Zealand and English talent.

Maybe there’s an African or Caribbean based attacking midcourter out there that the Vixens are eyeing off that we don’t know about? The recruiting team have shown that they have their eyes on both areas of the globe, signing Mwai Kumwenda out of Malawi, Ine-Mari Venter out of South Africa and Kadie-Ann Dehaney out of Jamaica in recent years.

In the end, it’s a real bummer to even have to write this article. Sporting competitions are always better when the best athletes are playing, and Liz Watson might just be the best going around.

Knock on every piece of wood you walk by and avoid black cats, netball fans, and join me in hoping this is the last time we have to discuss injuries this season.