The Sunshine Coast Lightning are through to their third straight Suncorp Super Netball Grand Final after defeating the NSW Swifts 58-goals to 48 at USC Stadium in game one of Semi-final weekend.

The Sunshine Coast Lightning are through to their third-straight Suncorp Super Netball Grand Final, after defeating the NSW Swifts 58-goals to 48 at USC Stadium in game one of semi-final weekend.

The Lightning were relentless, from start to finish, taking the lead early in the second quarter and never letting the visitors back into the game in one of the most comprehensive team performances of the season.

The match got off to exactly the start you would expect from a top of the ladder clash, with the skill levels high and pace of play through the roof.

The Lightning came out playing the dogged and frantic brand of netball that we’ve come to expect from the minor-premiers, with Laura Langman and Madeline McAulliffe making life difficult for the Swifts to get into scoring positions.

The visitors stuck to their guns and slowed the game down, methodically moving the ball through the Lightning defence and feeding their super dangerous shooting circle of Helen Housby and Sam Wallace and jumping out to a 12-goals to 9 lead in the late stages of the quarter.

But the Sunshine Coast are a tough team to shake and, spurred on by some spectacular defensive work by Phumza Maweni, they came storming back to trail by just one goal at the first break.

Enter Cara Koenen, who took the game by the scruff of the neck and went on a five-goal tear as the Lightning jumped out to a three-goal lead with five minutes remaining in the quarter.

Swifts head coach Briony Akle acted quick, adding some extra size to the shooting circle, bringing on Sophie Garbin for Housby. And the move had an immediate impact on the match as NSW scored six of the last ten goals for the quarter to cut the Lightning’s halftime lead to just two.

Whatever Sunshine Coast head coach Noeline Taurua said at the halftime worked because her team responded by playing one of the quarters of the season. 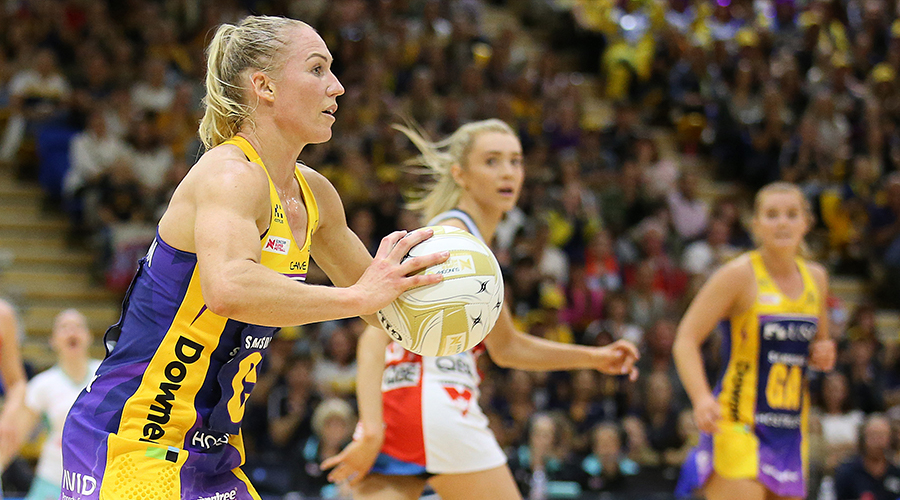 Nissan Player of the Match and Lightning captain Laura Langman put on a clinic at the centre position, dominating the Swifts midcourt and racking up six of her eventual 20-goal assists in a gigantic third quarter.

Trailing by ten to start the final quarter, it was always going to take something special from the Swifts and they just couldn’t overcome a relentless Lightning team who never took the foot off for the full 60-minutes.

It was the defensive effort, not just by Pretorius and Maweni, that sealed the game for the home team, who picked off nine intercepts and frustrated the Swifts attack end all game.

The Swifts kept fighting hard to the final whistle, going goal for goal with the Lightning in the final 15-minutes. But when the final siren blasted, the scoreboard read Lightning 58, Swifts 48.

The Sunshine Coast will now enjoy a week to recover before hosting the Grand Final on Sunday September 15, while the Swifts will take on the winner of tomorrow’s minor-semi final between the Melbourne Vixens and Collingwood Magpies.