For the first time in franchise history, the Sunshine Coast Lightning are the minor premiers after beating the Adelaide Thunderbirds 58-goals to 37 at USC Stadium.

The Sunshine Coast Lightning are the 2019 minor premiers after defeating the Adelaide Thunderbirds 58-goals to 37 at USC Stadium on Saturday night.

After the comprehensive win, the Lightning will now host the NSW Swifts in the first semi-final next Saturday afternoon.

Things were tight early on as both teams felt each other out, going goal-for-goal for much of the opening 15-minutes.

Adelaide defender Shamera Sterling continued her unstoppable form, ripping down three of her five interceptions in the first quarter. 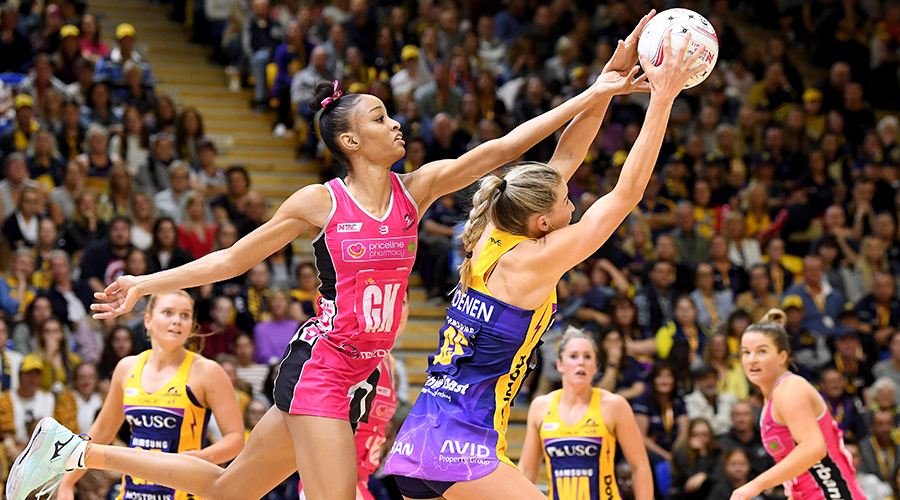 Up the other end of the court, The Thunderbirds shooters were also feeling it, shooting a perfect 15-goals from 15-shots as the visitors took at 15-goals to 11 lead into the first break.

The momentum of the game swung dramatically from one side to the other in a fiercely contested second quarter.

Lightning coach Noeline Taurua made the move to swap shooter Peace Proscovia for Cara Koenen, and the move paid off immediately, as the super mobile shooting circle of Koenen and Nissan Player of the Match Steph Wood stretched the Adelaide defence.

Koenen scored eight of her eventual 30-goals in a relentless second quarter which saw the Lightning take a two-goal lead into the major break after the Thunderbirds could only manage seven-goals in the term, the lowest total for any team this season.

It was more of the same for the Lightning in the third quarter, as their unstoppable midcourt of Laura Langman, Laura Scherian and Maddy McAuliffe transitioned the ball from offence to defence smoothly and fed their shooters effortlessly.

The Thunderbirds on the other hand couldn’t get anything going in their attack end, missing all of their first five shots of the second half. 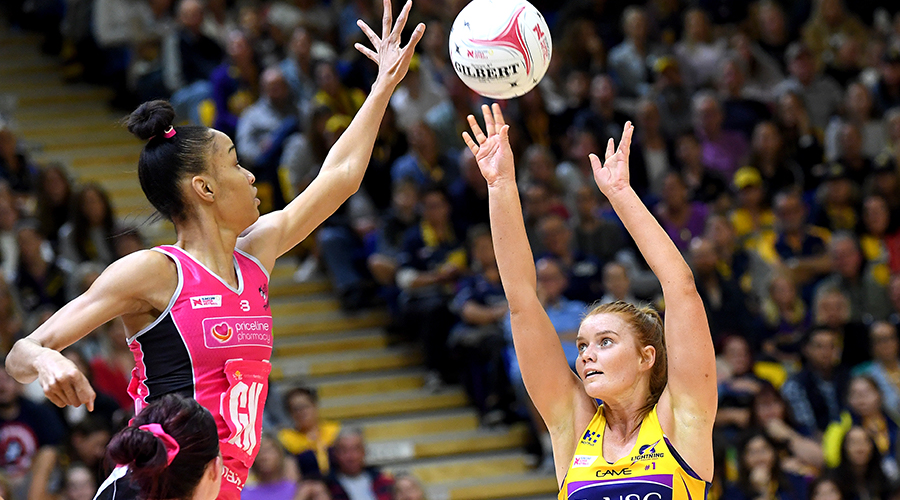 And the Sunshine Coast made them pay, jumping out to a 42-goals to 30 lead at the final break.

After a slow start to the match, Karla Pretorius and Phumza Maweni dominated the Thunderbirds shooters, allowing just 30-goals in three quarters while also combining for six intercepts for the game.

The Thunderbirds just couldn’t crack the Lightning defence in the second half, and it took the them six-minutes to score their first goal of the final quarter.

It was a clinical performance from the Lightning, who secured the minor premiership with the win.

The Lightning will now take on the Sydney Swifts at USC Stadium next Saturday afternoon in a top of the table clash that will see the winner host the Grand Final on Sunday September 15.