That was the message from Queensland Firebirds captain Gabi Simpson ahead of the explosive all-Queensland elimination final this Sunday at the Brisbane Entertainment Centre.

Sunshine Coast Lightnin’s Captain Mentor lit the fuse for a huge showdown earlier this week when she fumed about the Firebirds marketing campaigns that positioned them as the only team in Queensland.

Simpson said the Firebirds had nothing but respect for the Lightning but fired a shot back by declaring Queensland just one battleground on the way to winning the bigger war.

“We need to put out a good performance and friendship is not going to get in the way of that.” 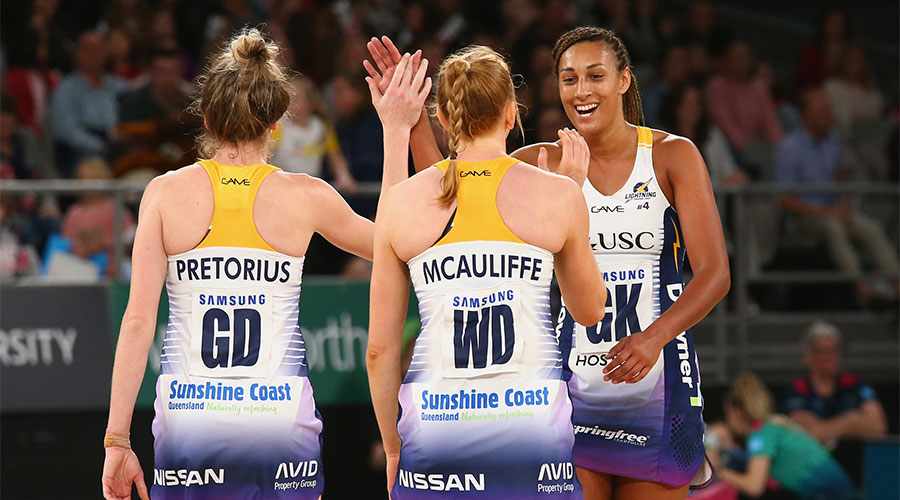 Mentor’s claim that the Firebirds stance was ‘quite rude’ was built on their use of stubby coolers with a map of Queensland branded as ‘Firebird Territory’, as well as the Firebirds’ social media hashtag #iamqueensland.

The call-out has led to questions in some quarters about whether the Firebirds should drop the Queensland from their name and change to the Brisbane Firebirds.

“I haven’t really thought about changing the Firebirds name, to be honest, but for now we are the Queensland Firebirds and we are very proud of it,” Simpson said.

“We have a lot of respect for Lightning. They’ve come from scratch last year, they’ve built themselves up, won a premiership.

“So, there is a lot of respect there.

The match will be played at the Brisbane Entertainment Centre this Sunday, close to the Sunshine Coast and with plenty of seats available for rival supporters.

Simpson welcomed the atmosphere that will bring.

“I think the beauty of this game is there might be a few more supporters for the other team which creates an amazing atmosphere.

“We want it to be as purple as possible, but how good is a bit more atmosphere there.”

Karla Pretorius was the MVP in last year’s Grand Final win for Lightning, played on this same court at Boondall.

The no-nonsense defender downplayed any talk of disrespect between the two sides and said actions would speak louder than words. 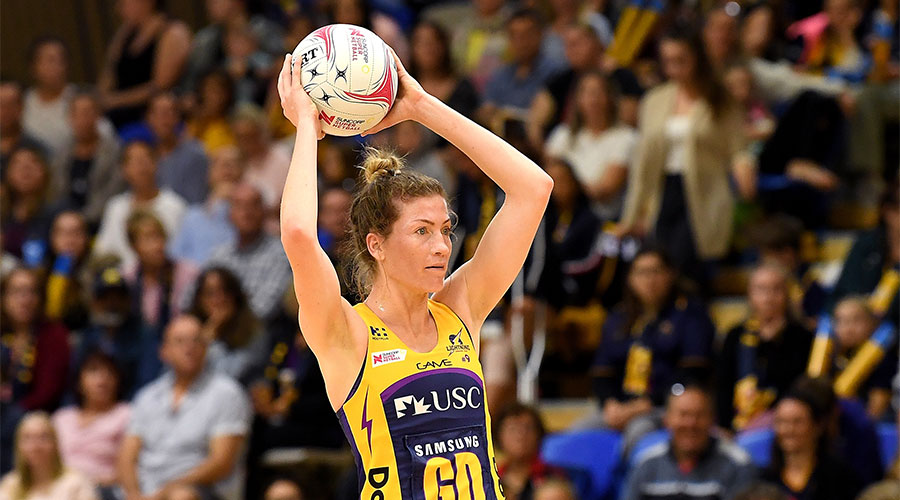 “We respect them, and we know they respect us,” Pretorius said.

“The ultimate thing that matters is what’s going to happen on Sunday.

“Anything can be said off court, I think what matters is what’s going to happen on Sunday.”

But the Firebirds may have a trap in waiting. The bonus point system this season has forced the Firebirds to alter their usual style of working their way into matches.

“(No bonus points) takes a little bit of pressure off, that’s for sure,” Simpson said.

“Our team, we really like to build into games so it’s nice to be able to not have to worry about that one point in that first quarter and just build into it, so we can finish really strongly.”

After losing the first three rounds of the regular season, there were doubts that Lightning would even be here to defend their title.

But Pretorius said the hard road had only made them stronger as a unit.

“Sometimes people take the highway to the end point, I think we took the scenic route,” she said.

“Out of those trials and tribulations you can either weaken or you can get stronger. We chose to become better out of it.”