Ever heard a coach going ballistic on the sideline because one of their players is contacting or obstructing constantly?

Listen out at a Suncorp Super Netball game and you’ll be sure to hear a coach occasionally giving a player a spray because they’re constantly out of play.

Why? Netball is a game of pressure, and if players are standing out of play all the time, it makes it so easy for the opposition to feed the ball in, because you’re a player down.

I know as a goal keeper I always asked my WD and C to keep their opponents out of the middle channel – I never wanted them in the middle channel because then they have both sides of the circle to throw to. And I wanted hands over the ball, because then the pass would have to go high, which gave me a better chance of getting it. But as soon as you’re out of play the GK’s chances go down massively, because the opposition has a spare option and the pressure is released.

So take a guess at how many times Sunshine Coast Lightning goal defence Karla Pretorius (70.2 Net Points average) has obstructed during the first six rounds. 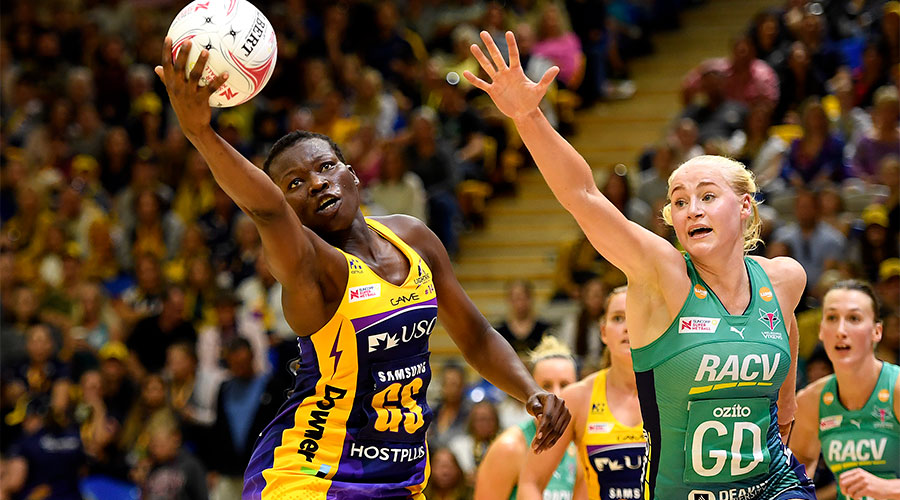 It’s an amazing statistic, and it shows the incredible discipline that she has. Karla has 62 penalties (obstructions and contacts) overall for the season, along with 38 gains, meaning that for every turnover she gets for her team, she’s out of play less than two times. Diamonds goal defences Jo Weston (29.8 Net Points average) and April Brandley (27.6 Net Points average) have 71 penalties and 15 gains, and 75 penalties for 21 gains, respectively – a ratio of around 5:1.

Karla has four of the top five Nissan Net Points scores among goal defences this season, and is one of the top 10 players overall, and part of the reason why is because of that discipline. Every penalty on court sees 0.5 Net Points come off a player’s total, so those penalties can really add up.

What Net Points is showing us is that the girls who are staying in play, it’s much easier for their team to perform defensively because they’re making it so much harder for the opposition to score. They’re not giving them many easy goals.

Compare that to the eighth-placed Queensland Firebirds, whose 427 contacts and obstructions are 50 more than any other team. They’ve conceded seven to 10 more goals per game than the top three teams, so you start to get an idea of how damaging it can be.

Now don’t get me wrong, I don’t mind a contact! In one of my seasons I think I had more than 300 penalties for the year. I was REALLY bad, but I also got a fair bit of ball. I don’t mind contacts sometimes because you’re competing for the ball, but it’s those late, messy contacts that are the frustrating ones. If you know you’re not going to get it, just be a bit smarter because you’re going to have more effect for team to let them catch that ball, get your three feet, get your hands up and put pressure on that next pass, because then it’s more likely that your teammate will get that one. 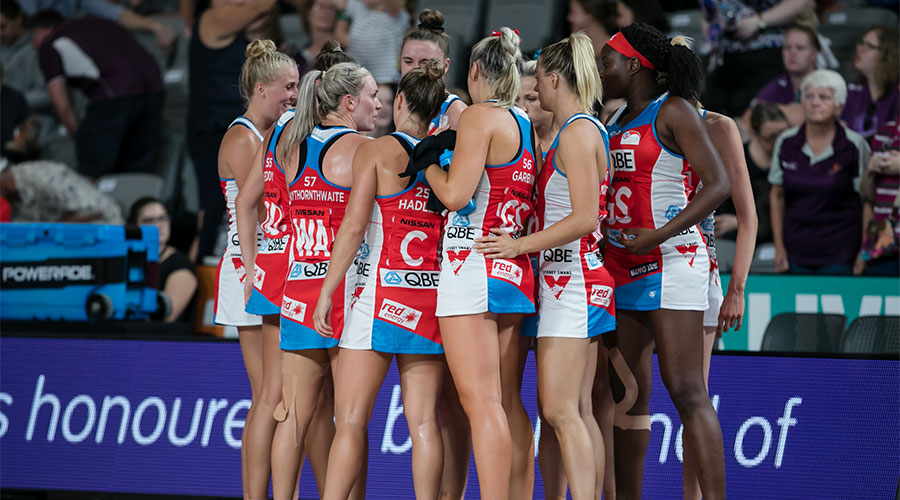 We know that the NSW Swifts are high flying this year and how much they’ve stepped up.

The belief that coach Briony Akle has in the team has shown, along with Maddy Proud’s (70.6 Net Points average) leadership out on court. We can see all this from the outside, but what does it actually mean?

The really amazing part about that is how well the Swifts players are resetting between each quarter. Whatever Briony is saying at the breaks, she’s obviously really great at keeping the girls focused. It’s super rare that you’ll find a team that’s winning but doesn’t lose a quarter somewhere because they take the foot off the pedal.

But at the moment, every single quarter the Swifts are like, ‘We’re not done here, we believe’, and they keep pushing on.

It’s phenomenal to be able to keep your players engaged for the full 60 minutes. It’s the dream. Well done Briony!