How much does the loss of one player impact on a team?

We’ve already had one team answer that question this season when the West Coast Fever lost goal keeper and captain Courtney Bruce for multiple games and they struggled badly without her. And now we’re about to find out how the NSW Swifts handle it, after captain and wing attack Maddy Proud (71.1 Net Points average) was ruled out for 12 months with an ACL injury.

The Swifts have been killing it so far, and it’s going to be interesting to see if they can maintain it with Maddy gone. 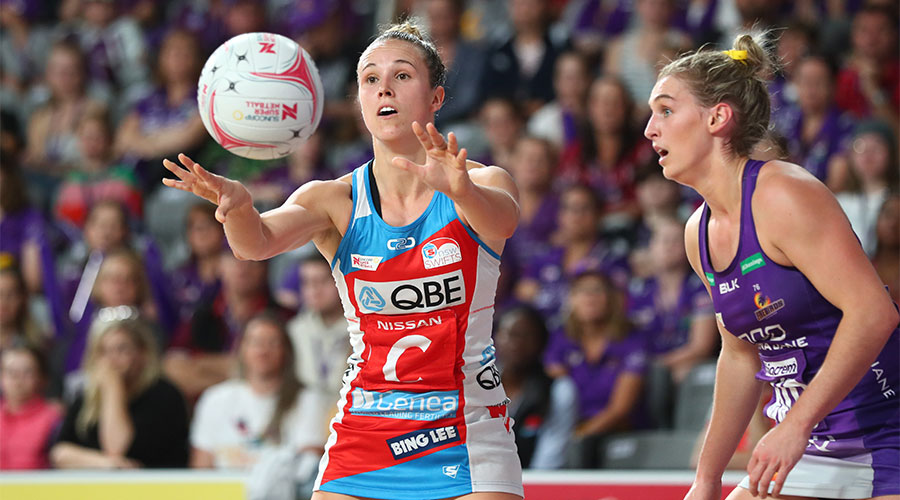 In a sport with only seven players on court for each team, losing a player definitely has a huge impact, and Maddy has been such a phenomenal leader this year, with the way she’s able to calm the team, the energy she brings and the way she pushes them in the huddle. The question will be whether Paige Hadley and Helen Housby and a few others girls with a bit more experience can step up into that role.

Personally, I think the Swifts will be OK, and here’s why.

Because Helen – whose Net Points average of 86.1 is the fourth-highest in the league – is so dominant on centre pass receives, it won’t affect the Swifts’ attacking structure too much. Helen’s 158 centre pass receives is the fourth most of any player in the league, and the rest of the top six are wing attacks. If Maddy was the go-to girl on centre passes then losing her would change their entire structure, but Maddy isn’t in the top 10 for that statistic, so really they just need someone who can jump in on the odd occasion that Helen is covered.

It’s certainly not as detrimental as it would be for, say, the Sunshine Coast Lightning, where Laura Scherian (48.4 Net Points average) has 208 centre pass receives – 42 more than anyone in the competition and 71 more than Lightning goal attack Steph Wood. 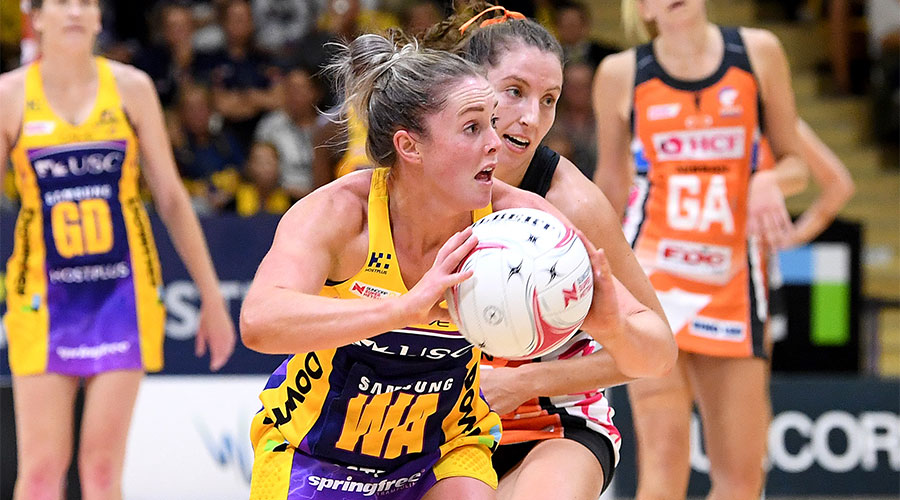 Also in the Swifts’ favour is the fact that they’ve still got half a season to work through it. If it was two weeks out from finals then you might be worried, but they’ve got enough time now to settle someone else into that position.

Natalie Haythornthwaite should be back after the World Cup, which is a real plus for the Swifts and couldn’t have come at a better time. The one thing Haythornthwaite might be at risk of is not being as controlled with the ball as Maddy was. With such a heavily possession-based team, those quick decisions and consistency are crucial. But the fact that she knows Helen Housby so well is a huge bonus.

Maddy is irreplaceable, of course, but she doesn’t play in the defence end, and that’s where the biggest improvement has been for the Swifts this year. They’re conceding the least number of goals per game of any team in the competition, and that’s why I think they’re still the premiership favourites. Since 2013, the team that’s finished with the lowest number of goals against at the end of the home and away season has gone on to win the premiership (OK, before you all yell at me, in 2018 the Lightning had the second-least number of goals against, but it was only by one goal!). Defence wins premierships, so while Sarah Klau, Maddy Turner and Kate Eddy are still out there, the Swifts will be just fine.

The first half of this SSN season has been awesome and definitely unpredictable.

Fever found themselves in a tricky spot while Courtney Bruce (66.3 Net Points average) was out and they lack the strength they had last year. Jhaniele Fowler stands up again and again for the West Coast side.

Adelaide Thunderbirds are doing better, but are still struggling despite having the most consistent player in NetPoints Team Of The Week, GK Shamera Sterling.

Vixens are still strong but have shown their weaknesses in the first half of the season. If a team gets a jump on them, they struggle as a unit to get the ball back defensively to play catch-up. 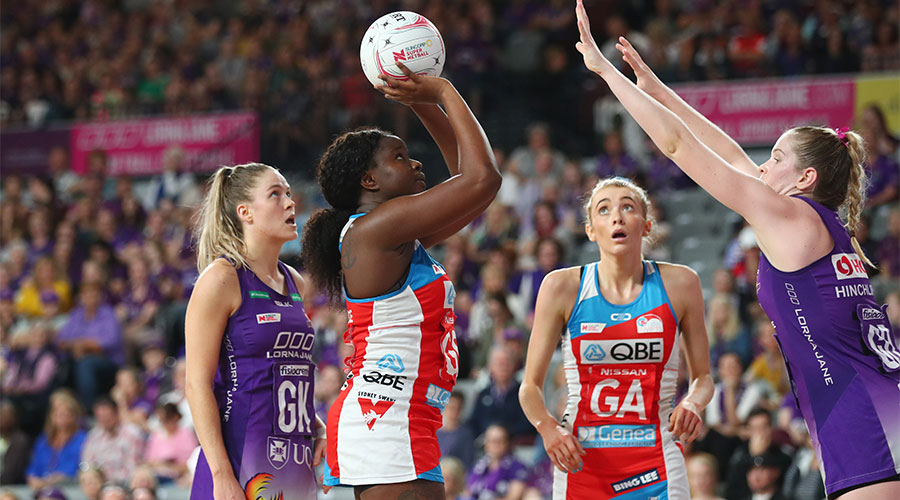 Firebirds are weaker than we have ever seen them. In saying this, Gretel Tippett is playing her strongest. It’s definitely a redevelopment year for the Queensland side, and the defensive pair of Tara Hinchliffe (38.1 Net Points average) and Kim Jenner (56.5 Net Points in Round 7) has A LOT of potential.

Giants had a slow start but we can’t rule them out. Jo Harten (47 Net Points average) has been quiet compared to her own standards but Caitlin Bassett is almost back at full strength. They will be the team to watch in the second half of the season.

The mighty Magpies appeared to be a new side last week, but they need to play with that fight and intent every minute of every game if they are going to work their way back into the top four. With Shimona Nelson (55.3 Net Points average) being the second highest goal scorer, Magpies need to continue to reduce their errors to get into contention.

The Swifts have been my standout. I love them – their teamwork, energy, how they play the game and get around each other. I can’t pick a fault in that side and I still believe they can finish top two for the reasons mentioned above.

Sunshine Coast Lightning are the most dangerous. I’m calling a threepeat. They have the experience and are getting stronger with every game. With the world’s best GD, the combination of Langman/Scherian/Wood and the growing dynamic of Koenan and Proscovia, and add in their finals experience, I honestly believe this side can go the whole way.