Giants Netball training partner Latika Tombs has an exceptional sporting pedigree but also, it might be argued, the misfortune to share a playing position with a family member who is the most-capped midcourter in Australian Diamonds’ history.

Says Latika’s famous mother, the 94-Test great Carissa Tombs (nee Dalwood), who admits to giving plenty of advice, while less certain of how much is actually taken on board by the eldest of her and husband Richard’s three sporty daughters.

“I do wish Latika played another position, I must be honest, because I think I know too much about being a centre court player,’’ laughs triple world champion Carissa, 49.

“So I almost think ‘poor kid, if she played somewhere else then I wouldn’t feel justified giving her all that advice.

But thankfully she’s got Julie Fitzgerald, and Julie’s fantastic. I’m sure she’s getting all the information she needs!’’ 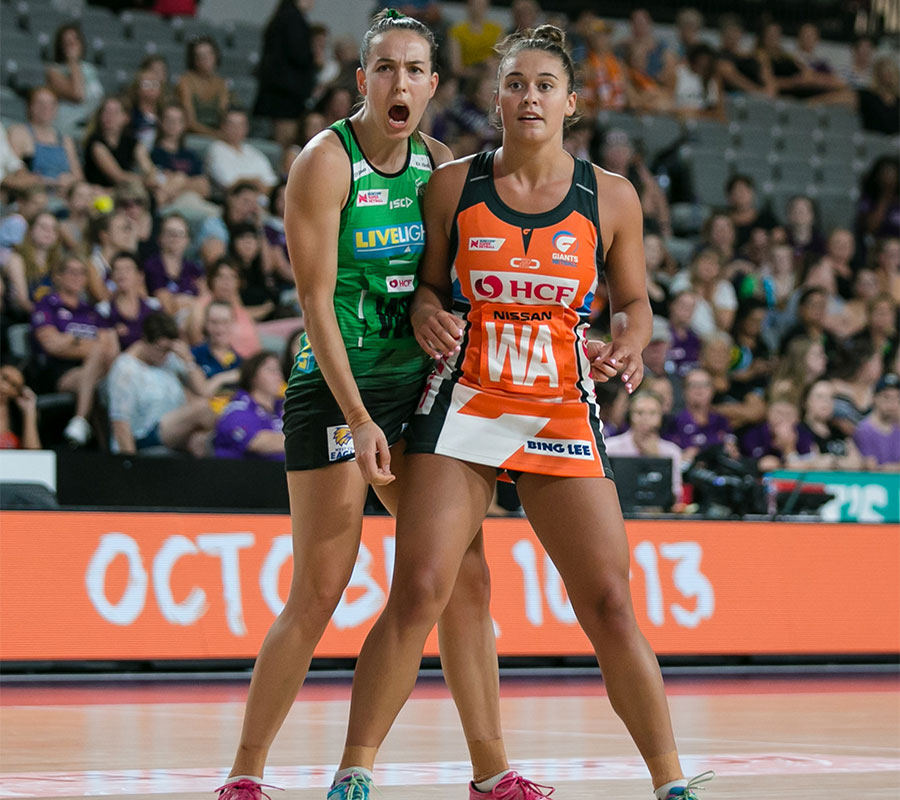 Latika started as a defender, before a relative lack of height – like her mother, she stands at around 173 centimetres – dictated she would morph into a centre/WD.

At the Giants, the strong and composed rookie is seen for now as more of a wing attack, meaning she is not just in a new environment but also learning a new role.

The 18-year-old is just happy to be there, though, with the opportunity to learn from the likes of Fitzgerald and captain Kim Green, whom she recalls watching, and admiring, for almost half her life.

Carissa doesn’t see any of herself in her daughter’s playing style, but others do. No arguments, though, about a facial resemblance that prompts dad Richard to joke that Latika is a “clone”. And none, either, about the benefits of team sport, as the Netball Australia Hall-of-Famer fondly remembers her own 12 years in the gold dress/skirt/polo. And before.

“I loved every minute that I represented NSW or Australia. I’ve made lifelong friends, and just for Latika to be in that environment and experience it I’m so happy that she gets to do that,’’ Carissa says. “Because you grow so much as an individual on and off the court, and it’s so enjoyable being an athlete in that environment.’’ 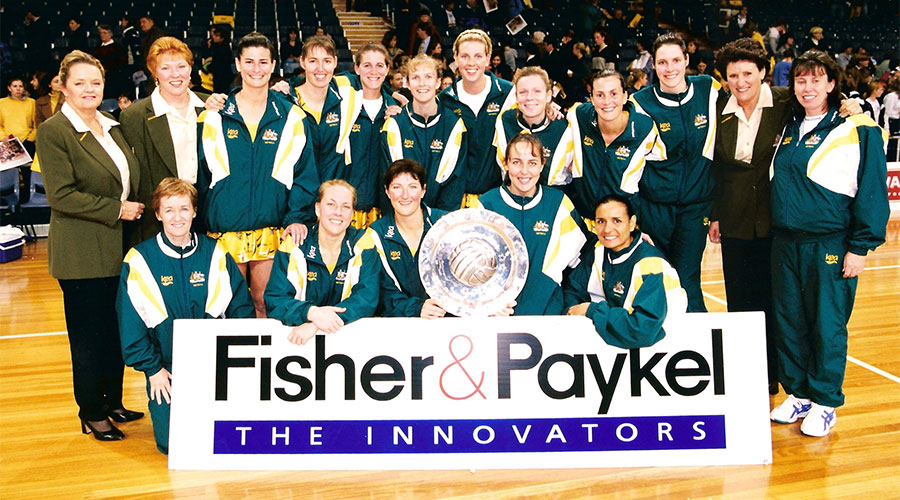 While so many of her pals and contemporaries, such as coaches Simone McKinnis, Rosele Jenkie and Nicole Cusack and Nine’s head of netball Keeley Devery, remain intimately involved, Tombs laughs that “I coach the 12A’s for Collaroy down at Curl Curl on a Saturday – that’s me!’’

She has promised Fitzgerald that she will buy a Giants scarf “as soon as you get a win under the belt. It looks like I’m not getting that scarf just yet. I really want to buy that scarf!’’

Yet, as Latika’s career is blossoming, and youngest sister Ukiesha is preparing to represent Manly at State Champs at the 12-and-under level, the Tombs family is dealing with the tragic soccer accident last August that left Richard, the former Wallaby and Waratah, as a paraplegic.

The wider sporting community has rallied, as it so often does, and one or two energetic family friends have helped to organise the “Tombsy Gala Dinner” at Star Casino on June 21. Tickets have sold out, but donations of auction items are still needed.

Particularly of the type of experiences that money can’t buy, that contacts might be able to organise. State-of-Origin tickets that include the opportunity to run out behind the team have already been donated, for example, and Diamonds coach Lisa Alexander is promising similar access to netball’s finest.

GET INVOLVED WITH THE TOMBSY GALA DINNER

On 21 June 2019, Guns Out Spinal Foundation are holding their first major fundraising event, a Gala dinner at Star Casino Sydney, to raise as much money as possible for Richard.  We will have over 800 guests attend.

How can you help?

The main fundraising on the night will be the auctions  and the success of this event is only possible with the support of individuals and organisations.

We are looking for items or experiences  big or small for the raffle, silent and live auctions.  These can range from amazing experiences, a nice bottle of wine, vouchers.

If you can assist us in anyway please contact Ebony at gunsoutfortombsy@gmail.com or 0414 810 611.

We look forward to your support as we work towards providing a much-improved outcome for Richard and his family, and eventually contributing to a cure for Spinal cord injuries and Spasticity.