The Suncorp Super Netball All-Stars have gone down against the Origin Diamonds 53 to 66 in the Bushfire Relief Match at Sydney's Qudos Bank Arena.

The Origin Diamonds have beaten the Suncorp Super Netball All-Stars 66 to 53 in the Bushfire Relief Match in Sydney.

11,067 adoring fans packed the Qudos Bank Arena to cheer on their netball heroes as they put it all on the line to help support those affected by the Australian bushfire crisis.

Despite the friendly atmosphere and goodwill between the players, all 28 athletes were playing as if the match meant everything.

It was the Diamonds who set the pace of the game early, skipping out to a ten-goal lead midway through the quarter, troubling the All-Stars with their staunch defensive and confident ball movement. 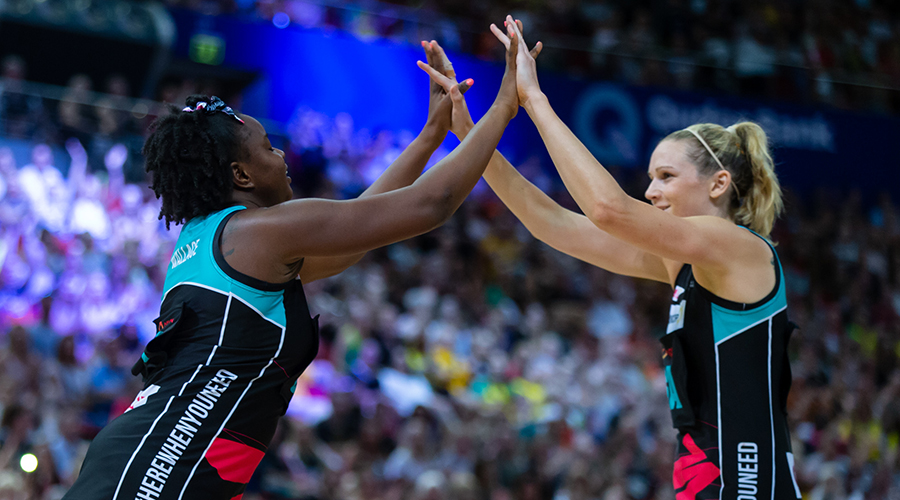 The two rule changes, the Suncorp Super Shot and rolling substitutions, played an immediate role in the flow of the match.

Head Coaches Lisa Alexander, Briony Akle and Julie Fitzgerald put their entire squads to the test throughout the opening quarter, making changes all over the court and changing the dynamic of the game constantly.

The Diamonds continued their dominance in the second quarter, extending their lead from eight at quarter time to an imposing 18 at the major the break.

Crowd favourite Caitlin Thwaites, who made her final appearance in the green and gold, brought the house down when she sunk a two-point shot right on the half time siren. Thwaites ended the game, and her brilliant Diamonds career, with 10-goals from 13-shots. 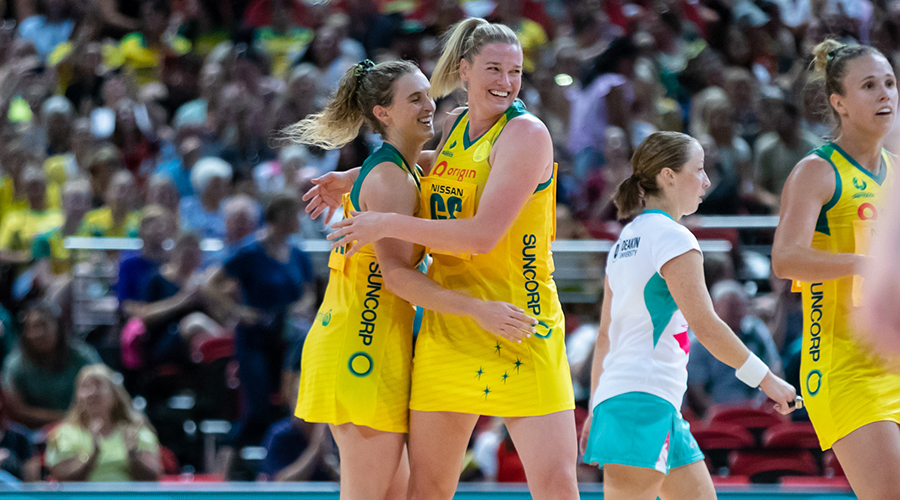 The All-Stars weren’t going to take it lying down, hitting back at the Diamonds with nine straight goals to cut the lead down to just eleven with five minutes remaining.

Again, the Diamonds skipped away, thanks to three straight Super Goals from Gretel Tippett, who continued her Liz Ellis Diamond winning 2019 form with 20-goals from 27-shots for the match.

It was the Jhaniele Fowler show in the final quarter, as the big Jamaican and West Coast Fever goal shooter took over the game, firing in seven of her 20 goals in the last fifteen minutes of the match.

Despite outscoring the Diamonds in the second half, the All-Stars could never peg back the mighty Australian’s, going down by 13-goals.

The dominant victory was the perfect send off for Diamonds Head Coach Lisa Alexander, who was thrilled to be part of this momentous occasion.

“I’ve enjoyed every moment. We’ve tried to build a high-performance program that has been the envy of the world and I think we’ve done that.”

Find out how you can help support those affected by the bushfire crisis here.

How the netball world reacted to the Super Shot