It might not have necessarily been in the plans but New Zealand Silver Ferns utility Katrina Rore is the newest NSW Swift and she's ready to take the Suncorp Super Netball Finals by storm.

London was calling. Paris, too. Liverpool had been the key destination for star Silver Fern Katrina Rore in July, and a brief UK and European holiday with husband Joel afterwards a non-negotiable before returning home.

But Sydney in August? That was never on the itinerary.

At least, not until an approach at the end of the World Cup led to an unexpected Suncorp Super Netball contract as a replacement for injured Kate Eddy at the NSW Swifts.

And it would be understating things to say that Rore, the veteran circle defender who was dropped by New Zealand for January’s Quad Series, is surprised to find herself as a World Cup-winning wing defence in a Swifts’ red dress.

“I know. How crazy! Particularly a position change, a World Cup, all of that is crazy,’’ says the 133-Test veteran. “Comparing my year last year to this year, it feels like lifetimes apart. So it’s pretty unreal.

“I feel like my story is something completely different to anyone else’s going around, but you know what? It’s made me who I am, both on and off the court. I feel like I’ve just come to the Swifts’ environment with nothing to lose, as well.’’ 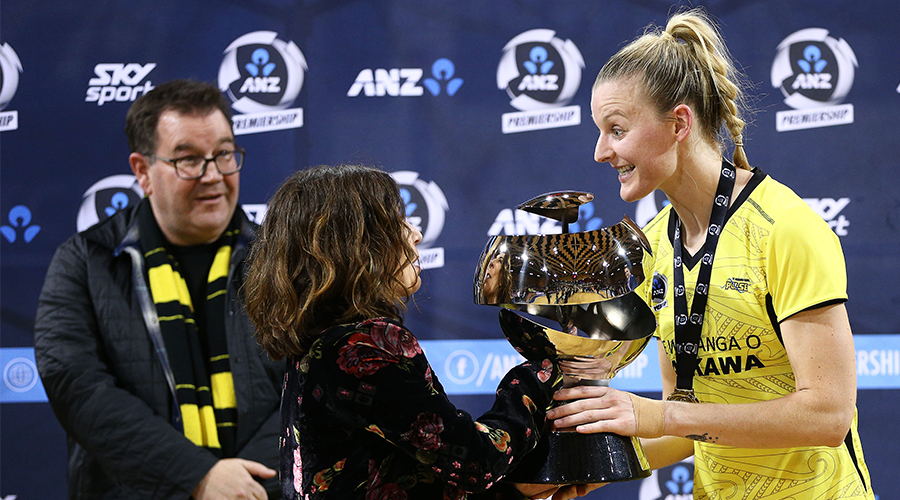 She has also come after just the briefest of stays at home in Wellington, having told the ladder-topping Swifts she would love to help them finish their season, but not until round 11, for her holiday had to come first.

So it was that the 32-year-old landed in Wellington at 8.30am last Wednesday and caught the 7am Thursday flight to Sydney, squeezed in the Friday captain’s run and played the last three quarters of Saturday’s narrow loss to the Sunshine Coast Lightning.

Fortunately, Joel was due to arrive this week with the many items his wife forgot during such a rushed overnighter, even if the essentials were safely packed. “All I needed was my netball shoes and my netball undies and I was good to go!’’ Rore laughs.

Indeed, the superfit defender seems to have the same disdain for the concept of “rest” as her friend Laura Langman, the Lightning/Ferns’ midcourt marvel. Asked what she would be doing for these two pre-Constellation Cup months if not playing for the Swifts, training, and lots of it, would have figured prominently for Rore.

“I was like ‘maybe I could be a CrossFit athlete for two months, and then sign up for a comp’. Or just do something completely different,’’ she says. “So I was on the plane on the way home going ‘I’m really thankful this came up’ because I felt like a challenge was key. Hence the CrossFit, and so this is a big challenge, as well.

“At my age I feel like if you rest too much, you lose too much! And yeah, 'Lauz' definitely doesn’t like to sit still, either. I like a bit of adventure. I definitely love sitting on the couch and watching TV, but I cannot do it for too long!’’ 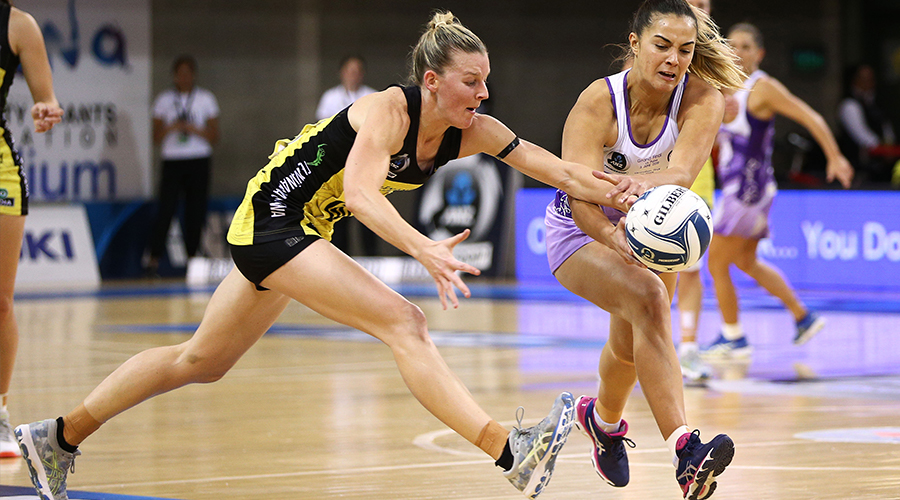 In fellow Kiwi Kayla Cullen, Rore has one very familiar face at the Swifts, and will be opposing another, former Central Pulse teammate Caitlin Thwaites, when the Vixens come to town for Saturday night’s huge SSN game as part of the Quaycentre double-header opened by the Giants and Lightning.

Having already shared in the Pulse's ANZ Premiership success, then the Ferns' triumph in Liverpool, she is having fun, and keen to contribute in any way possible, drawing upon vast experience that now includes three World Cups and a trio of Commonwealth Games.

Given that, from across the ditch, it had long been in the back of Rore’s mind that perhaps Super Netball was something she might attempt one day, the timing turned out to be as perfect as the most of a resurgent personal season has already been.

“When Kimi Poi got contracted to the Magpies, I was like ‘that sounds pretty cool. I wonder if any opportunities come up after the World Cup, I’d love to do that’,’’ says Rore. So here she is, and happily, after multiple stops along the way.