As we prepare for the 2020 Grand Final, let's look back at the season and highlight some standout performances using Nissan Net Points.

Among all the changes, uncertainty and confusion that has been 2020 so far, one thing has remained consistent - Jhaniele Fowler can’t be stopped.

Say what you will about how she plays the goal shooter position, the back to back league MVP is dominating defences this season and has put together her best year yet. Right?

Well, according to the Nissan Net Points totals for the year, that’s totally true.

Let’s put that into perspective.

It’s 397.5 more than her MVP winning total from last season, 362.5 Net Points more than any other player totalled this season, her Net Points scored per game average of 107.8 is 25.9 higher than anyone else and it’s 508.5 points higher than the next highest scoring Goal Shooter.

They really are incredible numbers.

While it was more of the same from Fowler, the player who had one of the biggest jumps in Net Points from 2019 to 2020 was GIANTS Netball shooter Kiera Austin. 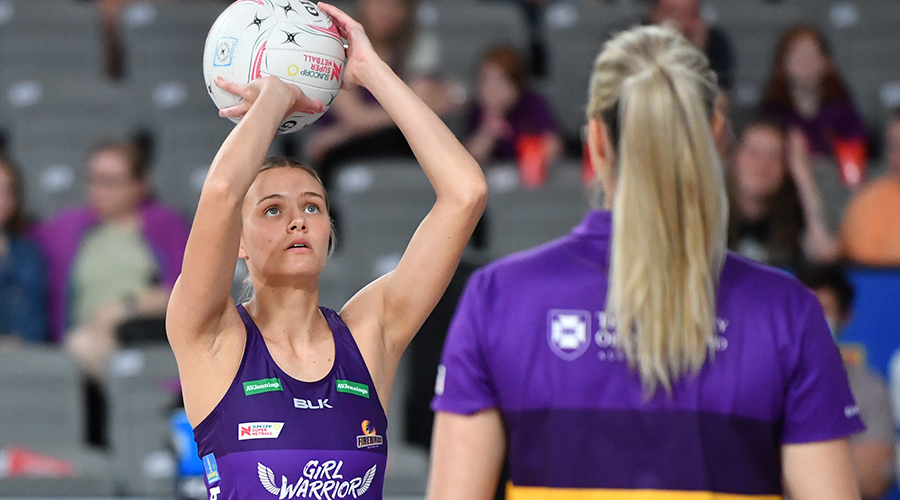 With the introduction of the Super Shot, her role in the GIANTS attack end changed from a playmaking Wing Attack/high-Goal Attack to a deadly sniper. And this was reflected in her average Net Points per game, which rose from 19.8 per game in 2019 to 51.5 this season.

Sticking with the Goal Attack position, we had a new record set for Net Points scored in a single game in Round 10 when Queensland Firebirds young gun Tippah Dwan scored 142.5 in her team’s big win over the NSW Swifts.

That was just one of 33 instances where a player scored over 100 Net Points in a game. And, while Dwan would only score a ton once in 2019, five players would go past 100 points in a single game multiple times: Jhaniele Fowler (8), Jamie-Lee Price (4), Shamera Sterling (3), Karla Pretorius (2) and Kate Moloney (2).

And while we're on the subject of massive scores, can we just take a second to acknowledge the year that Jamie-Lee Price has had?

When Kim Green retired at the end of the 2019 season, the GIANTS needed JLP to step up and be a leader in that midcourt. Only her teammate Amy Parmenter reeled in more midcourt-intercepts than JLP and only two midcourters managed more than her 1,017.5 Net Points: Verity Charles and Kate Moloney.

It’s been another incredible year of Super Netball and Nissan Net Points and we’re excited to continue evolving how we analyse the sport in 2021 and beyond.