The NSW Swifts are through to the 2019 Suncorp Super Netball Grand Final after defeating the Melbourne Vixens 60-goals to 47 in the Preliminary-final.

The NSW Swifts will travel to Brisbane to take on the Sunshine Coast Lightning in the 2019 Suncorp Super Netball Grand Final after defeating the Melbourne Vixens 60-goals to 47 at Sydney’s Quaycentre.

It was an impressive performance from the home team, who controlled the game from start to finish and will take plenty of confidence into next Sunday’s massive Grand Final.

The Vixens, on the other hand, will be rueing a slow start and some wasteful shooting, as they stormed back from a 12-goal half time deficit to draw to within just three of the Swifts, but couldn’t pull off what would have been an incredible comeback.

The Swifts were sharp from the opening whistle, capitalising on some sloppy Vixens play and skipping away to a five-goal lead before Melbourne coach Simone McKinnis called for the game’s first time out.

NSW goal shooter Sam Wallace, who struggled at times in last week’s Major Semi-final against the Lightning, was shooting the Quaycentre lights out, pouring in 13 of her eventual 40-goals in a red-hot opening term.

And her defenders were right behind her up the other end, as Maddy Turner and Sarah Klau combined for three first quarter interceptions and held the visitors to just 12-goals, as the Swifts took a handy seven-goal lead into the quarter time break. 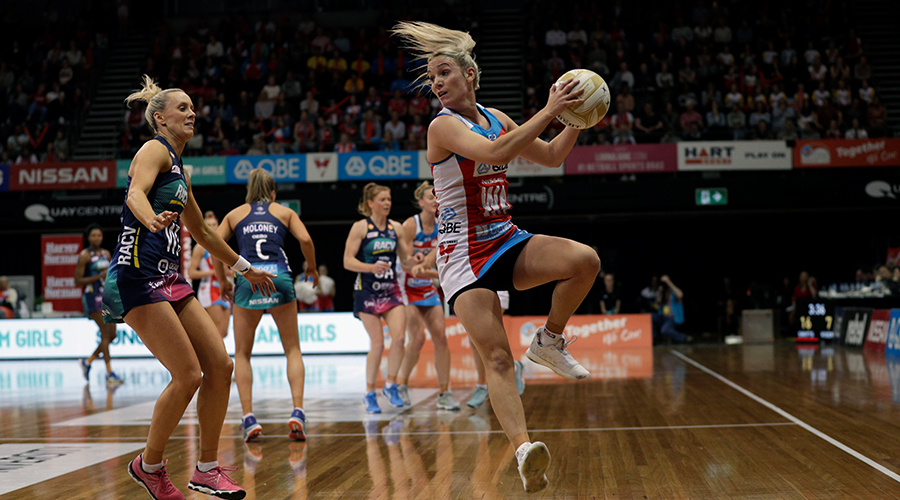 Nothing was coming easy for the Vixens, who struggled mightily to stop a potent Swifts shooting circle and were being out-worked by an eventual Nissan Player of the Match Paige Hadley led midcourt that looked determined to make up for their underwhelming performance at Sippy Downs last Saturday.

Nat Haythornthwaite had one of the best games she’s had in a Swifts uniform, carving up the Vixens defence with her clever movement around the court and slick passing into the circle. She had a game high 24-goal assists, including eight in a second quarter dominated by the clinical Swifts, who headed into the change rooms with a comfortable 33 to 21-goal lead.

Down by 12-goals to start the third quarter, the Vixens were going to have to find their groove early before the game got too far out of reach.

And they did just that, outscoring the Swifts 15-goals to 11 in a breathtaking third quarter, led by some super accurate shooting from Mwai Kumwenda and Tegan Philip and some desperate team defence.

The Swifts were shell-shocked, and the Vixens were charging, methodically moving the ball around the court and ruthlessly pouncing on every NSW mistake.

When Liz Watson found Kumwenda under the post with a perfectly placed lob, who cut the Swifts lead to just three, the sold out Quaycentre fell silent, save for a mighty “COME ON” from a fired-up Kate Moloney. 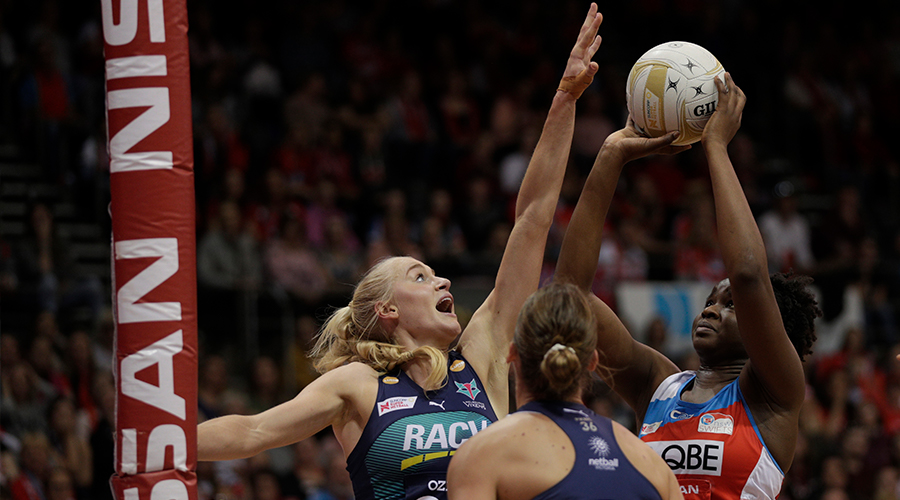 Still down by seven-goals after the Swifts closed out the third with three-straight goals, it all had to go right for the Vixens to pull off the most unlikely of comebacks.

But it just wasn’t to be, as the Swifts were able to come up with the clutch shots and critical turnovers late with the game on the line, closing out the Vixens and booking themselves a spot in the Grand Final.

The 2019 Suncorp Super Netball Grand Final between the Lightning and the Swifts will be held at the Brisbane Entertainment Centre next Sunday September 15 at 1pm.