The NSW Swifts have won the franchises' first Suncorp Super Netball Championship after beating the Sunshine Coast Lightning 64-goals to 47 in Brisbane.

The NSW Swifts are the 2019 Suncorp Super Netball Champions after beating the Sunshine Coast Lightning 64-goals to 47 at the Brisbane Entertainment Centre on Sunday.

It was a dominant performance by the underdog-Swifts, who controlled the game from the opening whistle and finished the game with a spectacular 18-goal to 10 final quarter to seal the 17-goal win.

The Swifts were sharp early and seemed to settle into the big match first, jumping out to a six-goal lead at the midway point of the opening term. 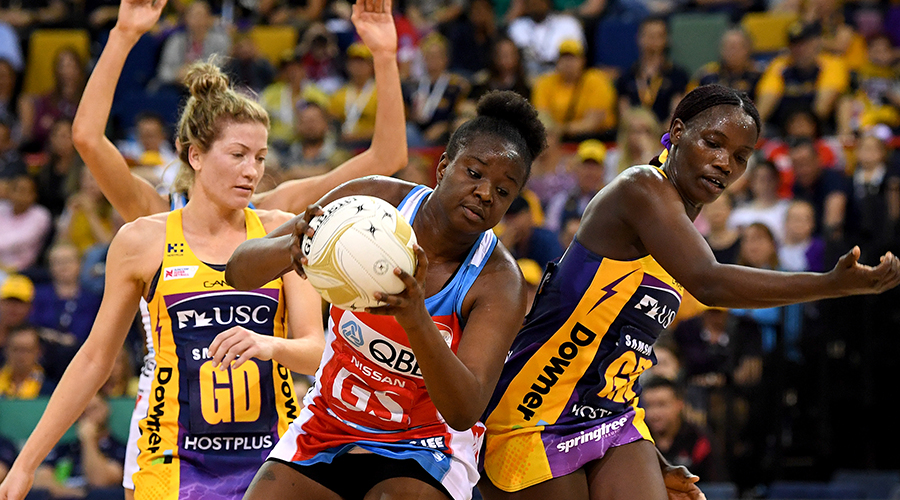 They frustrated the normally fast-moving Lightning with their patient ball movement and ruthless finishing, waiting for the options to open up and pouncing on them.

The big Ugandan shooter’s presence was felt immediately, as the Sunshine Coast picked up the pace of the game and piled the pressure on the Swifts, scoring four of the last five goals to go into the first break trailing by just four.

The Lightning continued that momentum into the second quarter, drilling four quick goals to draw to within just one of the Swifts. 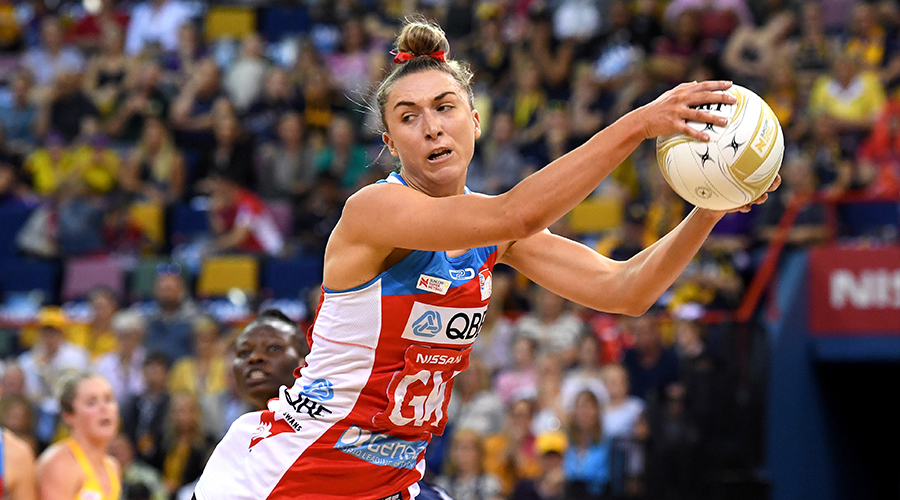 All over the court, Lightning players were lifting, and when Karla Pretorius stepped in-front of an errant Swifts pass for her third interception, the scores were level and the Brisbane Entertainment Centre was rocking.

But the Swifts, who have dealt with so much adversity through the year, stood up and showed that resiliency that had secured them a spot in the Grand Final in the first place.

Lead by Sarah Klau in defence, who played a career defining match, NSW came storming into the halftime break, scoring six of the last seven first half goals to take a 31-goal to 23 lead.

Many call the third quarter the Championship Quarter, and this one was no different as both teams pushed hard to set themselves up for the win.

The momentum swung back and forth from team to team for much of the 15-minutes, as the Swifts started hot only to be answered by the persistent Lightning, who were desperately clinging on to the match.

But the girls in red would not be denied, outscoring the Lightning 15-goals to 13 in a frenetic and thrilling third. 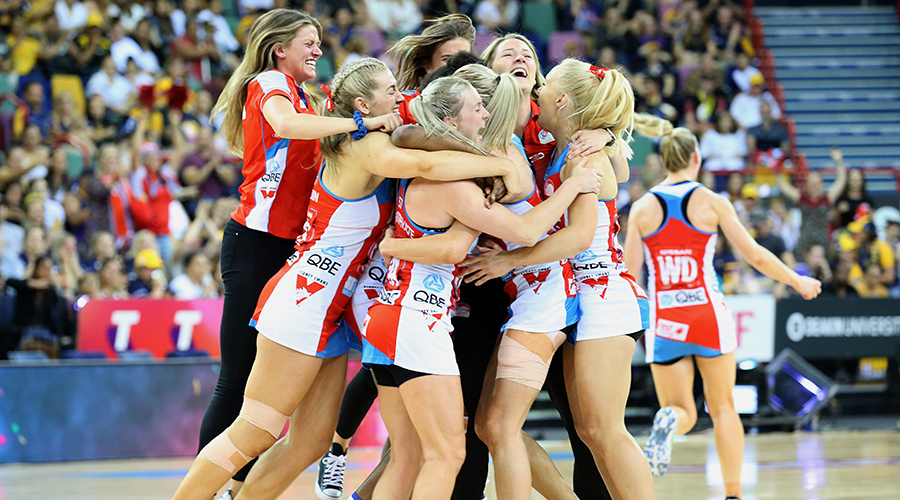 Leading by ten to start the final quarter, the Swifts could almost feel the trophy in their hands, they just had to hold their nerve and close out the back-to-back premiers. No mean feat.

And they were up to the challenge, blowing the Lightning off the court in a spectacular 18-goal final quarter to seal the franchises first Suncorp Super Netball Championship.