in Match reports
Share
Link copied
Brought to you by

The NSW Swifts have continued their domination of the 2019 Suncorp Super Netball season but could be making their charge to the finals without captain Maddy Proud, after the star wing attack went down with a knee injury against the Queensland Firebirds.

The Swifts were almost unstoppable, solidifying their position atop the Super Netball ladder with a huge 68-46 win – the lowest ever Super Netball score for the Firebirds.

The Swifts came within a whisker of winning all four quarters and becoming the first team ever to claim four bonus points three weeks in a row, but were denied in the final minute by the Firebirds, who saved their best until last.

But all the talk post-game was about Proud’s injury, after the in-form midcourter collapsed to the court clutching her knee halfway through the third quarter. 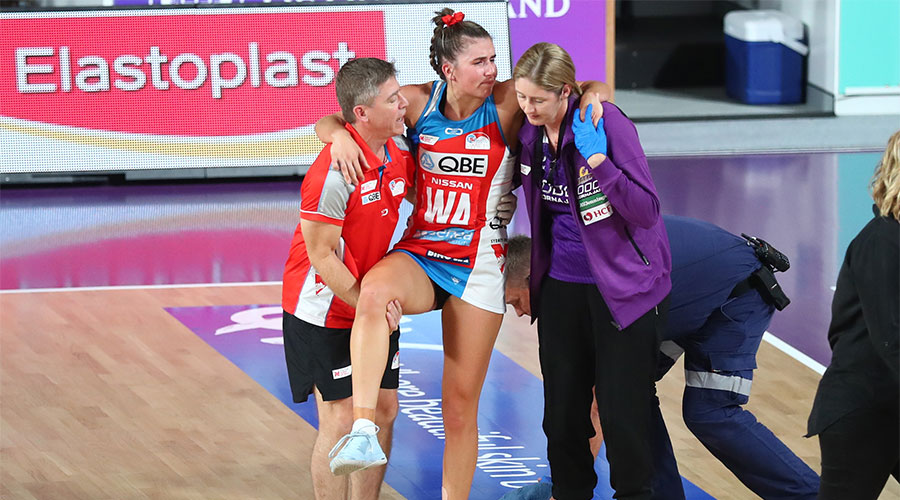 Proud’s Swifts teammates were visibly distressed after the game as they came to terms with their captain potentially spending the remainder of the season on the sidelines.

Speaking bravely on Channel 9 only 15 minutes after the injury, Proud said while she doesn’t yet know the extent of the injury, the early signs weren’t good.

“I felt something go and, yeah, it didn’t feel good,” she said.

The Firebirds were fired-up early, jumping to a 5-1 lead as the Swifts made some uncharacteristic errors. 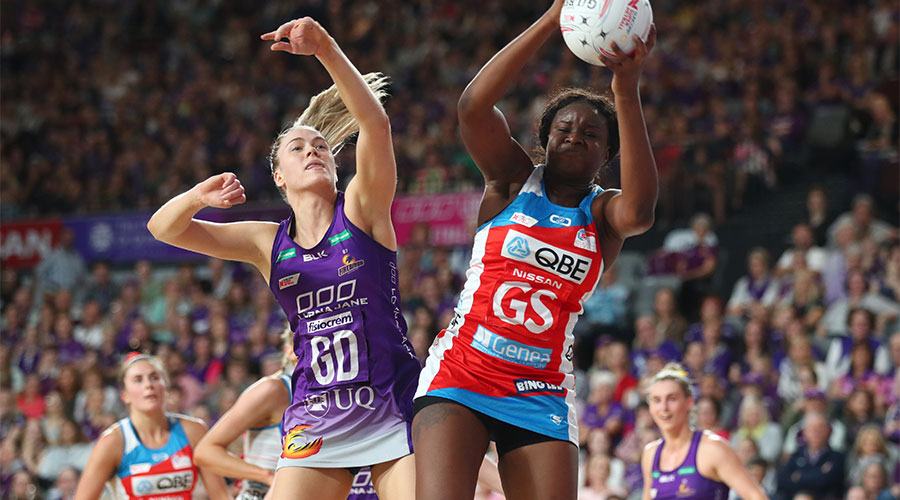 The new-look Firebirds, who welcomed South African duo Erin Burger and Lenize Potgieter into their line-up only days ago, struggled to connect all over the court under the Swifts’ relentless pressure, with the visitors helping themselves to another 19 goals to 11 in the second quarter and establishing a 34-21 lead at half-time.

The Swifts had winners all over the court, with Nissan MVP Sarah Klau, Maddy Turner and Kate Eddy all taking turns at blanketing Gretel Tippett. The Queensland goal attack had averaged 32 goals a game across the first six rounds, but managed only eight goals in the first half and nine in the second in a telling indication of the Swifts’ defensive dominance.

Meanwhile at the other end Sam Wallace (41 goals from 44 attempts) and Helen Housby (27 from 31) ran roughshod over the Firebirds’ defence, courtesy of silver service from Paige Hadley, Proud and substitute Sophie Halpin.

Potgieter (24 from 24) arrived in Brisbane only five days ago and while the lack of established combinations showed when she entered the game for Abigail Latu-Meafou (five from seven) at quarter-time, there were enough signs late in the game to show she could be a force in the coming weeks.

To their credit, the Swifts didn’t let up after Proud left the court, with the 20-10 third quarter their most dominant.

Only an untimely turnover inside the final minute prevented a clean sweep of bonus points, however the Swifts still comfortably own top spot on the Super Netball Ladder after seven rounds, 12 points ahead of the Sunshine Coast Lightning and 14 ahead of the Vixens, who play Magpies Netball on Monday.

The Firebirds remain winless and all but out of finals contention, 17 points adrift of the fourth-placed GIANTS.