It's been three seasons since the Queensland Firebirds played finals. But, with new faces joining an already talented squad, is this the year the Firebirds get back in the hunt?

After coming into the season as the trendy dark horse pick to jump into the top four, it just never came together for this Firebirds side in 2021.

A two and five opening half of the season proved too deep a hole to climb out of, despite coming home strong with four wins and three losses to finish 5th.

Despite all that, the Firebirds showed flashes of the team many expected them to be in 2021. They pushed the Swifts all the way to Extra Time in Round 1, pulled off a massive win against the GIANTS in Round 9 in Melbourne and swept their state rivals in two really impressive displays.

The keys to success in 2022 for Queensland are building off those strong performances against the top teams last year while making sure to take care of business when facing the sides they should be beating.

And they need to get off to a better start, which they should, thanks to a friendly first half schedule that sees them play five of their first seven games at Nissan Arena. 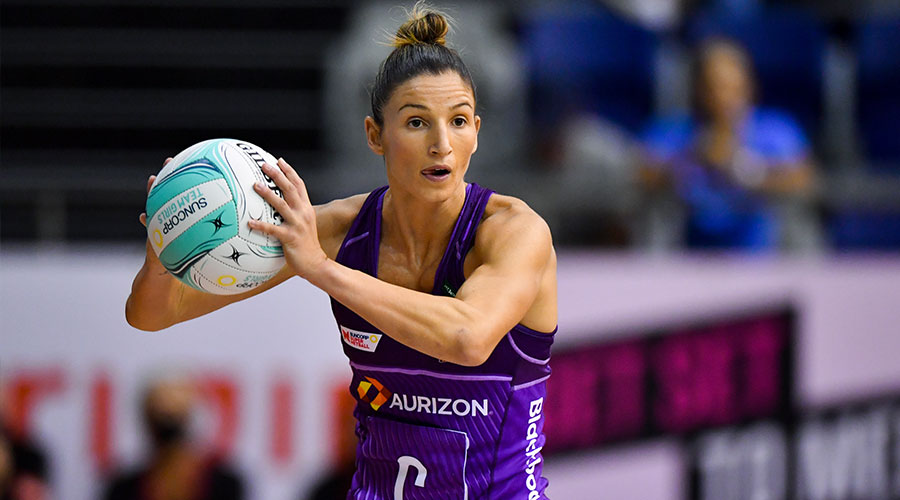 Plenty to like about this starting seven, with experienced players all over the court that should be able to handle anything the opposition throws at them while also helping the young bench players to continue developing.

New recruit Eboni Usoro-Brown returns to netball in Australia and brings that international experience to the Firebirds defensive end. She should slot perfectly into this team with her physical style of play and knowledge of how to play on the best shooters in the world.

She’ll share the defensive circle with one of Australia’s most promising defensive prospects in Kim Jenner. 2021 was a bit of a down year for the 24-year-old, but her ceiling is incredibly high so expect a bounce back year.

It doesn’t get much better at wing defence than Gabi Simpson, who really brings that strength and pace teams need to keep opposition feeders off the circle edge. Simpson has stepped aside as captain this season so it will be interesting to see what that does to her play going forward.

Kim Ravaillion has taken over the reins as captain this year off the back of a massive return to the Firebirds. She looked like the Kim Rav we all know and love, near the top of the league in both feeds (478) and goal assists (258). The competition is a better place when Ravaillion is playing well so we love to see it.

Her new vice-captain Lara Dunkley should get the starting nod at wing attack, but we loved how Megan Anderson used Dunkley and Jemma Mi Mi off the bench last season. They both play a very high-speed, high-effort brand of netball and work brilliantly subbing in and out after giving their all for chunks at a time.

Do we really need to tell you how big a deal Gretel Bueta is for this Firebirds side? She’s a natural scorer, finishing 10th in the league in both goals scored and total points scored. But she’s also a brilliant facilitator for her teammates, finishing with 149 goal assists from 278 feeds and fourth in the comp for centre pass receives.

But she’ll be working with a new goal shooter with Romelda Aiken-George sitting out the season as she prepares to become a mum. Luckily that new shooter is Donnell Wallam, who comes into the Super Netball system looking ready up to the challenge. She proved throughout the pre-season that she can do it all, with the size to hold against bigger keepers and the shooting range to stretch defensive units across the full circle. We can’t wait to see her in action in Round 1. 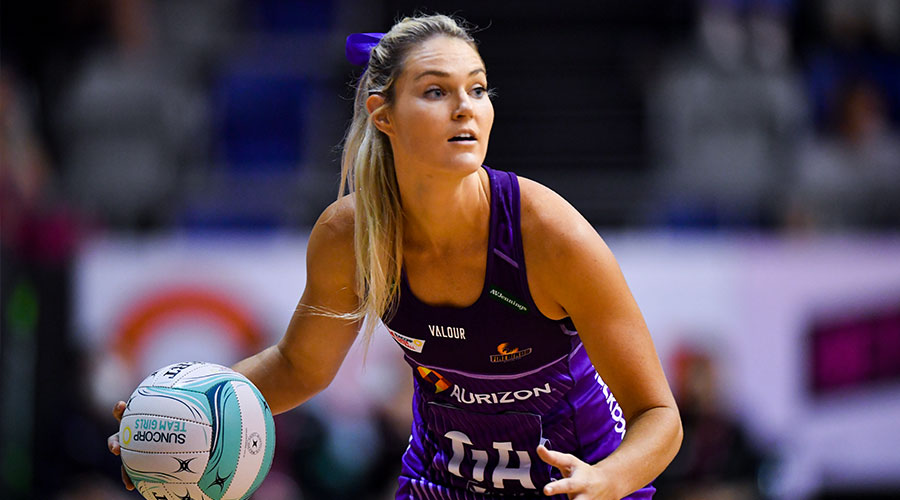 It’s a really intriguing schedule the Firebirds have to navigate their way through in 2022, with five home games in the first seven and just two from Round 8 to 14.

It all begins this Sunday against the Vixens in Brisbane in what is always a tough game. For the first time in SSN history neither of these two famous clubs played a part in the finals, so a Round 1 win for either of these sides will be a massive boost.

From there it’s up the Bruce Highway for the first QLD Derby of the year, a matchup they thoroughly enjoyed in 2021, completing a season sweep of their big rivals.

The tough start to the season continues in Round 3 where they will host the Fever at Nissan Arena before flying to Sydney for a Tuesday night showdown against the GIANTS in Round 4.

This kicks-off a three game home-stand against the Thunderbirds, Magpies and Swifts where they’ll be hoping to build some serious momentum going into the second half of the season.

That momentum will be crucial, with Melbourne, Tasmania and Adelaide calling in Rounds 8 to 10, as road matches against the Vixens, Magpies and Thunderbirds set up the run into finals.

The Firebirds will head back home for game two against the Lightning before flying across the country to take on the Fever at RAC Arena in Round 12.

The regular season wraps up for Queensland with back-to-back matches against the two Sydney-based sides, with the GIANTS coming to Brisbane in Round 13 and a Sunday afternoon finale against the Swifts at Ken Rosewall Arena bringing the season to a close.

There’s a lot resting on that home-game-heavy opening seven rounds of the season, particularly coming off a season where a slow start killed the Firebirds finals aspirations. If they can come into Round 8 with a healthy record and playing some good netball, the Firebirds faithful should be confident their team’s self-belief and talent will carry them into the top four for the first time since 2018.

The Firebirds proved the hardest team on our list to place, with some of our voters picking them to break into the four and some predicting that they are still just off the pace. In the end, they’ve landed 5th.

A lot hinges on how their new pillars up either end of the court, Usoro-Brown and Wallam, settle into the squad and also how they navigate a fixture that gets harder as the season goes on.

Backup shooter Mia Stower and defender Ruby Bakewell-Doran are yet to be truly tested at this level and, while both looked sharp at the Suncorp Team Girls Cup, we have more confidence in some of the other sides' depth.

Fifth feels like a good spot for a team that could really surprise people in 2022.