Three rounds into the Suncorp Super Netball season and Sunshine Coast Lightning’s championship defence was looking bleak with no wins on the board.

But they recovered well and have worked themselves into a position where the double is still on, after eliminating rivals the Queensland Firebirds in their 57-56 Minor Semi-Final win at the Brisbane Entertainment Centre, in front of 6,453 fans. 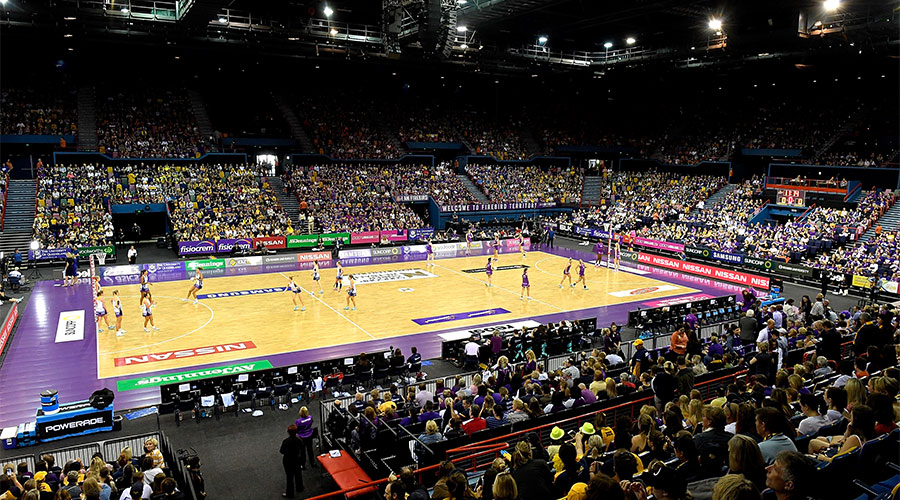 The reigning champions only reached the finals with a last round victory over the Melbourne Vixens, but they showed they have the grit, determination and ability to go all the way again.

The skill on display was world class and the final quarter was a feisty fight between two gritty neighbours determined to taste victory.

Officials were constantly warning the players for ‘persistent contact’ as the two teams went hammer and tong in the must-win contest.

Lightning led by as many as eight goals at one stage, but the Firebirds never gave up and reeled in a six-goal final quarter deficit to lock up the scores with five minutes left to play.

That led to a gut-busting finish where Firebirds goal attack Gretel Tippett left everything on the court, defenders Laura Geitz and Kim Jenner threw themselves at every ball – but Lightning did everything they could to hold on. 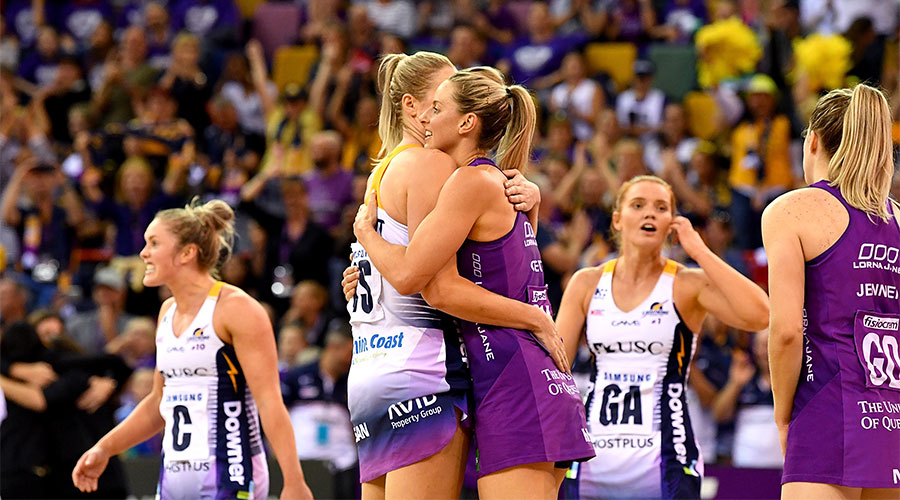 And that they did, denying the Firebirds a final possession that could have taken the game to extra time.

Wing attack Kelsey Browne, fighting for one of the last places in the Samsung Australian Diamonds squad, was Nissan MVP with her game-high 21 assists, that allowed the Lightning shooters to punish the Firebirds at key moments in the match.

Lightning will now travel to Sydney next weekend to take on GIANTS Netball for a place in the Grand Final.

The Firebirds drew first blood, forcing a held ball from Diamonds goaler Steph Wood – which paved the way for an early two-goal lead.

Wood made amends, despite taking a heavy knock to the leg, injecting herself into the game to lift Lightning to a one-goal lead.

Sunshine Coast defensive duo Geva Mentor and Karla Pretorius were giving the Firebirds shooters plenty of headaches and suddenly it was the home team calling a timeout to arrest a four-goal run from Lightning.

A crafty piece of work from Pretorius to keep the ball in play earned the ire of the Firebirds fans, but it was just another play outside the circle that bamboozled the Queensland Firebirds.

A Wood miss shot, handed the Firebirds the opening they needed to again lock the scores up, but things were getting heated in the goal circle, as the battle between Romelda Aiken and Mentor escalated. 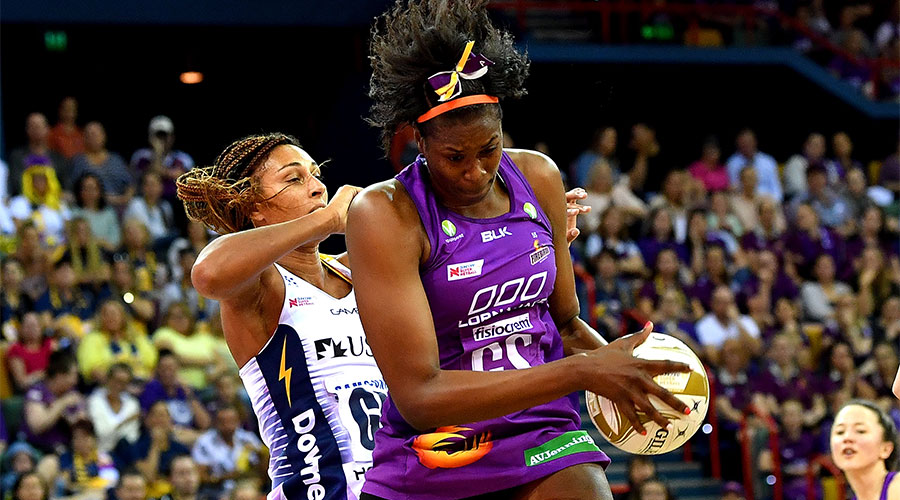 The final five minutes of the quarter featured some of the highest intensity netball of the entire season and in the end, only the luck of the centre pass gave the Lightning a 16-15 lead at the first break.

Gretel Tippett has averaged just over 20 goals a game this season but seemed reluctant to shoot in the first quarter with just two attempts at the ring, which put plenty of pressure on Aiken to deliver.

It became a matter of moments, in a tense battle and it was the Firebirds who blinked first.

A turnover late in the quarter paved the way for Lightning to open a four-goal advantage, leading 31-27 and taking all the momentum into the second half.

It became one-way traffic after the break, with Lightning flooding the goal circle and piling on five goals to two on their way to a 37-30 lead that had the Firebirds reeling.

The sheer speed of the Lightning offence was becoming too much for the Firebirds to handle.

Firebirds coach Roselee Jencke was fuming from the sideline, hauling her charges in for a timeout with Lightning leading 40-34. 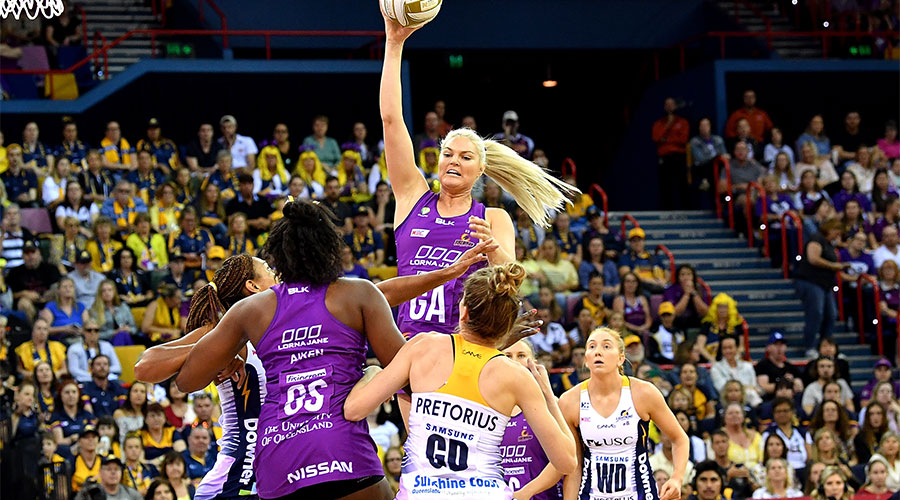 The Firebirds intensity lifted but they could only halt the avalanche of goals, rather than chip into the deficit and it was Lightning leading 48-42 heading into the final quarter.

It was a promising start for the Firebirds with the first three goals of the final quarter, which could easily have been more if Laura Geitz wasn’t ruled to have her foot on the line when she reeled in an intercept.

The Queensland Firebirds surged home to lock up the scores halfway through the term and stay within a goal or two for the remainder of the match, but they could not find the killer blow.

Sunshine Coast Lightning held on for a massive win that takes them through to the Preliminary Final next weekend to play the Giants in what will be a contest of the highest calibre. 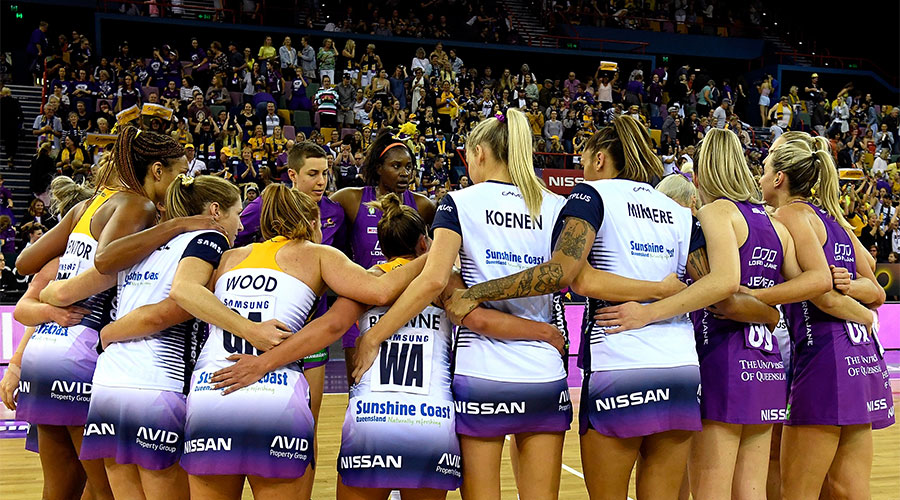