Australian Diamond, Melbourne Phoenix, Adelaide Thunderbirds and Melbourne Vixens legend Renae Ingles has announced she will retire at the end of the 2019 season.

The star midcourter signed a one-year contract for 2019 after replacing pregnant Chloe Watson in the Melbourne Vixens' lineup last year.

If the Vixens finish first or third at season's end, they will host the first week of finals at the State Netball and Hockey Centre. Finishing first or second will allow a second chance at finals.

Renae Ingles knew when she signed her 2019 contract with the Vixens that it would be her last. Having retired once before, when she was not quite ready, the 32-year-old is certain that this timing is absolutely right.

Sunday’s crucial round 13 clash with top two rival the Sunshine Coast Lightning will be Ingles’ last official “home” game at Melbourne Arena, although there is still the local derby against the Magpies and at least one final - somewhere - yet to come.

Whenever and wherever the Vixens' season ends, it will also draw the curtain on a magnificent individual career. The former Renae Hallinan  started with the Melbourne Phoenix, continued as a foundation Vixen before a move to Adelaide, and will depart as a World Cup and Commonwealth Games gold medallist, multiple premiership player, Liz Ellis Diamond winner and proud mother-of-two.

“So many people from different sports have said to me that when you know, you know, and I didn’t understand what they meant,’’ Ingles says of her impending exit.

“When I retired last time (from the Thunderbirds, in 2017), I didn’t know, I just felt like it was the right thing to do at the time, and given the circumstances and the logistics for our family.

“However, all year this year I’ve just known it’s the right time and it’s right for me and for my family, and I think I’ve enjoyed it a lot more because of that, whereas I didn’t necessarily enjoy retiring last time, because I felt like I wasn’t quite done.’’ 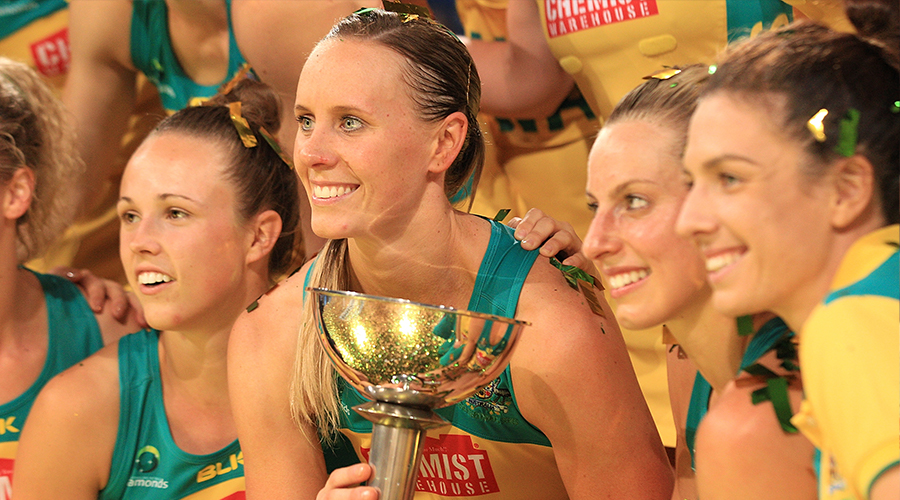 The fact that Ingles has continued to perform at such a high level despite what she describes as one of her most personally challenging years speaks volumes for her professionalism and the perspective that she believes has come with parenthood and her time away.

Son Jacob - who, with fellow ‘Twingle’, sister Milla, recently turned three - was diagnosed with autism in January, while the family was in Salt Lake City for the NBA career of the Utah Jazz and Boomers’ star Joe.

Netball has brought great enjoyment, but also exhaustion at times - especially when combined with trips back and forth across the Pacific, multiple schedules, children’s illnesses and Jacob’s intensive therapy.

“It’s just been a tough year off the court,’’ says Renae. “It’s not doom-and-gloom-tough, it’s just tough. It’s just a never-ending feeling of being quite tired, and I’m used to that, and I feel like that is parenthood.

"Turning up to training and turning up to games each weekend, it’s taking a lot of my energy to do that each and every week. I wouldn’t change anything - it’s just logistically challenging.

“So I’ve genuinely enjoyed the netball side of things, and of course I’ll be sad when it’s not there again next year, but I’ll be the No.1 fan sitting in the stands and watching from afar. It’s just that feeling of knowing it’s the right time, and that excites me rather than upsets me.’’

As Ingles edges towards the finish line, her goal to retire on a title-winning high remains unchanged. One of two remaining members - with Caitlin Thwaites - of the  Vixens’ 2009 premiership team, she replaced the pregnant Chloe Watson unexpectedly during 2018.

“I had a great time in retirement; I just had that burning feeling that I wasn’t quite done in the netball sense,’' says the 67-Test Diamond.

“I’ve never taken any game or any year or any part of my career for granted, but I think getting that opportunity to get out there again with a great team like the VIxens it just gives you a little bit more perspective. I really wanted to enjoy it, and I really have."

This Renae is, in part by necessity, less of a perfectionist than her younger self, whom she would advise to sweat the small things less and concentrate more on the big ones.

“I spent a lot of my career trying to do each and every little thing right, whereas now it’s just ‘get the right things right and don’t worry about the rest’, and I think that’s helped in my performance as well, because it’s a lot less pressure.’’

Given that there will be time to celebrate results and individual honours later, Ingles consider her greatest netball achievement has been her ability to return to the world's best domestic league as a mother.

“Running out onto the court two weeks ago in the Autism Awareness match and having both my kids and Joe in the crowd was probably one of the proudest moments in my career because I’ve been able to do it, and I think it’s bigger than netball, for me,’’ she says. “I do everything for my kids and I just want to be a good role model to them, so I hope that’s what I’m doing.’’ 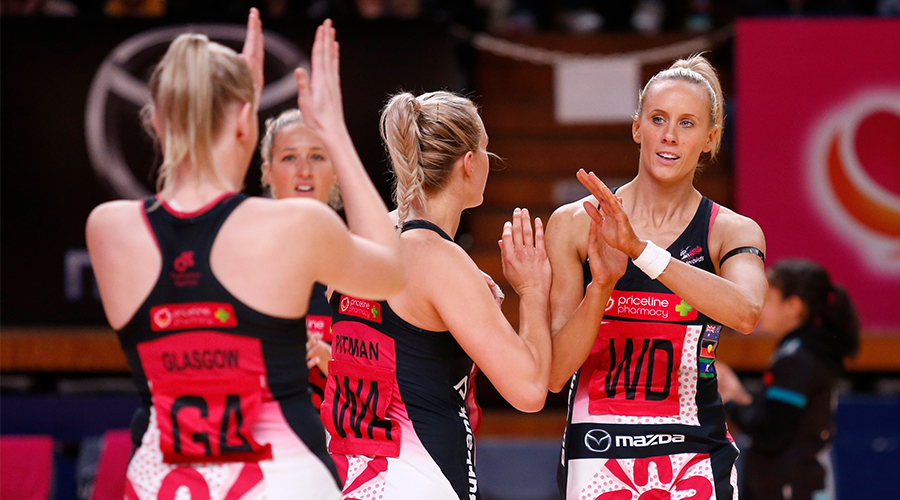 No arguments about that, and if Jacob and Milla one day ask to watch their mum’s favourite game, she will probably dust off the old footage of the 2015 Netball World Cup final in Sydney - the culmination of eight years of work, given that she missed 2011 selection for Singapore.

Yet there is still a Super Netball season to be decided, and the chance to write  a fairytale final chapter. “That is the plan,’’ Ingles laughs. “Hopefully being able to tell the kids that they were in the crowd and showing them photos of them in the crowd at an SSN grand final in 2019 with a medal around my neck.’’