At the start of 2018, Amy Parmenter knew she wasn’t quite ready for Suncorp Super Netball. By the end of her second season as a training partner playing in the Deakin University ANL with the Canberra Giants, she was convinced that she was.

Then, right on cue, came the offer from Giants Netball coach Julie Fitzgerald of a place on the club’s Suncorp Super Netball list.

Emotional? You could call it that.

“Oh, yeah, I cried. It was so embarrassing!’’ Parmenter recalls. “Julie called me and I was bawling my eyes out, because I really put my foot down last year, and I just decided I would really put it all on the line.

“I knew that I’d move – even internationally – if I had to. I just knew I needed to take the next step, and I tried to put every part of my life into being good enough to play in that team.

“So when Julie actually called me it proved to me that hard work really does pay off. It was so rewarding to know that all that stuff, all that self doubt, everything I’d put in, was all worth it in the end.’’

Serena Guthrie’s departure provided the opening, and the determined WD/C has proved to be not just willing but a natural fit. She has started in all six Giants games, missed just two quarters, and twice been named the Nissan Player of the Match. 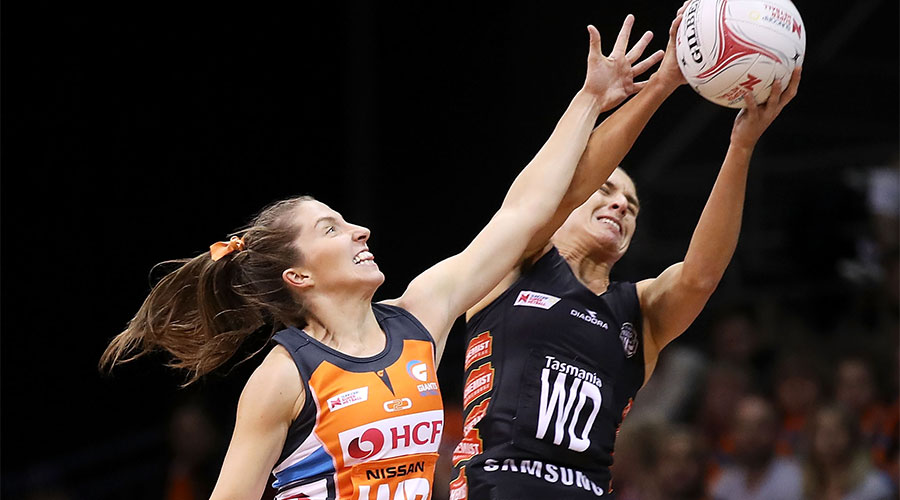 “It’s been pretty surreal, to be honest,’’ says Parmenter, admitting that although she still has much to learn, the transition has been more seamless than even she had expected.

The off-court demands have been the most challenging for the 21-year-old studying for a double degree in Law and Public Communications, “It’s just become my whole life, which I’ve never known before,’’ says Parmenter, who sees her non-netball future working in social justice, probably helping women.

Already, her desire to make a positive impact is evident in her continuing relationship with 12-year-old Molly Croft, who was being treated for bone cancer when Parmenter and teammate Kiera Austin met her in hospital during a pre-season telethon. “It’s been so special. I feel so blessed to have been able to be a part of her recovery. I’ve literally done nothing, but just a little thing that I could do has obviously gone a long way for her.’’

On the court, as a relatively late, mid-teens arrival to representative netball, Parmenter feels she has now finished playing catch-up. She is grateful to have spent an extra year in ANL, gaining the matchplay experience she would have been denied by sitting on the bench at Super Netball level.

Still, she has been involved closely enough for Giants captain Kim Green to have been an important mentor, providing wisdom, support and the reassurance that whatever Parmenter is going through is nothing that so many others have not experienced before. 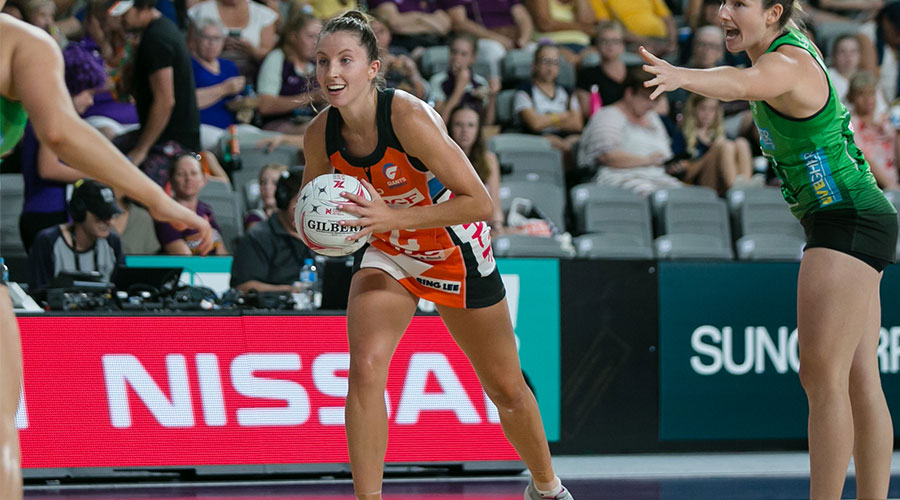 After missing out on her first state team, the NSW 17/U, when her best friend at the time made the cut, she vowed to work harder and get there the next year. Failing to make the 2017 World Youth Cup team provided another spur, with her father Geoff – a former head of Events NSW and Netball Australia board member, now Chair of the Players’ Association – keen to emphasise to his eldest daughter that her netball career would be a marathon, not a sprint.

Until now, anyway, for the speed of Parmenter’s SSN emergence has been quite something. Jut ask her personal supporter group: the Parmy Army.

“My little sister Daisy made some t-shirts and stuff, so my first game my family and friends all wore them. But it’s not exclusive. Anyone who wants to be a part of it can jump on board!’’ she laughs. “There’s been jokes about them using the Barmy Army chants but that hasn’t really taken off!’’

Unlike Amy Parmenter’s netball career. She thought she was ready. Turns out she was.