Round one of the 2020 season had a little bit of everything. Four derbies, thrilling finishes, blowouts, new rules, heart-warming returns and powerful statements.

Before the Lightning and Firebirds kicked the 2020 season off on Saturday, 320 days had passed since the NSW Swifts won the 2019 Grand Final.

Despite all the roadblocks, trials, tribulations and hardships, the best players in the world were running around under the bright lights battling for premiership points.

Netball was back in Australia and, if only for a few hours, everything felt a little more… right in the world.

Well, everything seemed a little more right until the broadcast abruptly cut during the GIANTS and Swifts game to the breaking news that Victoria was officially in a state of disaster. What can you do?

What better way to start a season that will, at this stage, be played almost entirely in Queensland, than with a Sunshine State derby?

In a statement of solidarity against racism, the players formed a circle in the middle of Nissan Arena before the opening centre pass. It was an emotional and powerful way to start all four games of the first round.

The Firebirds led for much of the contest before Lightning legend Steph Wood ripped the game away from their Queensland rivals, thanks to her brilliant movement around the shooting circle and her ability to drain Suncorp Super Shot’s with her eyes closed. 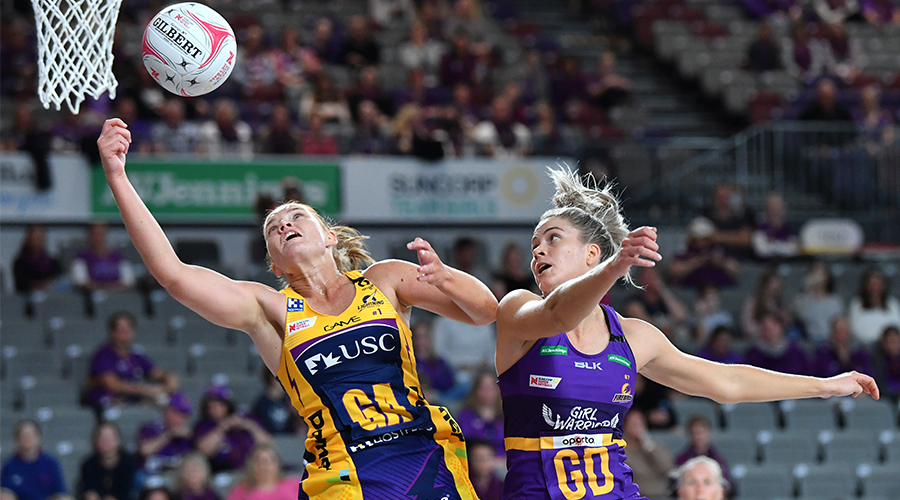 10 Super Shots! And in a game where the Firebirds led by as much as 11 goals, her ability to hit clutch two-point shots in the Rebel Power 5 kept her team in it.

Of course, the Super Shot was the big talking point of the weekend. How would it work? How will it change the game? How will the teams use it? Will a bolt of lightning strike Nissan Arena after the first one went in?

Many fans were vocal in their opposition to the rule, and that may not change. But others were clearly enthusiastic, discussing the new tactical dilemmas and opportunities it creates.

What we saw was eight teams still trying to come to terms with how it best suits their personnel and when to put the pedal to the metal in the shooting circle and when to take the easy one.

For every automatic Steph Wood, there was Collingwood Magpie Emma Ryde, who seemed too focused on the Super Shot when the Melbourne Vixens defenders were giving her the easy shot under the net.

But the potential is there for this rule to be great, particularly when coupled with the new rolling substitutions rule, which went off without a hitch.

We saw how volatile the new two-point shot can be in the second game, when West Coast Fever shooter Alice Teague-Neeld’s fourth Super Shot pushed her team’s lead over the Adelaide Thunderbirds out to 18 with four minutes remaining.

If one team is hot and the other goes cold, we could be in for some major blowouts. 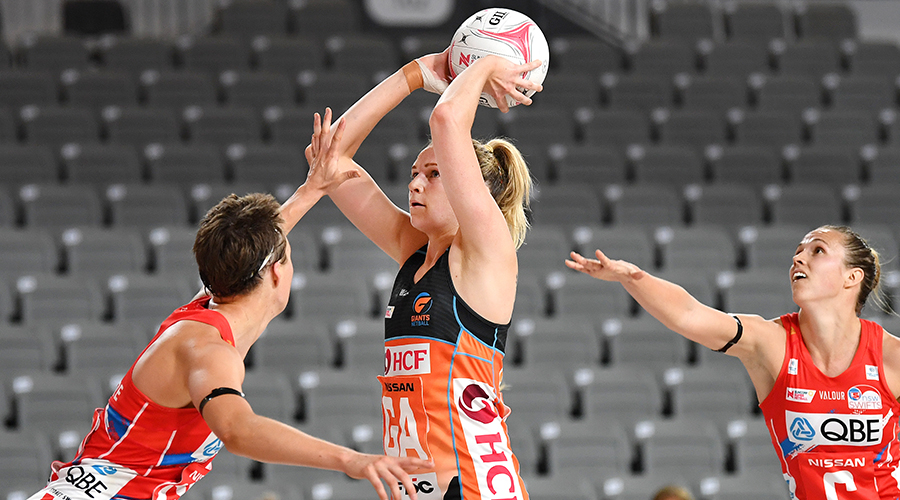 The flipside is that we could be in for some breath-taking comebacks.

The GIANTS trailed the Swifts by eight goals with a little under three minutes remaining, a deficit that would usually plant the idea of beating traffic in fans minds, only to cut that back to two thanks to the deep shooting of Jo Harten and Sophie Dwyer.

Because of this, many would have felt that the Magpies were still in with a chance when Vixens shooter Tegan Philip sunk a two pointer to stretch the lead out to eight with three minutes to go in the last game of the round.

It’s still early days for both the new rules and the new season but there's no doubting there's exciting times ahead!

Super Netball 2020 Round 1 Round wrap

Everything Is Possible: a story of triumph and tears