With just five rounds of netball remaining in the 2021 Super Netball regular season, it's must win time for our eight teams as finals loom large.

We are back to a regular looking fixture after last week's triple header and if Round 9 was anything to go by, expect the unexpected.

Top spot is up for grabs, three teams are a game out of the four and we have a collective of milestones to celebrate across the weekend.

Here is all you need to know for Round 10!

The first game of Round 10 will see the last placed Vixens host the first placed Swifts at John Cain Arena.

The Vixens had a taste of victory in Melbourne for the first time this season, winning only their second game for 2021 with an upset victory over former ladder leaders Sunshine Coast Lightning. The Vixens will need to pull off another miracle this week as they now face the current ladder leaders in the Swifts on Saturday at 3:00pm.

In Round 9, the Swifts handed the Fever their first loss of the season, withstanding a late scare to win by just 1-point. The Swifts now sit first on the ladder and could find themselves a game clear on top after Round 10 with a victory over the Vixens. The Swifts are one of the in-form teams of the competition, winning four of their past five matches and will be confident of adding to that tally.

2021 has been a tale of first halves for both teams with the Swifts winning eight of nine opening halves this season, compared to the Vixens who have led at half-time only once out of their eight matches. The key to victory for the Vixens will be how well they can start the game and to keep the margin within striking distance.

Another aspect to keep in mind for the Vixens will be to limit their total turnovers as the Swifts are ranked number one in Goals from Unforced Turnovers in the competition. If the Vixens don’t take care of possession they will get punished in transition.

Despite sitting on top of the ladder, the Swifts have only won 6 of 18 second half quarters, as well as losing their last three consecutive final quarters. So, if the Vixens can be within range of the Swifts heading into half time, back-to-back upsets could be on the cards.

The Swifts are known to control possession of the ball for long periods of the game, leading the Time In Possession statistic in all but one game for the entire season. A methodical and systematic approach is typically associated with how the Swifts prefer to move the ball through mid-court into the shooting circle, so the Vixens will need to be attentive and clinical in their defensive structures all game.

An intriguing positional decision has opened itself up for the Swifts, with Sam Wallace, Helen Housby and Sophie Garbin all viable shooting options. Wallace was replaced by Garbin 5-minutes into the second quarter last week after a disappointing start to the game. Garbin then went on to score 31-points on 94% shooting and earned herself Player of the Match.

Now, it is very unlikely that Swifts’ head coach Briony Akle will elect to not start Wallace, especially considering Wallace scored an incredible 48-points on 100% shooting last time these two teams played each other. Although it is a great position to be in when you have the luxury of bringing on a player of Garbin’s talent at your disposal. Don’t be surprised to see Wallace bounce back this week after a rough shooting night however. 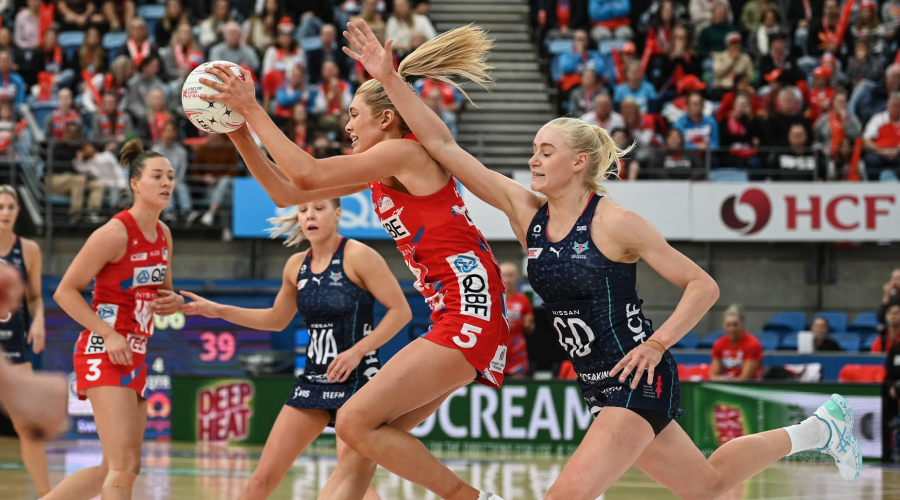 After a triple-header on Sunday last weekend, we are back to Saturday night netball with the Fever hosting the Lightning at RAC Arena at 8:00pm AEST.

The Fever and Lightning both suffered defeats in Round 9 and were on the wrong side of late game comebacks. The Vixens were trailing by 8-points six-minutes into the last quarter against the Lightning, only to fight back to win by 3. On the other hand, the Swifts had what most thought was a comfortable 10-point lead in the last quarter, until the Fever went on a Super Shot tear to fall short by just the 1-point.

The two teams will be ruing their heartbreaking losses and will be eager to get back onto the winners list, particularly the Fever, who finally felt what it is like to lose in 2021.

The Fever turned to the Super Shot in the hopes of stealing victory in Round 9, with Alice Teague-Neeld and Sasha Glasgow both scoring three apiece. However, don’t expect many Super Shots to be taken in this match as the Lightning and Fever are last and third-last in total Super Shots attempted this season.

To put it simply, they are elite in almost every category. But if Round 9 was anything to go by, they can be defeated.

Phumza Maweni and Karla Pretorius are in for a tough battle to restrict the Fever’s firepower inside the goal circle. Jhaniele Fowler leads the competition in Nissan Net Points with 754.5, 95 points greater than second spot. It should also come as no surprise that Fowler leads the league in Goals Scored, scoring an incredible 447 goals from 468 attempts (96%) in 2021. Glasgow provides a solid partnership with Fowler and currently sits fourth in total Super Shots scored this season with 20 from 27 attempts (74%).

Maweni exited the game late in the last quarter of Round 9 due to injury, however the Lightning have reported that Phumza is expected to play on Saturday night. This matchup against Fowler could prove to be the deciding factor on who wins this game as Maweni’s physicality and one-on-one defensive capabilities could disrupt Fowler’s flow as the match unfolds.

If the Lightning didn’t need any further incentive to win this clash, Cara Koenen and Mahalia Cassidy both play their 50th national league game and will share the limelight on Saturday night. Congratulations to both Cara and Mahalia on the fantastic achievement. 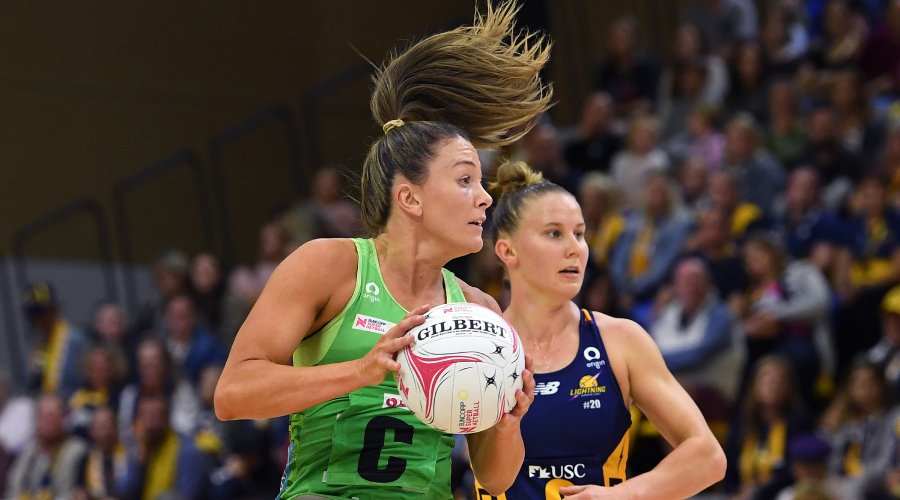 It’s Thunder vs Fire in this all important clash on Sunday. With both teams one game out of the top four with only five rounds remaining, it’s do or die as a loss here will see almost all finals aspirations extinguished.

The Firebirds have the ascendancy over the Thunderbirds in recent history, winning their previous three run-ins including an 11-point victory back in Round 2. Despite the result, both teams have had an almost identical season to date. In every round (apart from Round 2) the two teams have shared the same result in every single match they have played. That would explain why they both sit equal 5th on the ladder with only a percentage of five separating them. So all signs point to a close encounter on Sunday afternoon.

Shamera Sterling is coming off one of the best defensive games of the season in the Thunderbirds’ win over the Magpies. Sterling was in complete control of the defensive third, finishing with 13 Gains, eight Interceptions, six Deflections and two Rebounds.

Sterling is putting together an incredible season to date, leading the league in Gains, Interceptions, Deflections, Rebounds, Blocks and is second overall in total Nissan Net Points. The Thunderbirds’ star GK recorded 101 total Gains for the 2020 season and is currently on track to break that this season as Sterling currently sits on 64 Gains with five games remaining.

Despite leading total Gains across the competition, the Thunderbirds are surprisingly last in Gain to Goal Rate. The main contributor to this is that the Thunderbirds have the highest total of Possession Changes this season with 30 per game. That's 11 more than the league leading Fever's 19. So, the Thunderbirds need to start making the most of their defensive efforts by converting their gains into scoreboard pressure or they will find it difficult to win many more games.

The Firebirds put together a dominant display last round through sheer effort and energy. The GIANTS couldn’t match the intensity that the Firebirds played with, in a game that saw them lead by more than 20-points in the final quarter. Kim Jenner and Tara Hinchliffe were the catalyst to the Firebirds’ hot start and they will be looking to bring the same intensity to their Round 10 clash.

Kim Ravaillion will certainly be on the Thunderbirds’ radar leading into this match. The star Centre is having an excellent season, currently third in total Nissan Net Points (600), second in Goal Assists (166), first in Feeds into Circle (301) and fourth in Pickups (18).

This game is one not to be missed with the season hanging on by a thread for both teams. Expect high tension and an exciting brand of Netball.

Congratulations to Hannah Petty who will play her 50th national league game. Current Captain of the Thunderbirds, Petty leads the competition in Pickups with 22. Well done Hannah! 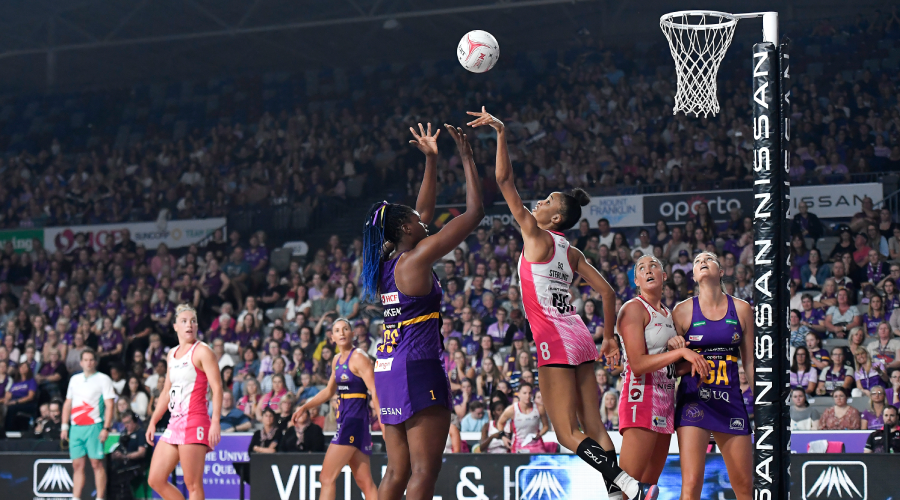 Firstly, we must say a huge congratulations to Collingwood captain Geva Mentor who will play her 200th national league game against the GIANTS. Mentor made Collingwood netball history by becoming the club’s first back-to-back winner of the best and fairest award. The Magpies will unquestionably be wanting to reward Mentor’s service with a win on Sunday.

However, the chances of Victory for the Magpies have taken a massive hit, with news coming out of the Magpies’ camp that Kelsey Browne is set to miss Sunday’s clash due to concussion. Training partner Maggie Lind will replace Browne in Collingwood’s team list.

This is a huge loss for Collingwood given Browne leads the competition in total Goal Assists and Centre Pass Receives, as well as being the cornerstone between their defence and shooters all season.

It will be interesting to see how the Magpies line-up to start the game. Most likely, we will see Ash Brazil start at C, Molly Jovic at WA and Melissa Bragg to fill the WD spot, or something along those lines. Those three will need to produce an enormous effort to cover the loss of Browne.

The GIANTS on the other hand have had an up and down year. After winning the opening four games of the season, they've lost four of their past five games. The GIANTS have had a rough month to put it lightly, being forced to quarantine in three separate states due to COVID restrictions. A mental and physical toll looks to be creeping into the GIANTS’ recent performances, especially last week where they looked completely depleted and drained of energy in their 11-point loss to the Firebirds.

Captain Jo Harten will look to bounce back after a frustrating game last week. Harten finished with a game-low -19 Nissan NetPoints, shot at 69% and had eight turnovers. But like all great captains do, don’t be surprised to see a statement game from the international superstar. Last time these two teams went head to head, Harten finished with 41-points, 15 feeds and 10 Goal Assists in a 12-point win.

The Magpies haven't defeated the GIANTS since Round 9 in 2017. The GIANTS hold a 9-1 ascendancy over the Magpies, but with the GIANTS in somewhat of a form slump, this could be the best chance to reverse those results. 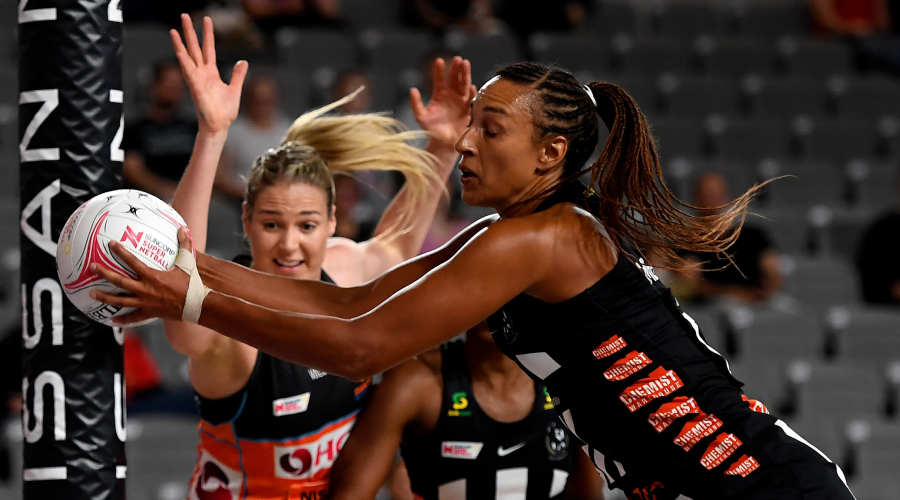