Round 10 is always a crucial round in the Super Netball season and this one was no different, with finals races heating up and match-ups between bitter rivals. Did Confident Girls Round deliver?

Whether you’re at the top and trying to cement your place in the finals, in the thick of a battle for a spot in the top four or desperately fighting to keep your finals hopes alive, coming out of Round 10 with momentum can make or break a season.

With that in mind, let’s break down Confident Girls Round.

Unflappable Vixens and the fired-up Fever

Everyone loves a draw, right? Right?

To be fair, this one was a very entertaining draw and one that told us a lot about these two sides.

For the Fever, this was confirmation that their recent run of good form is no fluke. This team is the real deal and could do some serious damage in the finals if they make it.

Their attack end has scored 40 points more than any other team and their much-improved defence has allowed an average of just 57.5 points against since Round 6, the third lowest in that stretch.

For the Vixens, this one was all about digging deep and not giving up. It’s going to take four quarters of brilliant netball to knock this Melbourne side off.

The combination of Mwai Kumwenda at GS and Caitlin Thwaites at GA has worked well so far this season, particularly when Kumwenda is playing at the level she is at the moment.

Super Shot disapprovers will point out that, considering the Vixens scored 18 points to two from two-pointers, Melbourne had no place forcing a draw out of this one.

But we say, if it’s a choice between a blowout or a shot after the siren to decide the outcome, we’ll take the latter any day.

Tippah the hat for Dwan

Firebirds fans, if you weren’t up and about after your team’s massive upset over the Swifts on Saturday then you should hand in your purple scarves!

And it wasn’t even close. After three straight Swifts goals ten minutes into the second quarter brought the Firebirds lead back to just three points, Queensland controlled the match and won all four quarters.

While Lara Dunkley played her best Super Netball match and Romelda Aiken provided a reliable target all day, Tippah Dwan was the standout. She scored 34 points, shot eight from nine from Super Shot range, had 14 assists and broke the Nissan Net Points single game record with 142.5.

It’s incredible to think that, despite losing one of the best players in the league in Gretel Bueta and only managing one win in 2019, the Firebirds are just two wins out of a place in the top four.

For the Swifts, this may be the wakeup call they needed with just four games remaining.

Head Coach Briony Akle has been playing a lot of different combinations through the centre and her star Goal Attack Helen Housby doesn’t look 100% since getting hurt against the Vixens in Round 8.

The Swifts aren’t far off their best, they just need a few things to click into place before the regular season comes to an end. 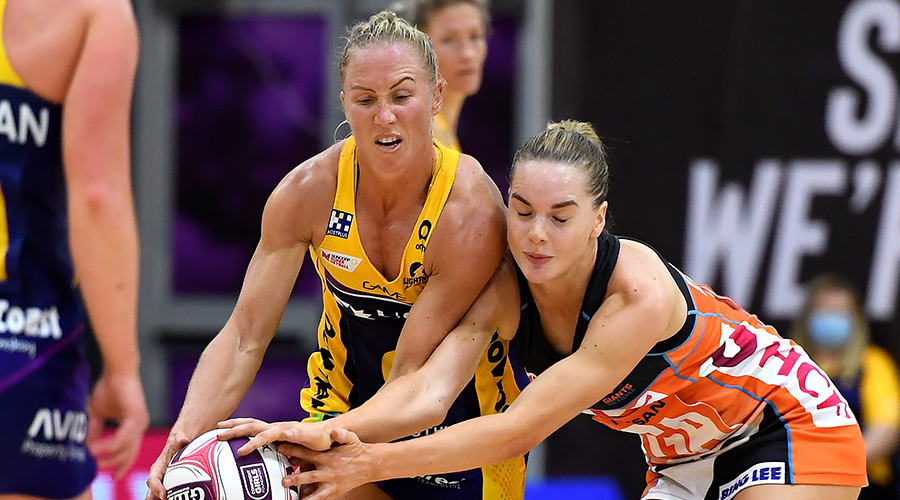 Steph Wood with the goods

GIANTS vs Lightning has quietly become one of the best rivalries in Super Netball.

In the ten meetings so far between these two, which includes the 2017 Grand Final and 2018 Preliminary Final, there’s been a draw, seven Sunshine Coast victories and two for the GIANTS.

The average winning margin is just 4.8 points and if you don’t count the Lightning’s 17 point blowout win in the 2017 Grand Final (which we really should but it makes this stat much cooler) it brings that down to just 3.4 points.

So, when Steph Wood rocked back and hit a Super Shot 14 minutes and 58 seconds into the final quarter to give the Lightning the one goal win, we really shouldn’t have been surprised.

Of course it ended like that! The team who takes the least amount of Super Shots in the competition wins by nailing one on the buzzer against the team who has been living and dying by the long bomb all season.

The thrilling finish capped off what was a brilliant game.

Karla Pretorius did what she does every game and that’s cause mayhem. She finished with five gains, three interceptions and eight deflections.

And Jamie-Lee Price put in another massive performance and must be in the conversation for the starting Centre position of the Team of the Year.

In the end, the loss means the GIANTS are two back from the fourth place Fever. It’s going to take a perfect run and a bit of luck to make it from here. 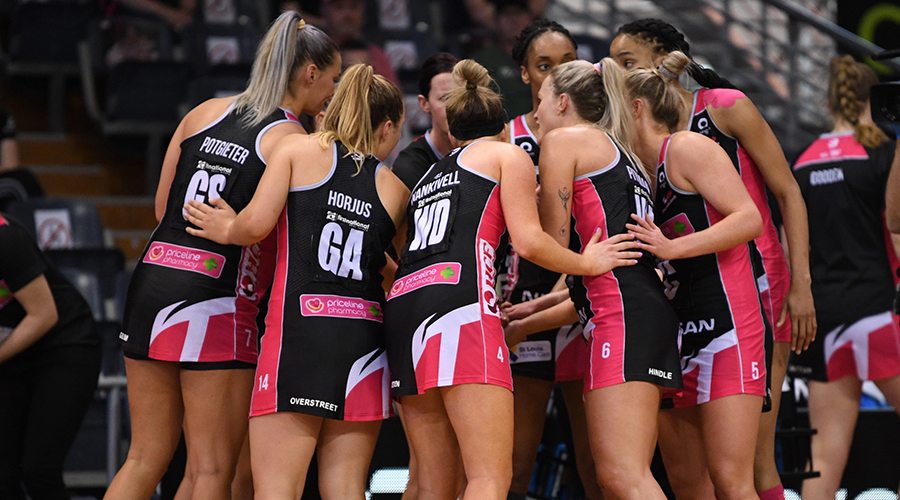 Don’t count out the Tbirds

Led by potential recruit of the year Lenize Potgieter, the Adelaide Thunderbirds are still in the race for that last finals spot.

Potgieter was incredible in Adelaide’s 11 point win over the Magpies, particularly when the game was in the balance early in the fourth quarter.

With the Thunderbirds leading by just one point to start the final 15 minutes, Potgieter scored four straight to land a body blow on the Magpies then broke their backs by finishing the game with seven unanswered.

It was ruthless from a shooter that is being asked to do way too much. If the Thunderbirds could find someone to compliment the big South African in the shooting circle, this team could do some damage in the latter stages of the season.

Instead, they are being kept in it with some spectacular work from their defence, who allow the second lowest points per game against in the league and have caused the second most interceptions.

Just how super is the Super Shot?

Thanks to our friends at Deakin University's Centre of Sport Research we can see just how effective the Super Shot has been this year and which teams use it the most.

Here’s the proportion of total points coming from Super Shots through the first 8 rounds:

It’s interesting to see that the 6th placed GIANTS are at the top while the 3rd placed Lightning and 4th placed Fever are ranked 8th and 7th when it comes to scoring off the two-pointer.

What does that say?

Besides the fact that Jhaniele Fowler’s scoring ability is freakish, there’s a lot of different ways to keep the scoreboard ticking over in netball and just one of them is by shooting long-bombs in the final five minutes.

It was never meant to take over the game, just add another wrinkle, and every team is using it the way that works best for them.

Super Netball 2020 Round wrap Round 10 Confident Girls Round