Round 11 is in the books and it has us looking ahead to the potential finals races we can look forward to in the next few weeks.

Round 11 is in the books and the finals race is heating up.

The Vixens big win has them in the box seat for the minor-premiership and the Fever hot-streak has them dreaming of a top two finish.

But the GIANTS and Firebirds have still got their eyes on playing finals this year and both are just two games back from the fourth placed Fever.

With their impressive seven point win over the Swifts on Tuesday night, the Vixens have now guaranteed themselves a spot in the finals.

A win this Saturday against the Magpies would assure them the minor-premiership and the option to rest a few players in Round 14, a real treat for the players who will have played 13 games in less than two months.

The run home for the Swifts, on the other hand, won’t be as smooth. Which, for a team that has some kinks to iron out, that isn’t always a bad thing.

While it’s certainly not panic stations time for the Swifts, there’s no doubt that goals aren’t coming as easy as they should be for a team that has Sam Wallace, Helen Housby and Sophie Garbin in its attack end.

They’ll have a pretty good opportunity to work out what’s wrong on Saturday when they come up against the Fever, the team who allows the second most points per game. 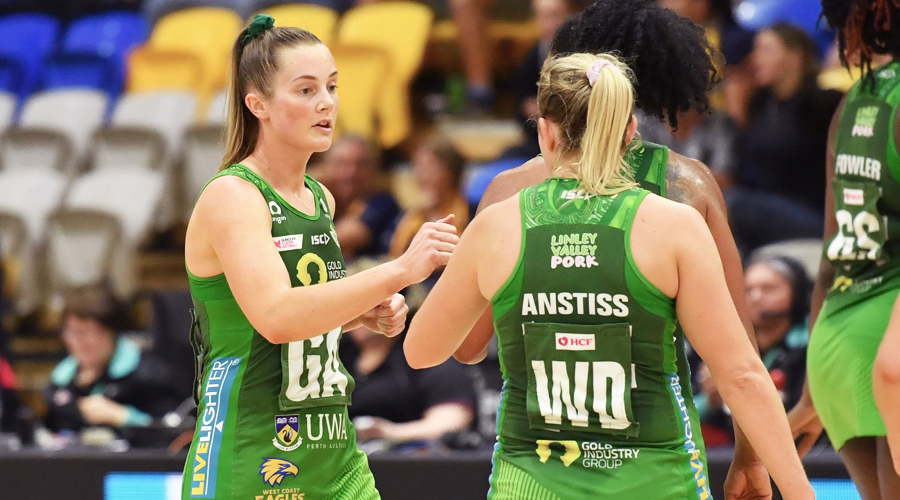 Just two weeks after the Fever dropped on 80 points en route to a 24 point victory over the Lightning, they beat them 72 to 52 on Tuesday night.

Now, this is clearly a pretty special offensive team we’re dealing with here. They average just over 68 points a game and are on track to score almost 1,000 in 14 games.

But we’re talking about a Lightning team that haven’t given up 70 points since 2017, who’s biggest loss before Round 8 was 17 and who currently allow just 58.7 points a game!

These two games against the Fever are so far off the charts for the Lightning, it’s hard to know what to make of them.

What we do know is they have some work to do if they want to keep their place in the top four. They play against the red-hot Firebirds on Sunday who, along with the GIANTS, could still mathematically finish above them, the Magpies in Round 13 and steam-rolling Vixens in Round 14.

For the Fever, a win against the Swifts this weekend could have them coming into the final two rounds second on the ladder and a win or draw away from locking up their first finals berth since 2018.

GIANTS keep the pressure on

It wasn’t pretty but the GIANTS were able to get it done against the Magpies and, with a place in the finals on the line, that’s all that matters.

The Magpies, led by their brilliant defence (seriously, lock Jodi-Ann Ward into a nice long contract as soon as you can, Collingwood front office), were in it until the very end but just couldn’t score the points when the game was in the balance.

Unfortunately for them, the loss rules them out of playing finals this year.

The GIANTS season, on the other hand, is still well and truly alive and with a very winnable game against the Thunderbirds this weekend followed by matches against the Fever and Swifts to close the season, their fate is still in their own hands.

Those Round 13 and 14 clashes against the Fever and Swifts will also give them the opportunity to do something they have struggled to do this year, and that’s slay a couple of actual giants.

Out of the six games they’ve played against the top four teams, they are just one and five. While some would argue that Round 5 loss against the Lightning should be stricken from the record, it’s still not a great look.

If they make it to the finals this year, no one will be doubting the GIANTS.

Could the Firebirds play finals?

Who would have thought, a month ago, that the Firebirds would be pushing to play finals netball coming into Round 12?

But, after four wins since Round 6 including last night’s thriller against the Thunderbirds, Queensland are just two games out of fourth spot.

It was all the usual suspects standing up for the Firebirds. Tippah Dwan continued her good form at Goal Attack and worked brilliantly with the resurgent Romelda Aiken. Mahalia Cassidy was huge again at Center and finished with 40 feeds and 21 goal assists. And their defensive end was dominant, particularly in the first half.

For the Thunderbirds, this was a heartbreaking loss.

While they are still in the hunt for a spot in the finals, just one win in next three rounds for the Fever and it’s all over. It’s going to take something special for these TBirds.

On the bright side, Georgie Horjus continues to impress at Goal Attack and Maisie Nankivell’s decision to focus solely on netball has paid off in a big way. 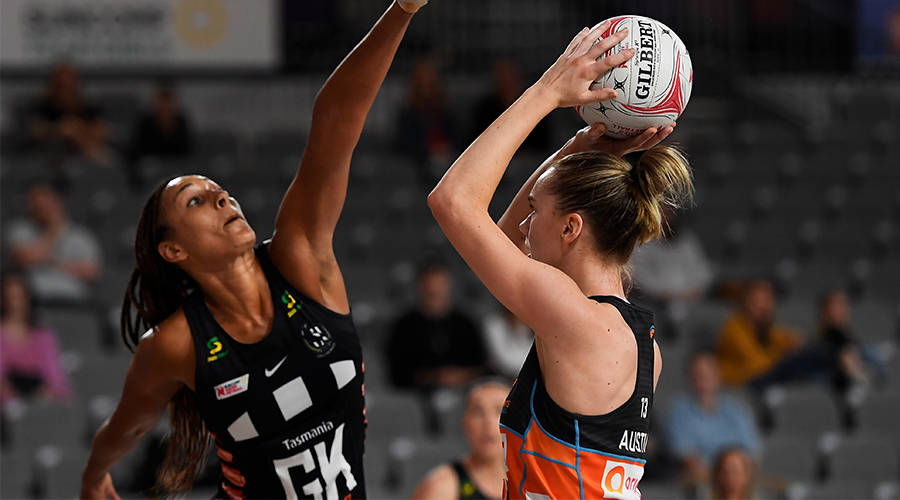 Most used vs most efficient line-ups

Check out these two awesome tables that Dr Aaron Fox from Deakin University’s Centre of Sport Research provided to us for this Round.

* - league high for minutes played together

While not a perfect science, some key points that we took away were in the Vixens attack and the GIANTS overall line-up

The Vixens have had incredible success since moving Caitlin Thwaites from Goal Shooter to Goal attack with Mwai Kumwenda behind her and that shows in the efficiency table.

For the GIANTS the biggest question mark has been how best to utilise their three world-class shooters and whether Julie Fitzgerald should be turning to her talented young defenders more often. Their most efficient line-up; Harten and Austin at GS and GA, Hay at WA and McDonnell at GK.