Round 12 saw Jhaniele Fowler break the single-game scoring record and the Vixens lock-up the minor-premiership. We also saw some finals dreams come crashing down.

After another tough round of Super Netball, the 2020 finals picture is beginning to take shape.

We have our minor-premier, we know the Lightning will be playing in their fourth straight finals and we know only the GIANTS can take the Swifts or Fever’s place in the top four.

So how did we get here? Let’s find out.

If the Fever can keep their brilliant run of form going and lock up a spot in the finals, they might just be the team no one wants to play against.

Coming into a game knowing that you have to score 70+ points, the Fever score an average of 69.2 a game, is almost as daunting a task as holding Jhaniele Fowler to less than 50.

Fowler has been incredible again in 2020 and must be the favourite to win what would be her third consecutive MVP award. And, if she is crowned the league’s most valuable player, Saturday’s record-breaking 70 point performance would be the jewel in that crown.

When she is firing, their defence is causing turnovers and their midcourt is playing as efficiently as it has been over the last six rounds, this team is virtually unstoppable.

The Swifts, on the other hand, have now lost three straight games, something they haven’t done since the second half of the 2018 season.

Things have just gotten a little sloppy for the reigning premiers, who are the most penalised team in the league right now and have allowed the third most goals per game.

All of a sudden, the pressure is on for the Swifts, who hold a game and a half lead over the fifth placed GIANTS with two games to go. Can they hold them off? 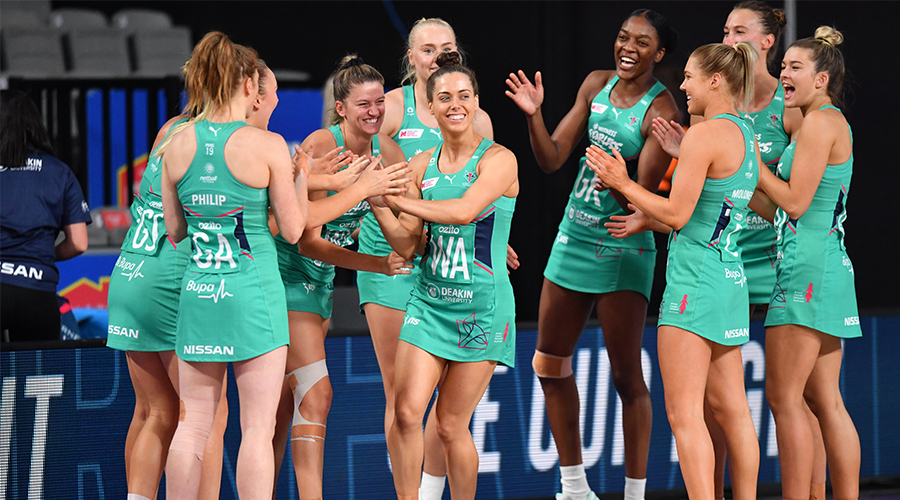 It wasn’t easy but, with their Round 12 victory over the Collingwood Magpies in the books, the Melbourne Vixens have locked up the minor-premiership for the first time since 2017.

Now it’s time to focus on doing something they have only done once since the Super Netball league was created, and that’s win some finals and get the most out of this incredibly talented list.

And make no mistake, this list is overflowing with talent.

Even without their vice-captain Liz Watson, three Vixens managed to rack up double digit feeds and assists. New-recruit Kate Eddy is playing the Wing Defence position at a Team of the Year level and no defensive unit is harder to score on than Jo Weston, Kadie-Ann Dehaney and Emily Mannix.

With top spot secured, the Vixens now have the option to rest some players if they need in the final two rounds.

For the Magpies, it was another strong defensive performance from Geva Mentor, Jodi-Ann Ward and Matilda Garrett, who did a brilliant job of frustrating this normally free-flowing Melbourne attack.

It was always going to take something special, but the Firebirds unlikely finals run has officially come to an end after their loss to the Lightning on Sunday.

But it took everything the Sunshine Coast had to put them down.

Queensland were in control of the game when Romelda Aiken scored five minutes into the third quarter to extend their lead to six. But it was all Lightning from there.

Steph Wood was at her devastating best, scoring at will and allowing Cara Koenen to dominate Tara Hinchliffe and the Firebirds defence.

After a disappointing performance against the Fever in Round 11, Laura Langman was back to her best at Centre and did a great job of controlling the pace of the match and Karla Preorius was her normal self in her 100th national league match.

That's a WIN for Karla's 100th National League match! What did you think of that Lightning fans!? #TogetherWeStrike pic.twitter.com/KD05L7ebs0

The win confirms a fourth straight finals appearance for the Lightning and a win against the Magpies on Wednesday night would setup a top of the table clash with the Vixens to finish the regular season.

The GIANTS, who are just one and a half games out of the top four, came into Round 12 with only one outcome in mind – Win.

And that’s exactly what they did.

The 64 to 54 point win not only keeps their finals hopes alive but also sets up a Saturday block-buster against the West Coast Fever. Should they pull-off a big upset against the Fever, their Round 14 match against the NSW Swifts could be a win and you’re in situation!

Unfortunately for the Thunderbirds, the loss means they are also out of the running to finish in the top four this season.

They just couldn’t turnover enough ball to keep up with the GIANTS, who’s attack end was deadly after quarter time.

Tbirds fans will be loving what they are seeing from Maisie Nankivell, who impressed again and looks to be a future leader of the club. While they won’t be making their Super Netball finals debut this season, the future is bright for the club. 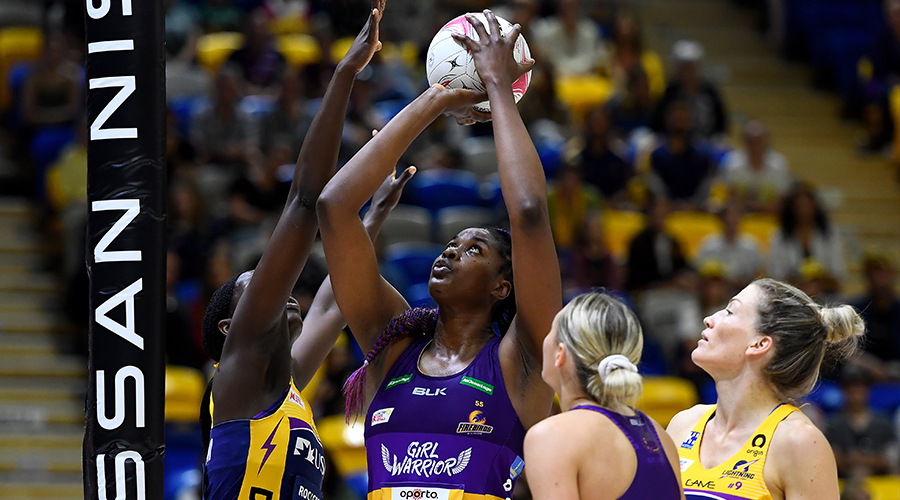 As they do every round, Dr Aaron Fox and his team at Deakin University’s Centre of Sport Research have provided us with some juicy stats. This week it’s all about the plus/minus.

Deakin’s analysis suggests the two players who have been most important for their team this season both play for the Queensland Firebirds – Romelda Aiken and Tippah Dwan.

The Firebirds are +13.3 points better off per 15 minutes when Romelda Aiken is on court (vs. off court), and +8.7 in the case of Tippah Dwan.

Sunshine Coast Lightning’s Laura Langman isn’t far behind the two Firebirds, with the Lightning 8.5 points better off per 15 minutes when she is playing.

Per 15 +/- differential refers to the difference in goals for and against their team when the player is on- vs. off-court