Round 13 kicks off Thursday night with a must-win match between the two bottom four sides still in the hunt for a top four spot. But don't forget about the thrilling battle for the 2021 minor-premiership.

Wow, how impressive are the Magpies?

Not only did they complete the season sweep of the Queensland Firebirds on Thursday night, they kept their slim finals hopes alive. Now they just need to beat the West Coast Fever big and hope one of the Fever, Swifts or Lightning lose their last two matches.

Round 13 continues tonight and finishes tomorrow so let's get stuck in.

Whether it's to stay in the top four race, to defend their place in the finals series, to stake their claim on the minor-premiership or just for pride, all eight teams will come into Round 13 with one thing on their minds; just keep winning.

This is a huge game in the grand scheme of the 2021 season, as the only two sides currently sitting outside of the top four that can still make finals go head-to-head.

And it’s as simple as this; winner stays in the finals hunt and the loser begins prepping for the 2022 season.

There are a lot more factors at play than just that, of course, but that’s all these two can focus on. Win the next two games, get that percentage nice and healthy and let whatever happens with the three teams they can potentially knock-out of the top four happen.

We’ve got a full breakdown of the finals race here if you want to get the lowdown.

But let’s not get ahead of ourselves, an improbable finals birth for the Firebirds or Magpies starts tonight in Brisbane, and it should be a fascinating game.

When these two sides met last, the Magpies stunned the Firebirds in Round 4 in Launceston, heading back to the mainland with a 68 to 65 win. It was a total team performance for the Pies, with Gabby Sinclair hitting four of six Super Shots, Kelsey Browne racking up 33 feeds and 24 assists and Geva Mentor finishing with three gains and a whopping nine deflections.

And, just as she did against the Swifts on Tuesday night, Shimona Nelson went off against the Firebirds back in May, hitting 54 of her 55 shots for 54 total points. And how she plays tonight against a Tara Hinchcliffe-less Firebirds defence, fresh off giving up 79 points to the Fever in Round 12, could decide the match.

Jhaniele Fowler shredded this defence on Tuesday night and really exposed their lack of discipline in the circle, helping herself to 23 penalty shots on her way to a 64-point night. Rudi Ellis and Kim Jenner cannot afford to give Nelson that many gifts in this must-win match.

The Firebirds will also have their depth tested again this round, with gun midcourter Jemma Mi Mi ruled out after being helped from the court against the Fever with a leg injury. Macy Gardner comes in for Mi Mi and Lara Dunkley will no doubt pick up those extra minutes at WA, but losing Mi Mi will definitely hurt that pace we have come to expect from the Firebirds midcourt this year.

Maybe the most exciting matchup of the game will be between the Geva Mentor and Jodi-Ann Ward led Magpies defence and a Firebirds attack end that welcomes back Tippah Dwan for the first time since Round 10.

So far this season, only the Fever average more points per game than the Firebirds’ 63.2 and, led by the third highest points scorer in the league Romelda Aiken and centre pass receives leader Gretel Bueta, they’ll be hoping to drop at least that on a Magpies defensive unit that allows the second most points per game (62.3) tonight.

But, as they proved against the Swifts in Round 11, Geva and Jodi-Ann play their best netball when the chips are down and Magpies fans will be hoping that rings true again tonight. 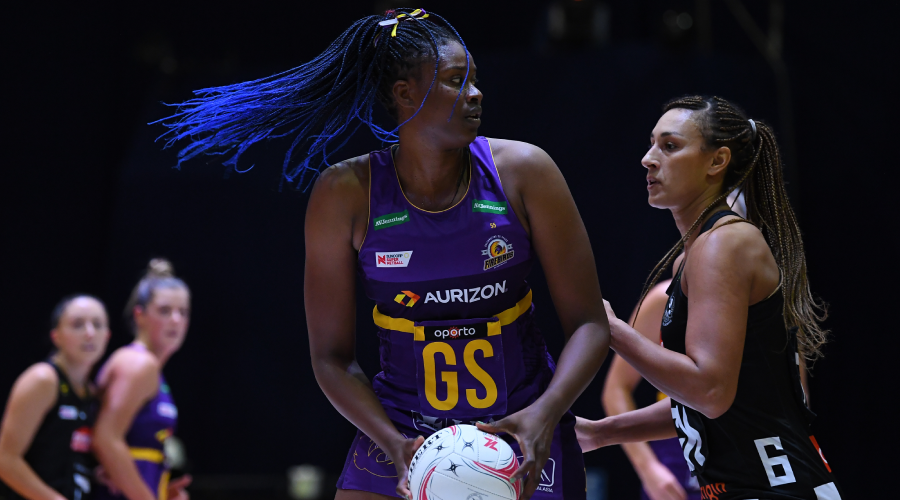 Don't be fooled by where they are on the ladder, this clash between last and second last could prove to be one of the most exciting matches of the round.

Finals won’t be on the agenda for either side after disappointing seasons, however, the battle to avoid the wooden spoon will be the story leading into this one.

The Vixens are currently two games behind the Thunderbirds in last place, but a win here would certainly make things interesting with just one round remaining and only a percentage of four separating the teams.

The end of the 2021 season can’t come quick enough for the Vixens. However, the idea of going from premiers to wooden spooners in the space of one season wouldn’t sit well with this proud team, so don’t expect them to leave anything on the court in their remaining two games.

Form says the Thunderbirds should win this, especially considering the Vixens haven’t won a game in almost a month.

Adelaide upset the Lightning by 1-point in Round 12 after a thrilling finish that saw Potgieter sink a last second shot to pinch an unlikely victory. The Thunderbirds will no doubt take that momentum into Round 13, eyeing off back-to-back wins for the second time this season.

Last time these teams met was back in Round 6 when the Thunderbirds were triumphant by 6-points at USC Stadium. It should come as no surprise that Shamera Sterling was one of the best players in that match, finishing with six gains, four interceptions and 70 Nissan Net Points.

Sterling has continued her unbelievable form since then so the Vixens will need to find a way to limit her impact on this game if they are to have any chance to win.

Coincidentally, both teams have only won two first halves for the entire season, so the result could come down to whichever team can start the best. All signs point to the Thunderbirds with the Vixens consistently struggling to put points on the scoreboard.

Another disappointing opening half saw the Vixens only manage to score 20-points up until half time against the GIANTS last week. However, a last quarter barrage from Kumwenda cut the lead to just 7-points in the dying stages and was some of the best Netball we have seen from the Vixens for quite some time. If they can bring that same intensity into this match, we could be in for a thriller. 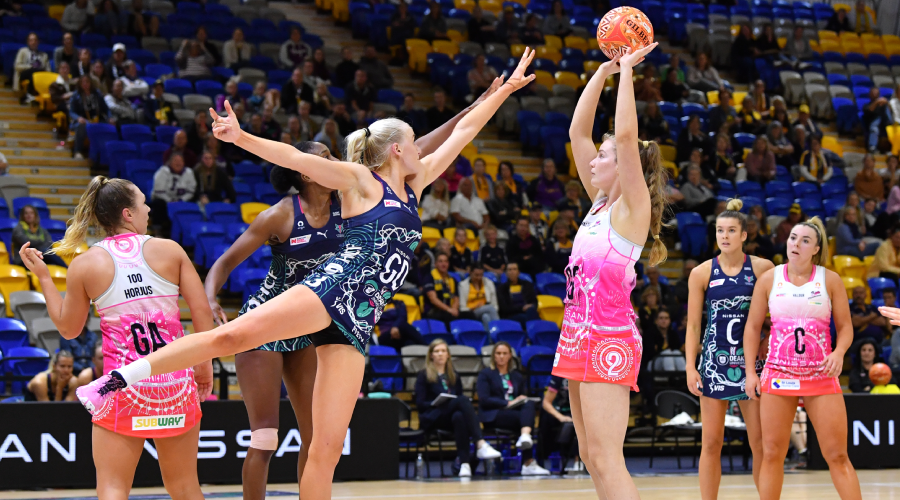 Two weeks ago I was writing about how the GIANTS and Lightning would be battling it out for top spot. Now, the Lightning are on the verge of dropping out of the top four with the Magpies nipping at their heels.

Remarkably, a win here would see the Lightning tie for top spot, with a loss opening the door for the Magpies to sneak into the finals. That is just how close this season has been and it will certainly make for a very exciting last two rounds of Netball.

The GIANTS have come good at the perfect time. A mid season lull no doubt sent some concerns through their fanbase, but a three game winning streak has now put the GIANTS in the box seat to take home the 2021 Minor Premiership and set up a big finals series.

On the contrary, the Lightning were looking a million bucks not too long ago, now after losing three of their past four matches the Lightning just don’t look like the same team we saw a month ago.

The major concern for the Lightning at the moment is their inability to put teams away when they are in control of matches. On many occasions in the last month, Sunshine Coast have dominated large portions of their games but they have had difficulty in converting that into scoreboard pressure. Against a team like the GIANTS who can score quickly, the Lightning will need to make them pay on the scoreboard when they have momentum.

The Lightning have had the ascendancy over the GIANTS in recent years, winning eight of eleven games (including one draw). Not since Round 1 2018 have the GIANTS defeated the Lightning, so they will be desperate to break that current drought tomorrow night.

Amy Parmenter had one of her best performances of the season last week, finishing the game with 70 Nissan Net Points despite sitting the entire last quarter. The Parmenter Price combination was in full force against the Vixens, and it will be a key factor in the GIANTS’ chances of victory.

There is so much on the line in this game and the outcome could decide how the finals series takes shape in a couple of weeks. The Magpies will certainly be keeping a close eye on this matchup before taking the court in their own game. 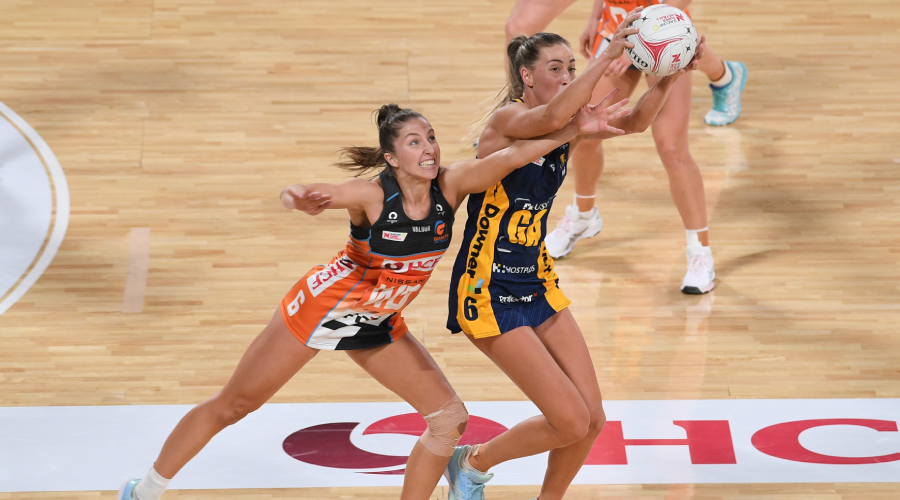 The final match of Round will take place straight after the Lightning v GIANTS clash at the same venue in Nissan Arena. The Magpies will quietly be cheering on the GIANTS as a Lightning defeat will keep their chance of playing finals well and truly alive. A win here could see Collingwood draw level with the Lightning in fourth place, with the difference in percentage under five.

The only issue is that the Magpies will need to face the red-hot Fever who have only dropped two games for the entire season. Those two losses came in Round 9 and 10 with cracks beginning to form in a team that was previously viewed as invincible. However, since those defeats, the Fever have gone on a three-game winning streak, with an average winning margin of 16-points.

Collingwood’s season looked just about over a couple of weeks ago, but have also gone on their own three-game winning streak and are on the verge of pulling off a miracle. The Magpies are only one game and 4% behind fourth spot, however the Lightning have a game in hand so a loss here for the Magpies will see their finals aspirations come to a swift end.

The Fever have won four of their past five encounters against the Magpies, with an average winning margin of 18-points in their last two matches.

Courtney Bruce was the player of the match when they met in Round 6, ending the game with an incredible 11 gains, 10 deflections and five interceptions. The key part to those statistics from Bruce was that the Fever had a gain to goal rate of 70%, scoring nine more goals from gains than the Magpies. Not only does Bruce restrict her opponents from scoring, but the star GK plays a key role in the Fever’s scoring flow.

The Fever are currently ranked first in the competition for gains to goal rate (70.5) and unforced turnovers to goal rate (66.5), showcasing the Fever’s elite defensive structure and their ability to turn that into scoring of their own.

The Fever average a league-high 69-points per game in 2021, so if the Magpies are to have any chance of winning, they’re going to need to put up a high points total. Collingwood have averaged 70.5 points in their last two weeks, so scoring isn’t an issue for them. The issue will be scoring against arguably the best defence in the competition. 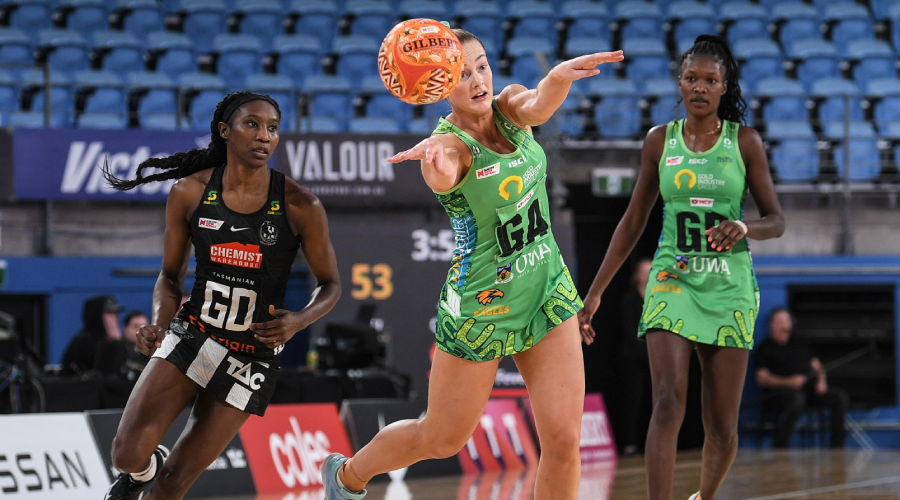 Round Preview Round 13 Super Netball 2021