Massive upsets in Launceston, GIANTS keep rolling, Lightning hit the top and Firebirds end their winless streak in a thrilling Round 13.

Twists in every match have conspired to turn the final round into a heart-thumping thriller after Sunshine Coast Lightning ripped top spot away from the stuttering NSW Swifts in an eventful Round 13.

The Lightning’s one-goal magic act in Melbourne looked a fantasy early in the second quarter with Wood on the bench after a forgettable start to the game against the Melbourne Vixens. 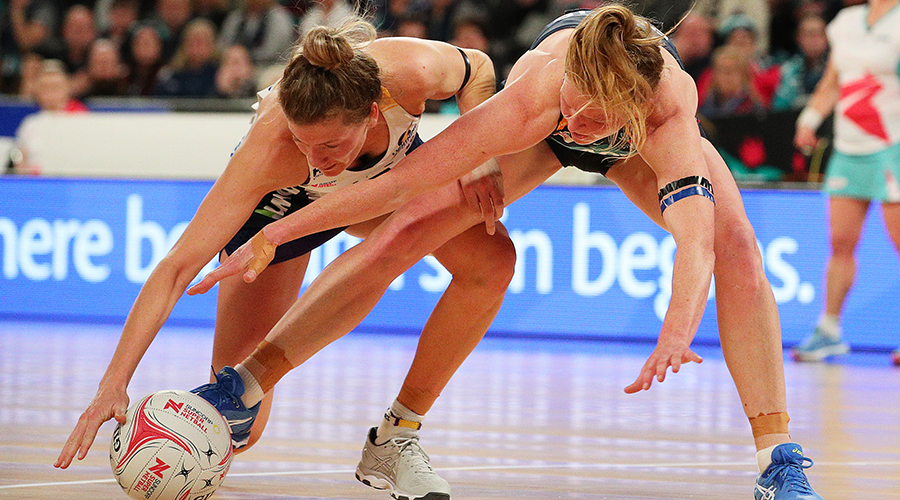 She had been comprehensively outplayed by Jo Weston, and Renae Ingles had put a stop to the Lightning’s usually sharp attack line.

Sunshine Coast’s championship qualities emerged after halftime and it was Wood who capitalised on a timely penalty to sink the winning goal in the dying seconds.

“Sublime D (defence) and pressure on the shot sealed the deal for us,” Lightning captain Laura Langman said.

Injuries to Emma Ryde and Sasha Glasgow meant Adelaide Thunderbird Pitman reluctantly sidled into the GA bib, but not even her slick hands or Shamera Sterling’s 10 intercepts could save her side from a loss to Giants Netball.

The Giants’ win and three bonus points ensured the side held on to fourth place ahead of the surging Collingwood Magpies.

Collingwood could of course do with less emotion after an already dramatic season.

Kelsey Browne’s knee injury in the stunning win against the Swifts was a jab to the ribs of a proud side that has already faced multiple challenges this season.

These Magpies don’t quit, as their last few outings have demonstrated.

Nat Medhurst is playing with the confidence, movement and precision she did a decade ago, while defenders April Brandley and Geva Mentor produced their best game as a combination against the Swifts.

Their resurrection is being stitched together by Ash Brazill who has averaged 95 Nissan Net Points across her last three games and is surely banging down the door for a Diamonds recall. 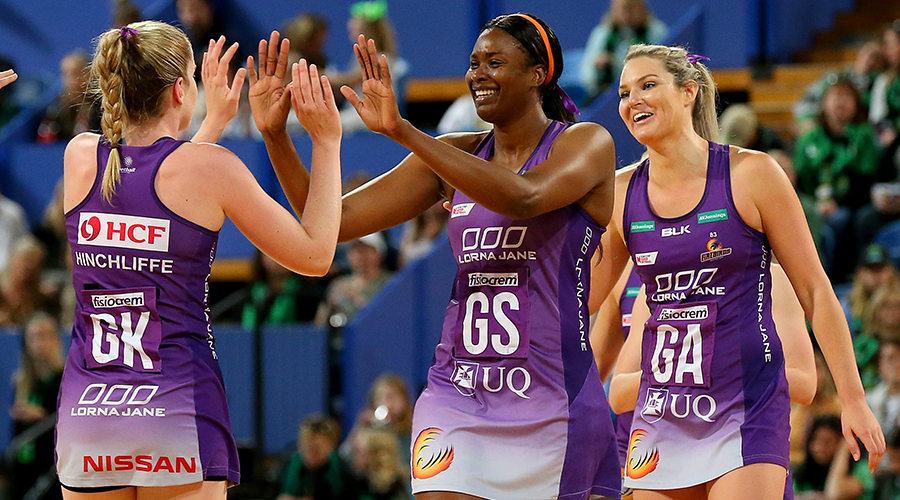 “Brazzy really stepped up in the emotional side of things,” assistant coach Kate Upton said.

“She had that passion to want to get her team over the line.”

Aiken, one of the most prolific shooters in the history of Australia’s national league, played a key role in attack and defence as the Queensland Firebirds won their first game in 54 weeks.

Queensland’s last victory was its Round 14, 2018, win against Collingwood but their woeful season was forgotten, at least momentarily, after Gretel Tippett and Caitlyn Nevins steered the Firebirds home.