Round 14 will crown the 2021 minor premiers and decide the top four order with a Wednesday and Saturday double-header fixture.

Well, at times during the year it looked uncertain if we would ever reach this point, but we have finally made it to the last round of the season.

With finals just around the corner, the top four is cemented, it is just a matter of the positioning and, of course, who will claim the 2021 minor premiership.

A double-header this afternoon will see the bottom teams play for pride and a chance to finish on a high note. Along with an action packed Saturday afternoon of Netball that will crown the ultimate minor premiers and outlay how the first round of the finals will take shape.

This game may seem like a dead rubber at first glance, but the result of every match has an impact on how the top four will take shape.

With no hope of playing finals, the Thunderbirds will be looking to take some momentum into next season with an upset win here. Having won their last two games, the Thunderbirds could win three on the trot and end their season on a monster high.

In fact, with their current five wins in 2021, they have now won more games in one season than they did in their first three seasons combined. This just goes to show the improvement the Thunderbirds have gone through, with the hope of continuing this trend in 2022.

The Swifts, on the other hand, will feature in the final series this season, so it is crucial they come away with a win to help build some momentum before their campaign commences and put themselves in a position to play in the Major semi-final next weekend.

On a concerning note, the Swifts are currently on a two game losing streak and the Thunderbirds are a danger side at the moment. If they lose this one, they then face a hungry Lightning outfit and could head into the finals on the back of four straight losses. So it goes without saying, the Swifts need to win and to win well.

In strange circumstances, the Swifts will be playing two matches in Round 14 with only three days separating the two games. There is still a small chance the Swifts can finish on top of the ladder, but they will need a lot of things to fall into place. But the only thing they can control at the moment is winning, so the Swifts will be looking to put forward a professional performance and get the job done against the Thunderbirds.

Shamera Sterling is in unbelievable form and could be one of the deciding factors in who wins this game. If the Swifts can limit Sterling’s impact, they will be well on their way to victory. 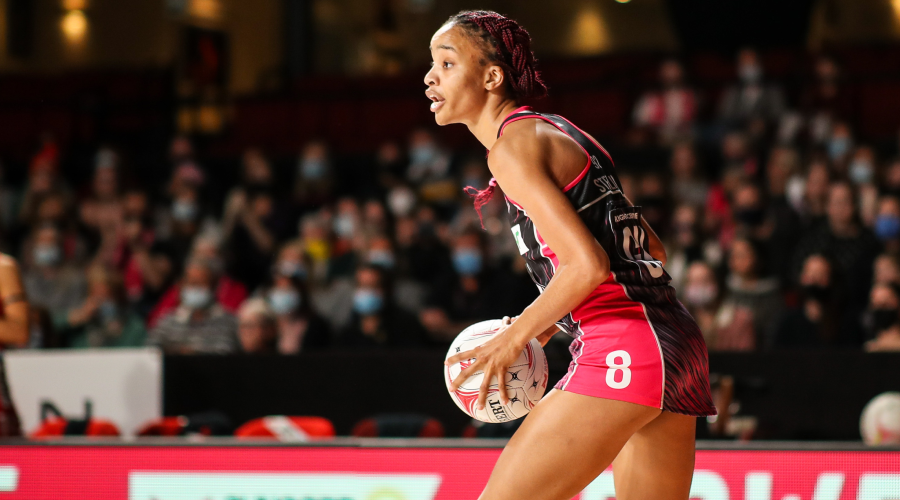 It’s all about pride and finishing the season on a positive note for these two teams, with neither club featuring in the upcoming finals series.

The off-season couldn’t come quick enough for the Vixens, who have had a disappointing output in 2021, claiming the undesired wooden spoon after winning the 2020 premiership. In fact, they are the first team in Super Netball, ANZ Championship and Commonwealth Bank Trophy history to follow up a Grand Final win with a wooden spoon.

The Firebirds have had an up and down campaign, and will be disappointed to be missing out on some finals action. Before the Magpies stunned them in Round 13, Queensland finished the season off in terrific form, winning three of their past four games, and will be eyeing off another victory tonight. Fans will be questioning why this form wasn’t found earlier in the season, however they will be able to take some confidence heading into 2022 knowing they can match it with the best.

The Vixens have simply struggled to put points on the scoreboard, with Kumwenda the lone soldier inside the goal circle. Scoring over 50-points has been problematic for them, but with the Firebirds conceding the highest total of points this season (815), the Vixens will be eyeing off a high-scoring match to finish the year.

The only issue is that the Firebirds have the second highest points for total this season with 818 (62.9 average per game), and considering the Vixens have only scored above 60-points once this year, that might prove a tricky task.

Funnily enough though, that 60-point game was against the Firebirds back in Round 5, so the Vixens will come into this match knowing they can score against their opponents. And this time, the Firebirds will be without key defender Tara Hinchliffe due to her serious ACL injury.

In that game, the Vixens won by 2-points thanks to the individual brilliance of debutant Rahni Samason who finished with 27-goals, including a match winning Super Goal on the buzzer.

Unfortunately the Vixens will be without Samason tonight, so they will need someone else to stand up, or we could see a convincing win for the Firebirds to end their season.

One positive for the Vixens is that they are currently second in the competition in deflections resulting in a gain. This is due to the relentlessness of defenders Emily Mannix, Jo Weston and Kadie-Ann Dehaney who never give in and will continue to compete no matter the score.

Also look out for Kim Ravaillion to finish the season off in style. Kim features in the top 5 of multiple key statistics, including; 3rd in Nissan Net Points, 2nd in goal assists and 1st in feeds. 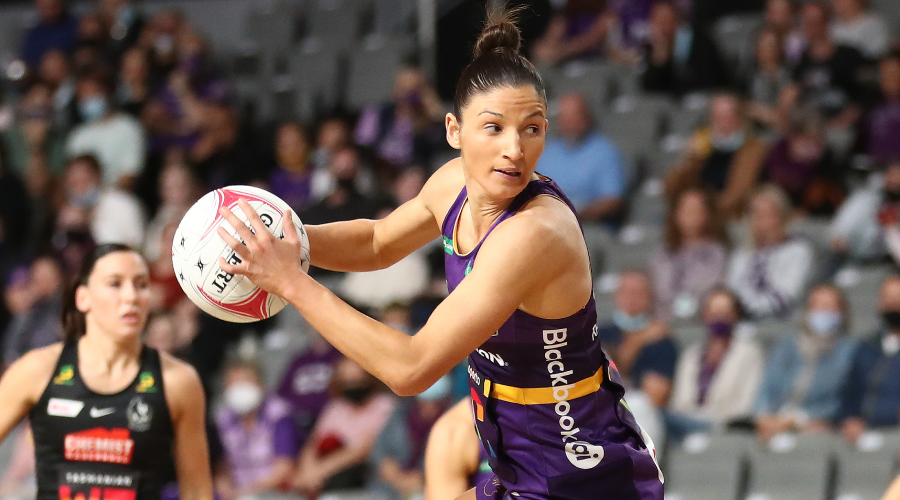 What an afternoon of Netball we have in store for you, with the top four teams battling it out to ultimately decide how week one of the finals will take shape.

In unprecedented circumstances, all top four teams are currently sitting on 32-points on the ladder, with percentage the only variable.

The Lightning currently have the lowest percentage out of the four teams and will need to win and rely on a draw in the other game to pinch top spot. Realistically, the best they can hope for is to finish second, which would be a huge achievement considering the Lightning have lost three of their past five matches, including a 3-point loss to wooden spooner’s Melbourne Vixens.

In arguably the match of the season to date, the Lightning pulled off a thrilling Extra Time win against the GIANTS to cement themselves a spot in the 2021 finals series. They will be hoping to carry over that momentum into the final round of the season, where another victory will have them primed to challenge for the premiership.

A major concern for their premiership hopes is the injury to Steph Wood. Their star attacker went down towards the end of the third quarter after landing awkwardly on her already troublesome knee.

Steph Wood has gone down with a knee injury in the 3rd quarter in the tight clash against the GIANTS.

Peace Proscovia replaced Wood on the court and didn’t look a step out of place, finishing the game with 21-goals on 96% shooting accuracy. As well as Proscovia played in her teammates absence, without Wood, the Lightning’s chances of going all the way have taken a substantial hit.

Now, over to the Swifts. Realistically, once again, the best they can hope for is to finish second on the ladder, as the Fever and GIANTS hold a percentage advantage over them. Easiest way, a win by 15-points more than what the GIANTS hypothetically beat the Fever by would give them a better +/- and percentage than their cross-town rivals and the minor premiership.

The Swifts are the only team playing on Saturday who have already played a game this round, after defeating the Thunderbirds by 5-points on Wednesday.

It will be interesting to see how the three day turnaround will affect the Swifts. With a finals berth already sewn up, perhaps we may see some tactical changes to allow their players some extra rest. However, don’t underestimate the importance of continuing winning momentum heading into a finals series. 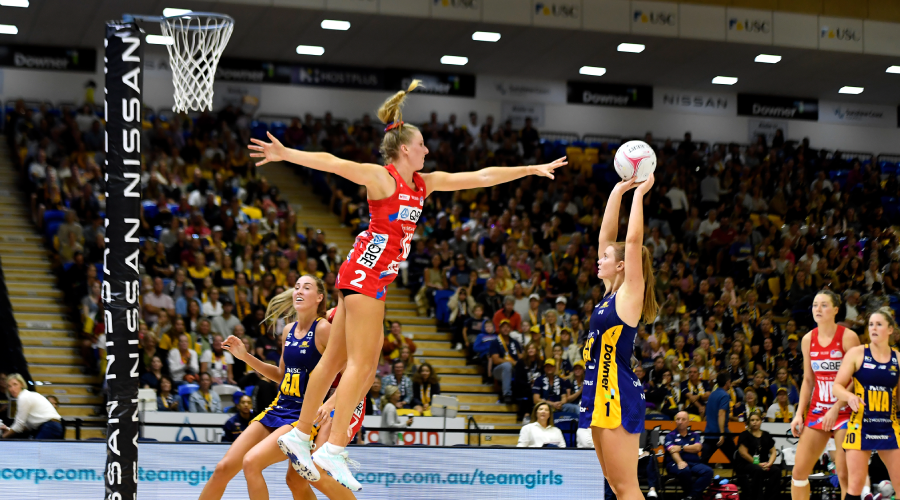 What a way to finish the season. The two top teams battling it out for the 2021 minor premiership. It’s crazy to think that a win will crown you the minor premiership and a loss will result in losing your double chance. That is how much is on the line in this clash.

With both teams currently in possession of a higher percentage than the Lightning and Swifts, victory should guarantee a spot on top of the ladder.

It goes without saying, finishing in the top two will increase your chances of winning the grand final substantially. In the history of Super Netball, only one team has won the premiership by finishing outside the top two; and that was the Lightning back in 2018 (finishing 4th).

This game could potentially be a grand final preview, so it will be interesting to see how many cards both teams will show in case they meet in the finals.

If their last game was anything to go by, we are in for another classic. Back in Round 5, the Fever took home the bragging rights with a 1-point thriller at RAC Arena. The GIANTS were up by 8-points at halftime before the Fever stormed over the top to claim a famous victory.

This game will be played on neutral territory this time round, so any advantage either team could claim will be thrown out of the window.

We all know how much the GIANTS love the Super Shot. They have taken a competition high 165 attempts, almost double the Fever's 87.

It should come as no surprise that Jo Harten and Sophie Dwyer of the GIANTS are ranked first and second in total made Super Shots for the season. Harten hit nine Super Shot’s in their Round 5 encounter, so expect the Fever to keep an eye on these tactics.

On the other end, the GIANTS will need to limit Verity Charles’ influence on the match, with the star midcourter in scintillating form. Across the competition, Charles is currently first in goal assists (269) and second in feeds into the circle (432).

This game has all the makings of a classic and will ultimately decide how the finals series will take shape. This is a must not miss clash. 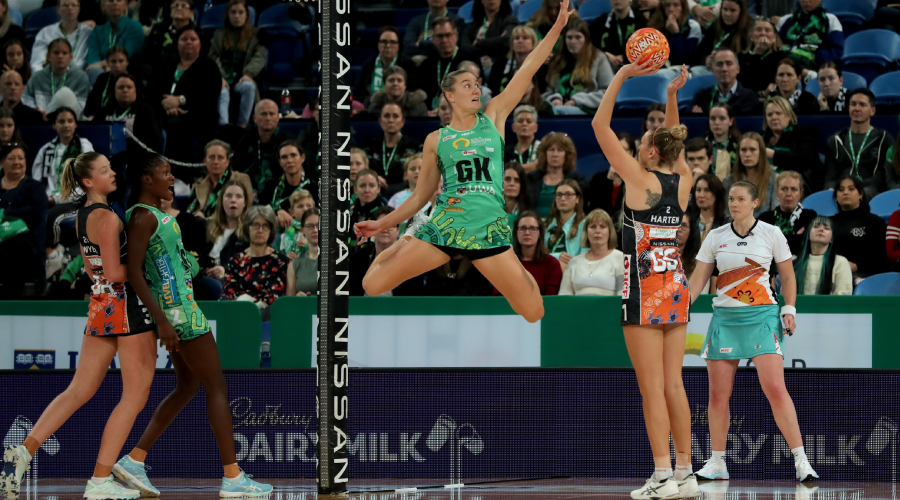 Round Preview Round 14 Super Netball 2021