Second place on the ladder is still up for graps for three sides as we come into the final round of the regular season. Who can seize the moment and book a date in the major semi final?

Considering three months ago we weren’t even sure there would be a 2020 season, it’s hard to believe that the regular season is just four games from being over.

It’s also hard to believe that after 13 rounds of netball, we still don’t know how the top four will look until around 3.30pm AEST this Sunday.

Three teams can still potentially finish second on ladder. Let’s find out how.

We kick-off with the only game of the weekend where the result won’t have any effect on the top four, which isn’t to say it won’t be a cracker.

The Firebirds, fresh off their massive Round 13 win over the minor premiers, would love to cap off a much-improved season with a sixth win.

And the Magpies, who haven’t won a game since these two met in Round 3, have been playing better netball of late and would like nothing more than to finish a difficult season on a high note.

Once Gretel Bueta announced that she would be sitting out the season as she prepared to become a mother, the biggest question mark surrounding the Firebirds was where the goals were going to come from?

The answer – from a reinvigorated Romelda Aiken and one of the most exciting young shooters in the competition Tippah Dwan.

These two will go up against one of the league’s top defences in Geva Mentor and Jodi-Ann Ward, and we’re predicting this will be where the game is won and lost. 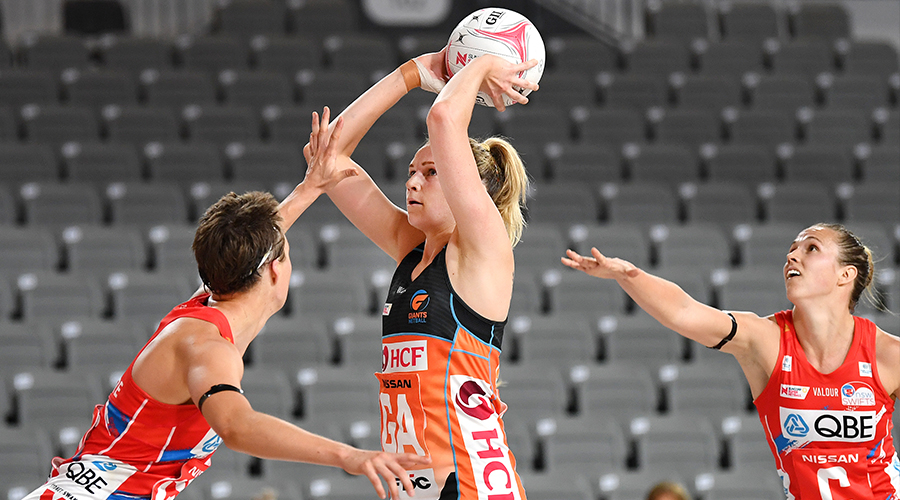 It’s as simple as this for the fourth placed Swifts – beat the GIANTS to move up to second and hope the Fever and Lightning lose.

And wouldn’t their cross-town rivals, the GIANTS, just love to throw a spanner in the works and knock them off to finish the year.

A lot has changed since these two met in Round 1, where the Swifts blew the GIANTS away with a 21 point third quarter then held on to win by two.

Back then, after Jo Harten hit nine Super Shots for the game, we were wondering whether the GIANTS were about to start re-writing the scoring records. They did not.

What can we expect from the second NSW derby? Considering both teams are in the top four highest scoring attacks but allow the fifth and sixth most points per game, this one looks like it should have plenty of goals.

Both teams have something to play for - the Swifts for a chance to finish second and the GIANTS for pride and a chance to play the role of party pooper – and that should make for a great game.

Another game with the chance to finish second on offer for one team and the opportunity to be a thorn in a rival’s side for the other, the third game on Saturday should be a beauty.

The Fever are the hottest team in the league right now and haven’t lost a game since Round 6. They score the most points per game (69.3), no team has more gains this season (193) and only the Vixens have a better +/- than them (+68).

They’ll take on a Thunderbirds team that leans on their incredible defensive unit. In fact, this team has allowed more than 60 points just four times this season and has only given up 70+ points once, in Round 1 against these same Fever.

As it is every time these two teams meet, the big matchup is between Jhaniele Fowler and Shamera Sterling, the best Goal Shooter and the best Goal Keeper in the competition.

If Sterling and the Thunderbirds can somehow slow down Fowler, they’ll like their chances. It’s a big if though.

But the big story is that if the Fever can come away with the win here, they will jump into second place on the ladder meaning the Sunshine Coast Lightning will have to beat the Vixens on Sunday to hold their place. 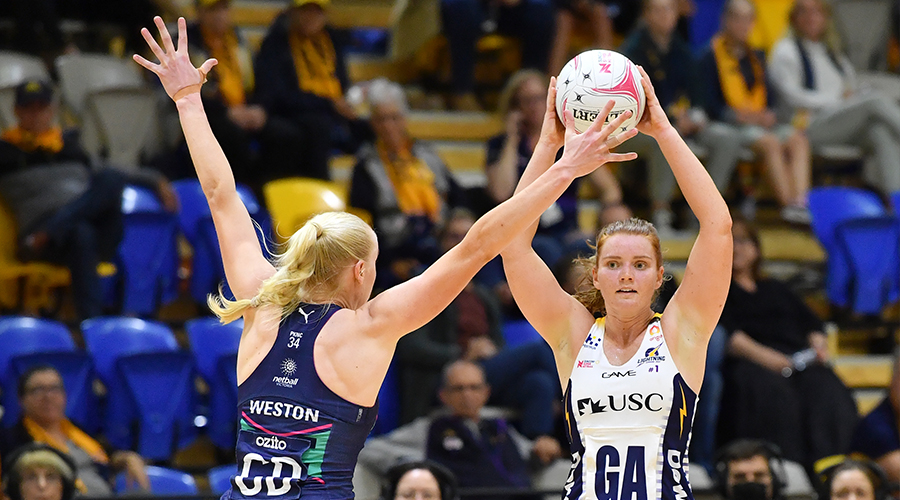 But of course, it all leads up to this. Even if the Swifts and Fever were both to win by 100 points it would all be for nought if the Sunshine Coast Lightning are able to beat the Melbourne Vixens on Sunday.

Last time these two met was in Round 3, where the Vixens came away with a comprehensive 12 point win after jumping out to a 15 point halftime lead.

The Vixens are coming off their first loss since Round 4, after the Firebirds upset them in Cairns last week. They were uncharacteristically sloppy in the six point loss and will be looking to tighten things up going into next week’s major semi-final.

For the Lightning, securing second place on the ladder and back-to-back games against the Vixens will be their number one priority, as well as building some momentum going into finals.

Since their Round 7 loss to the Swifts, the Lightning have struggled to find consistency week-to-week. They have four wins and three losses in that time.

Goal assists and feeds league leader Liz Watson, who has missed the last two games for Melbourne, has been named in the team this week which means she should play game number 100.

If she plays her normal role, her battle with Maddy McAuliffe could be the defining matchup in what should be the game of the round.

Round Preview Round 14 Super Netball 2020