Two rounds into the 2021 season and things are starting to heat up. We break down all of the Mother's Day weekend action in our second Round Wrap of 2021.

It’s my favourite time of the netball week. Monday, when the events of the weekend’s four matches have unfolded and all the questions leading into the week have been answered.

Could the Magpies overcome some massive injuries and beat the GIANTS at The Rose- or should we call it The Wall? I hear the locals call it KRA? Let us know in the comments because a stadium that nice needs a good nickname-? Would Fever vs Swifts live up to the hype? Surely the Vixens wouldn’t start their premiership defence 0-2? Are the Firebirds the highest-flying birds in the SSN?

We now know the answers to those questions!

So, let’s discuss them and sum up what we saw on court during Mother’s Day weekend.

Just like a netball court, GIANTS vs Collingwood’s Round 2 clash was a game of thirds. The GIANTS dominated the opening quarter and a half, a stalemate in the middle and a fightback from the Magpies to end proceedings.

However, we all know that netball can be won or lost in just one quarter; and that is exactly what happened on Saturday. With both teams still shaking off the early season cobwebs, it was the GIANTS who steadied first and piled on an onslaught of goals in their brand-new arena.

And doesn’t it look sensational.

Captain Jo Harten christened the new court with a deadeye opening term, scoring the first 8 points for the GIANTS, while finishing the quarter with 14 goals, including two Super Shots, on 93% shooting. The quarter time margin was 11 points in favour of the home team, one point shy of the eventual final margin.

A Super Shot for the Giants is a fitting end to an incredibly one-sided opening quarter! The Giants lead 19-8!

The slow starting Magpies outfit were unable to peg back the deficit, despite a brave fightback in the second half. Shimona Nelson, who had an up and down game, showed signs of the potential the young Jamaican has. The 22-year old put through 25 points from only 26 shots in the second half; and if she can work on her clean hands and reduce the turnovers, Nelson can quickly become a superstar of the competition.

With multiple injuries leading into the game, the Magpies were needing a huge performance from their Centre Ash Brazill. However, Jamie-Lee Price was instrumental in not only shutting down Brazill’s impact on the game, but also proved the difference during Collingwood’s momentum swing.

In the end, it was the composure of Price and Maddie Hay in the middle who put the game out of reach for the Magpies.

The GIANTS now sit on top of the ladder undefeated, taking on the Firebirds at Ken Rosewall Arena next Sunday for the chance to start the season 3-0. All eyes will be on the Magpies and Thunderbirds in their Round 3 clash, with both teams aiming to claim their first win of the season. 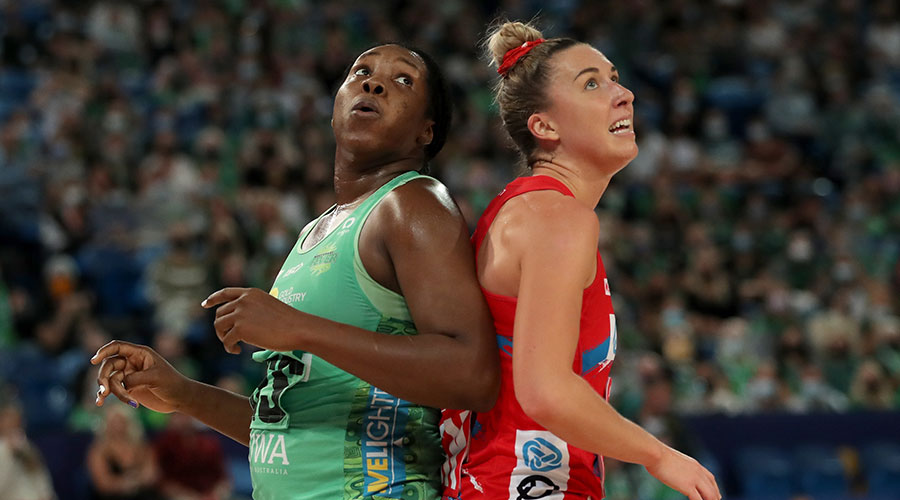 This was one of those games where you wished the timekeepers would throw the clock out the window and just let the players go for as long as they liked. Funnily enough, the timekeepers were thinking the exact same thing.

Technical difficulties aside, this was one of the best games of Super Netball I’ve ever watched.

It was end-to-end stuff and reminded me of one of those 25 hit tennis rallies that leave you speechless from the skill on display. Sharp passing, clutch shooting, game changing intercepts, breath-taking team play, moments of individual brilliance.

It was this sport at its incredible best.

With the win, the Fever are now just one victory away from climbing out of the negatives on the ladder. And that is a big deal considering our third and fourth teams on the ladder have just one win coming into Round 3.

If they can bring home the bacon this weekend against the Sunshine Coast Lightning, the Fever will be right back in the top four hunt. 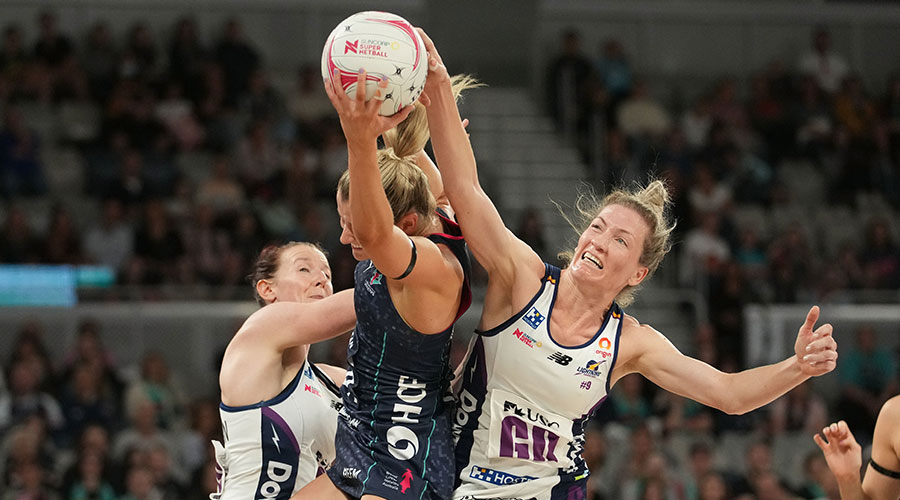 The cold hard truth for the Vixens right now is that, for the first time in the SSN era, Melbourne are 0 and 2 to start the season.

That being said, I think there are some promising signs that hint at a Vixens team that could be frisky once they’ve had a little more time to build their combinations, particularly in the attack end.

There were moment’s when Hannah Mundy and Ruby Barkmeyer were really clicking like a WA/GA combo that has played a lot of netball together in their young careers in the VNL and ANL systems. Both are young and have copped a baptism of fire going up against the likes of Courtney Bruce, Jess Anstiss, Karla Pretorius and Maddy McAuliffe to start the year but look like they are starting to settle in.

I think, like the Vixens on Sunday, these two will be much improved in the second half of the season and will play big roles in whether or not this team plays finals.

For the Lightning, it was business as usual… in the first half! Coach Kylee Byrne will no doubt be thrilled with the four points but will be concerned with her team’s effort across four quarters with the rampaging Fever coming to Sippy Downs on Saturday night.

One area she won’t be concerned with is her starting attack pairing of Cara Koenen and Steph Wood, who have started the season red hot. Their ability to move around the shooting circle and open up space for each other is verging on unstoppable and should have opposition coaches worried, and I don’t just mean in the SSN.

If this isn’t the starting line-up for the 2022 Comm Games Diamonds, I’ll be shocked. 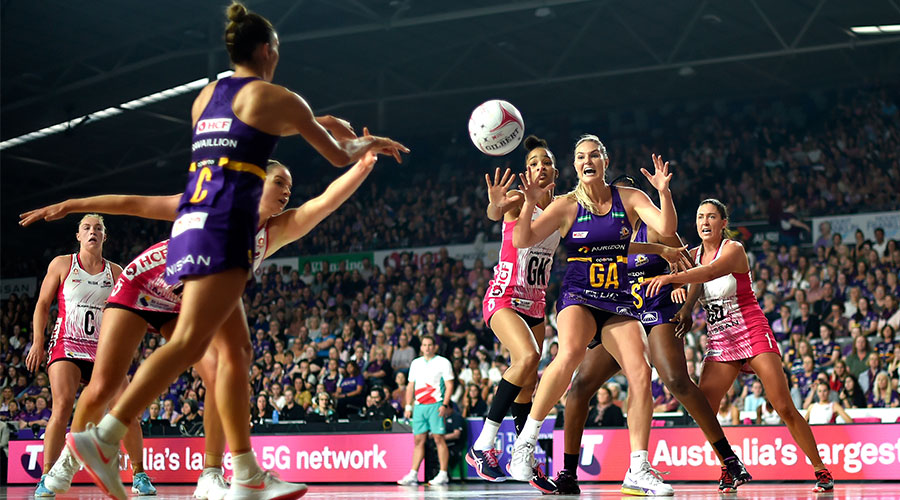 My one big hope this season is that the Firebirds finish either third or fourth. Why? Because that would mean I could potentially watch them 17 times this year, if they make the Grand Final.

They are just so much fun to watch.

That shooting circle is incredible and gets the job done in so many different ways. Gretel’s Gretel, Romelda is back to being that high-flying holding-GS we all love, and Tippah might just be the most exciting talent in Australian netball right now.

The Bash Sisters in defence cleaned up their act this week, getting that penalty count out of Don Bradman batting average areas, and really punished the Adelaide shooters. Tara Hinchliffe in particular looked great on the tricky customer that is Lenize Potgieter.

But I think what really makes this team hum is that midcourt. Kim Ravaillion is just so steady at Centre and, as we all know, Gabi Simpson is the ultimate weapon at WD. And what I love most is the combination of Dunkley and Mi Mi at WA and the way Head Coach Megan Anderson uses them.

It’s similar to an ice hockey line change where Dunkley goes at 100% for ten minutes, swaps with Mi Mi once she’s slowing down, who swaps back once she’s tired 10 minutes later. And it adds this relentless pace to the Firebirds attack that is awesome to watch.

All that being said, the Thunderbirds did had their moments on Sunday. I particularly liked Sam Gooden’s game, who shot well and played with great tempo once she was brought on at GA early in the piece.

The issue is that teams seem to have no issues moving the ball out of defence on the Thunderbirds, which puts serious pressure on an attack end that seems to be working out how best to keep the scoreboard ticking over.

They have a crucial game against the Magpies coming up that feels like a must win, not just to keep in touch with the top four but to build some momentum and boost morale.