The first mid-week round of the 2020 season is in the books and there was a lot to take in. Here's what we learned from Round 3.

After the first mid-week round of the condensed season wrapped on Wednesday evening, the cold hard truths of 2020 became abundantly clear.

The rolling substitution rule and extended benches are going to be life savers as the rigors of the tight schedule start to take their toll.

Team depth has never been so important.

Home games are going to mean very little with the smaller crowds and reduced travel times.

And winning the 2020 Grand Final is going to take a colossal effort.

Let’s take a look at what we saw in Round 3.

The GIANTS give us a free (for Telstra customers) lesson

Coming into this match, the Fever had scored a combined 146 points in the first two games of the season, the highest scoring start to a season in SSN history.

Well, the GIANTS taught the league exactly how you slow them down.

When the Fever jumped out of the gates and dropped 20 in the first quarter, it looked like it was going to be business as usual for West Coast. They were clearing out the offensive zone, letting Alice Teague-Neeld go to work up high and giving Jhaniele Fowler plenty of one-on-one opportunities under the post.

That space disappeared after the quarter time break and the Fever could manage just 48 points for the rest of the game.

Jamie-Lee Price, Amy Parmenter and Kristiana Manu’a started playing deeper in the defensive zone and dared the West Coast midcourt to get through them with good passing and creativity.

While Ingrid Colyer has speed to burn, Jess Anstiss is a bull and Verity Charles will go all day, working their way through a zone defence is not this group’s strong suit.

Let’s see if the other coaches were taking notes. 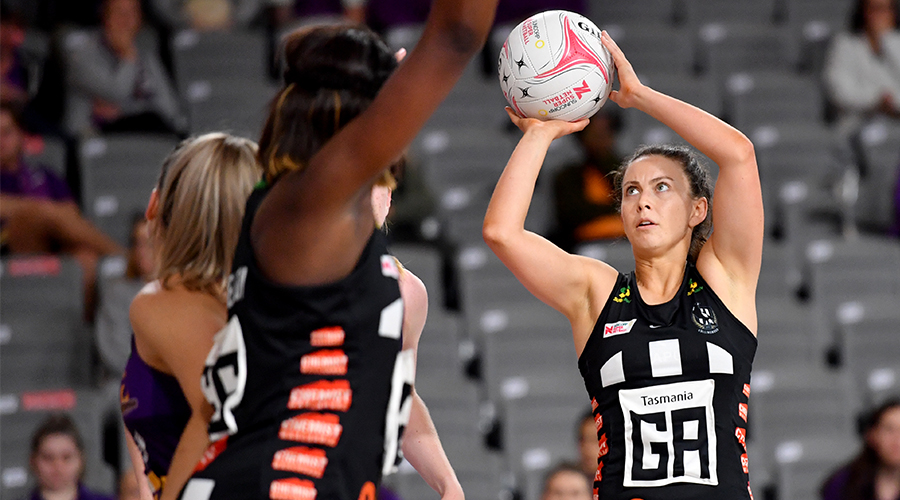 A lot to learn from a Tuesday night grind

It wasn’t pretty, but the Magpies were able to grind out a win against a brave Firebirds team, their first of the season.

But both teams should come away feeling good about the match.

While Queensland will be disappointed that they couldn’t come away with the win, they should be pleased with the way they bounced back from a 28 point Round 2 loss.

Kim Jenner played the best game of her young career, finishing with 5 interceptions, 7 gains and 5 deflections. She was a thorn in the side of the Magpies attack all night and will be keen to build on this brilliant performance.

The Magpies on the other hand will be thrilled with what they’re seeing from Mel Bragg and Player of the Match Molly Jovic.

Madi Browne and Kelsey Browne are the clear starters at the Centre and Wing Attack positions for the Pies, but both are being eased into the 2020 season as they continue to recover from serious knee injuries.

Every win they can get with those two superstars sitting on the bench for half the game will be vital and getting court time into these less experienced midcourters will be invaluable.

Seriously, how do you beat the Swifts?

Three games into the 2020 season and we’re struggling to see a way to beat the Swifts.

Their three wins of the season have all required them to play three different styles of netball.

Sustained scoring and cool heads were required to hold off a fast finishing GIANTS in Round 1. Some record breaking second half scoring was needed to chase down Fever in game two. And four quarters of clinical, high-pressure play chalked up a 15-point win over Adelaide on Wednesday night.

So, if they can hold on to a lead when the momentum has swung against them, score bucket loads of goals and strangle the opposition all over the court, how can any of the other teams hope to beat them?

Their three-headed monster in attack (Helen Housby, Sam Wallace and Sophie Garbin) can score anyhow anywhere, Sarah Klau might just be the best Goal Keeper in Australia and no team can match their talent and depth through the midcourt.

If only there was a team playing as well as, if not better than, the Swifts… 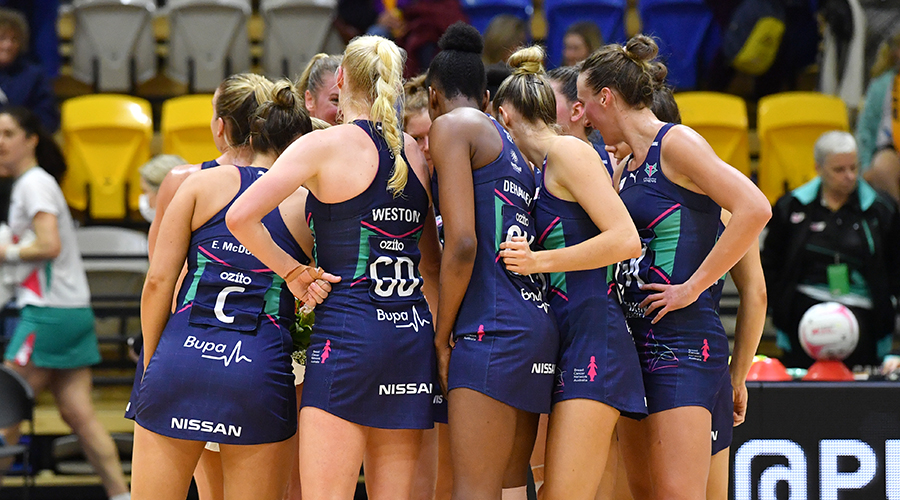 The answer to the above question

After Round Two we were liking what we were seeing from the Vixens but weren’t ready to get too excited about their play just yet.

Well, after belting the Firebirds in Round 2, the Vixens jumped on the bus, headed up to USC Stadium and handed it to the Sunshine Coast Lightning to close out Round 3.

Their first half was the best we’ve seen from any team so far this season. They were particularly impressive in the second quarter, where they were able to hold the Lightning to just 8 points scored, the first time they haven’t scored in the double digits since the 2018 Elimination Final!

All three of their shooters were able to score over 20 for the match, Emily Mannix and Jo Weston are so difficult to score on and that starting midcourt of Liz Watson, Kate Moloney and Kate Eddy is faultless.

For the Lightning, it was another slow start, and one they couldn’t come back from. For those at home keeping score, the Sunshine Coast have now been outscored 119 to 91 in opening halves this season and have now gone into the halftime break trailing in seven of the last nine games.

Kylee Byrne needs to find a way to fire her girls up from the opening centre pass.

Super Netball 2020 Round 3 Round wrap