We look at the Grand Final rematch, the first draw of the year and the hoodoo snapping Thunderbirds latest huge win in a Round 4 to remember.

In many ways, Round 4 was a round of first.

We had our first drawn game of the season between the GIANTS and Firebirds, we had the first of two Grand Final rematches we can look forward to and the Thunderbirds did something they haven’t done for seven years.

Let’s get stuck into what was an awesome round of netball.

What a difference a skipper makes

When Captain Courtney Bruce is on the court, the West Coast Fever look like they could trouble anyone.

Young Goal Keeper Olivia Lewis has been filling in admirably for the injured Bruce, but we’re talking about taking the place of one of the first players you think of when asked “who’s the best GK in the world?”

But when it all comes down to it, when Courtney doesn’t play, the Fever don’t win, plain and simple.

In fact, since Round 2 last year, Courtney Bruce has missed seven games and in those seven games they have lost six and drawn one.

The points against numbers, which of course the Goal Keeper plays a massive role in affecting, have been particularly bad during this seven game stretch. In matches where the Fever are playing without their captain, they have allowed the opposition to score an average of 73 points, which includes allowing a record high of 80 points to be scored twice!

She played in half of the Fever’s one-point win over the Magpies on Saturday and had an immediate impact on the game, pulling in two intercepts, two rebounds and four gains in 30 minutes. 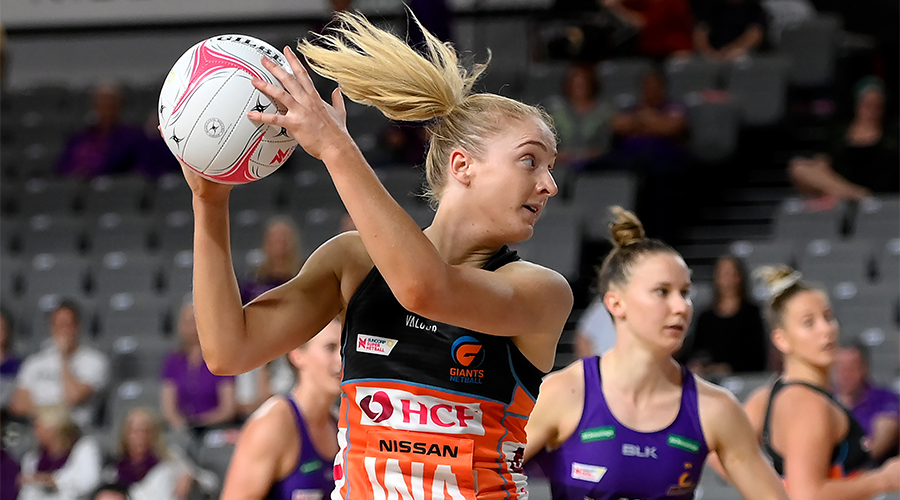 First draw of the season

Not all drawn matches are born equal, but this one was particularly good.

Lead changes a plenty, momentum swings, clutch shooting, massive defensive plays, a Super Shot to tie it up and a miss on the buzzer that would have won it.

While it’s not a win, Roselee Jencke will be pretty happy with her Firebirds. When Kiera Austin scored with nine minutes remaining to stretch the GIANTS lead to five, you might expect a team with just one win in two years to lay down and die.

They showed heart, backed themselves and forced a draw. That’s all you can ask of a young team still trying to establish a winning culture.

GIANTS Head Coach Julie Fitzgerald has some decisions to make in her attack end, because one minute they look like netball’s version of the Harlem Globetrotters and the next they look lost.

Here’s how we see it… Kiera Austin is too good at Goal Attack to be playing Wing Attack or on the bench, Maddy Hay is proving she can be a match winner at WA and Jo Harten is a gun at either shooting position.

When those three are on court together, the GIANTS look dangerous. So, is it time to start playing Caitlin Bassett off the bench?

Although her scoring has clearly dropped, she’s averaging 27 points per game so far this season compared to 35 in 2019, she is still incredibly important to the GIANTS structure.

But is she nullifying the team’s two most explosive scorers?

Lightning redeemed and back on track

100% of the Lightning players, coaches, staff and fans would have swapped Sunday’s incredible win over the Swifts for a third Grand Final in heartbeat, but that win sure would have felt sweet.

They were on from the opening centre pass, trailed for just two minutes and thoroughly outplayed a Swifts team that seemed more interested in the penalty count (which, to be fair, was 59 against the Swifts to 33 for the match) than the win.

It was the perfect response to a really disappointing Round 3 performance by the Lightning, who were blown off their home court by the Melbourne Vixens.

There has been a lot of talk about Kim Jenner of the Firebirds playing at a level that should warrant a place in the Diamonds team, but I think there is another Sunshine State native that can’t be left out of the national team.

Only Jhaniele Fowler has more points than Cara Koenen’s 156 in the first four rounds. She has established herself as Kylee Byrne’s number one choice at Goal Shooter, a big result for the Magnetic Islander considering Peace Proscovia is on the roster too.

If the Lightning can take care of a faltering GIANTS team on Wednesday night, that Round 3 performance will seem like nothing more than a lesson learned during a rollercoaster of a season. 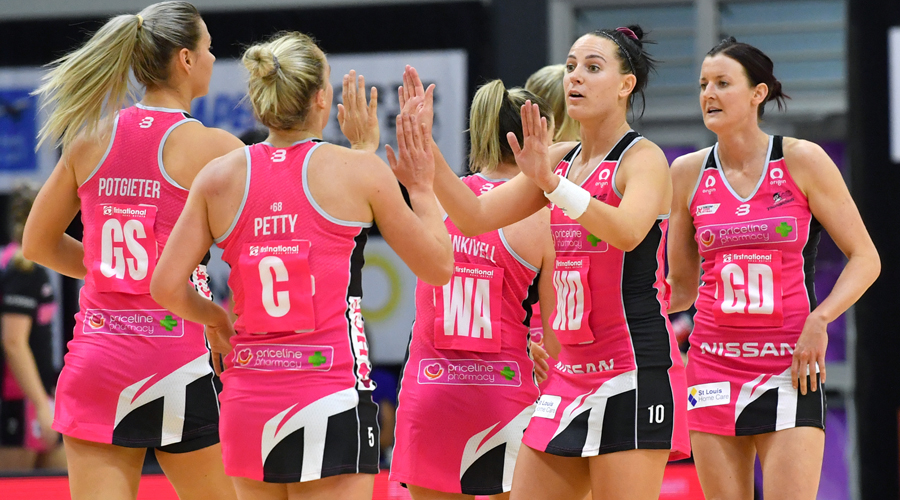 Upset of the year so far

The Adelaide Thunderbirds just beat the Melbourne Vixens for the first time since April of 2013.

Where do we even start?

Lenize Potgieter played her best Super Netball game yet, pouring in 32 points. Likewise, Georgie Horjus at Goal Attack, who’s ability to feed the hot hand and keep the defenders honest allowed Potgieter to have her way with the Vixens defence.

Shamera Sterling was her normal disruptive self and looks like she’s loving working with Kate Shimmin and Layla Guscoth, who’s recovery from injury looks to be tracking nicely.

And that disciplined midcourt is built for a physical grind against teams like the Vixens and were able to match every challenge that Melbourne threw their way.

Nothing seemed to go right for the Vixens in this one. 31 turnovers for the game is so much more than Melbourne’s average that it almost has to be written off and they just couldn’t keep up with a Thunderbirds team that caught fire late and left them in the dust.

The Vixens will be disappointed with the loss but, like all teams this year, need to put it in the rear-view mirror quickly before the next round of games is on them.

Round 4 Super Netball 2020 Round wrap