We’ve got a massive weekend of netball ahead of us, as Round 5 throws some classic match-ups at us

Nat Medhurst and her Magpies will take on her old team in Bendigo to kick off the round, the Lightning will be hoping to open the newly renovated USC Stadium with a win against Caitlin Bassett and her GIANTS, the Swifts will travel to Melbourne for a top of the table clash with the Vixens and the Thunderbirds and Firebirds close out Round 5 with both teams desperate for a win.

Let’s take a deep dive into Round 5 and have a closer look at some of the key match-ups with Laura Geitz.

After an up and down start to the season, the Magpies will head out to regional Victoria to take on the Fever in Bendigo.

The Fever will come in to this game with plenty of confidence after drawing with the top of the ladder Vixens last week and after the announcement that captain Courtney Bruce will be back on the court.

But the key match-up, according to Geitz, will be up the other end of the court where two of the best players at their positions will go head-to-head in Geva Mentor and Jhaniele Fowler.

“Geva’s such a star but she’ll have her hands full against Jhaniele, who I think is the hardest player to play against in the league. Her positioning and her body work is phenomenal. ” 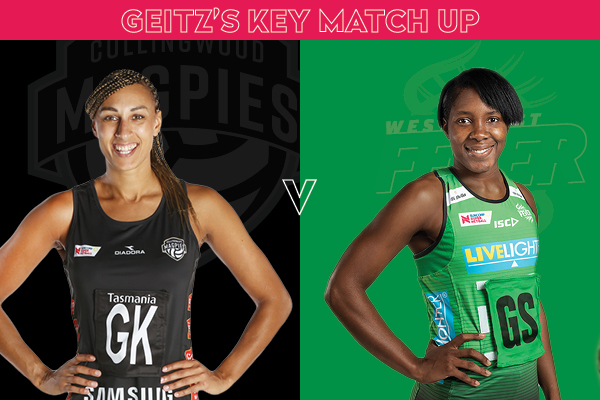 Caitlin Bassett will be thrilled to be coming into her old stomping ground in good form, after starting the season looking a little shaky.

But her and her new GIANTS teammates will be coming up against the hottest team in the league in the Sunshine Coast Lightning, who’ll be keen to light up the home court for the first time this year.

Both teams are coming off impressive wins in Round 4, with the Lightning coming back against the unbeaten Swifts and the GIANTS travelling to Brisbane and beating the Firebirds by 8-goals.

Lightning defender Karla Pretorius has been in career best form to start the season and her mouth watering match-up against Jo Harten is Laura’s key match-up of the game.

“If you look at the Nissan Net Points, Karla has been in the Team of the Week every week – She’s a freak. Regardless of who you are, if you want to see what you’re made of as a goal attack, play against Karla. She’s taken the position to the next level.”

“She’s the benchmark and Jo will have to be at her best to come away with a good game against her.” 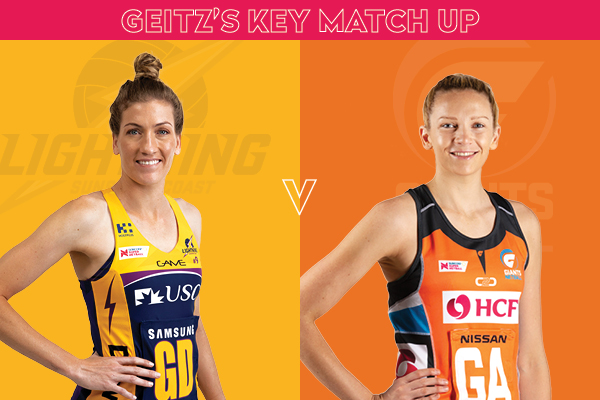 Sunday kicks off with a huge game as the number one Vixens hosting the number two Swifts at Margaret Court Arena in Melbourne.

After coming into Round 4 unbeaten, both teams hit their first roadblocks of the 2019 season as the Vixens were stunned by the bottom of the ladder Fever in Perth and the Swifts failed to hold off the Lightning.

It’s going to take a massive effort to come away from Margaret Court Arena with the W and it will all start in the engine room – the midcourt.

Both teams are stacked through the middle and the individual match-up between Kate Moloney and Paige Hadley could be the most fiercely contested one of the round. And Geitzy thinks there could be even more incentive than usual for these two to perform well.

“Both Kate and Paige are in amazing form and are pushing for a position in the Diamonds World Cup team, you can almost see it in their eyes!”

“I think that this is an awesome opportunity for both Kate and Paige, and I bet Lisa (Alexander) and the selectors will be very intrigued to see how they go.” 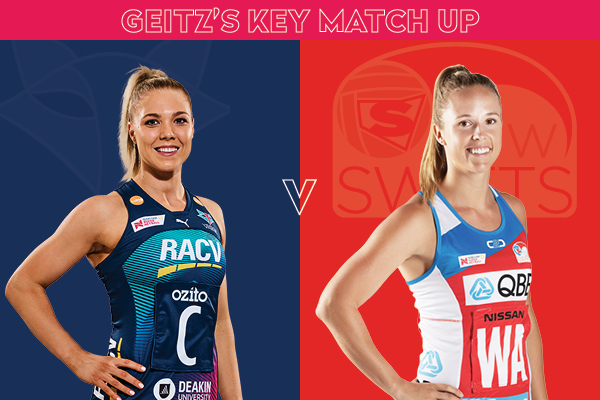 The Battle of the Birdcage will close out Round 5, as the win-less Firebirds travel to Adelaide to take on the Thunderbirds.

After coming out and winning in Round 1, the Thunderbirds have lost three straight and will be disappointed they haven’t been able to build on that early momentum.

Inconsistency has been what’s hurt the Firebirds the most, as they have looked great one quarter and lost the next. Injuries to key players like captain Gabi Simpson and shooters Tippah Dwan and Romelda Aiken, who has been ruled out of this match with a with a bone stress injury to her tibia, have not helped either.

One Firebird who’s bucked this trend has been Gretel Tippet, who is one goal away from 100-straight without a miss. Her battle with Layla Guscoth could be the deciding match-up of the game.

“Gretel has been on fire to start the season and she looks like she’s having a lot of fun out there. And, obviously, her shooting accuracy has improved out of sight.”

“Layla has been great alongside Shamera Sterling so it will be up to her to make it difficult for Gretel, who will have her hands full with no Romelda this week.” 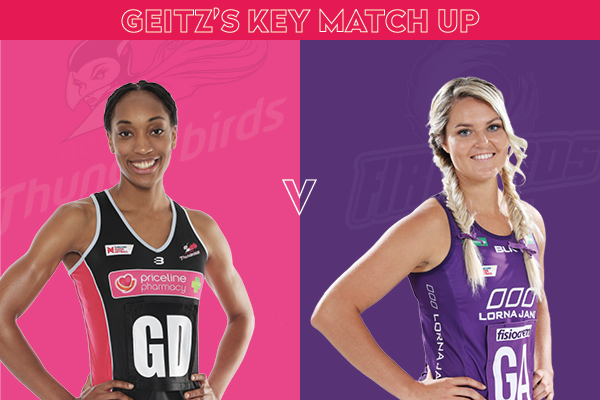 Round Preview Round 5 Laura Geitz Preview Head to Head