5 Rounds in and there’s still so many massive questions marks lingering throughout the Suncorp Super Netball league.

Most important of all is who’s the premiership favourite?

A week ago you could have made a strong case for five, maybe even six teams but, after the Vixens disappointing loss to an impressive Swifts outfit, the GIANTS going down to the seemingly unstoppable Lighting, the Fever getting win number one against a shaky Magpies team and the Thunderbirds strong performance against the Firebirds, things aren’t as clear.

Maybe we’ll have more answers after Round 6?

Let’s take a closer look at all four of the round’s games, with help from Laura Geitz.

An easy contender for game of the round here, as the Melbourne Vixens will be desperate to reclaim their spot on top of the ladder when they travel to Sippy Downs to take on the streaking Lightning.

Here’s a stat that highlights just how dominant the Sunshine Coast have been since their Round 1 loss to the Magpies – They have lost just five quarters in the last 16.

But they’ll come up against a Vixens team that has been rock solid in defence, despite having not won since Round 3. They have the second lowest goals against total, which stems from their hard working midcourt, which suffocates teams all game long.

And that’s where Geitz’s first key match-up of the round can be found as up-and-coming wing defence Maddy McCauliffe will look to slow down the always dominant Liz Watson.

“Maddy is coming off one of her best performances of her career against Kim Green on the weekend and really has that wing defence position under wraps.”

“I’m really interested to see how she goes coming up against Lizzy, who is obviously one of the best players in the world right now. Can this up and comer shut her down?” 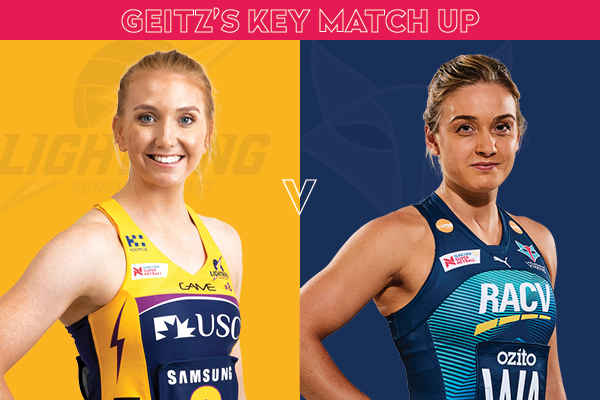 It’s make or break time for the injury ravaged Firebirds who’ll be searching for win number one when the West Coast Fever come to town on Saturday night.

Queensland come into this game with Mahalia Cassidy out for the season, Romelda Aiken with an injury cloud, back-up shooter Tippah Dwan still out and defender Kim Jenner still a question mark to make her return.

On the other hand, the Fever looked a completely different team against the Magpies, with captain Courtney Bruce back on court for the first time since Round 1. Could they be poised to make an assault on the top four before the World Cup break?

Geitz’s key match-up for this match is between two players on the cusp of taking the next step in their professional careers in Tara Hinchliffe and Kaylia Stanton.

“This is going to be a great match-up between two youngsters who are really being asked to step up for their teams this year and both are doing that really well.”

“Kaylia has been probably the in-form goal attack the last few weeks but it’s going to be a tough game for her against Tara, who has really upped her physicality this year.” 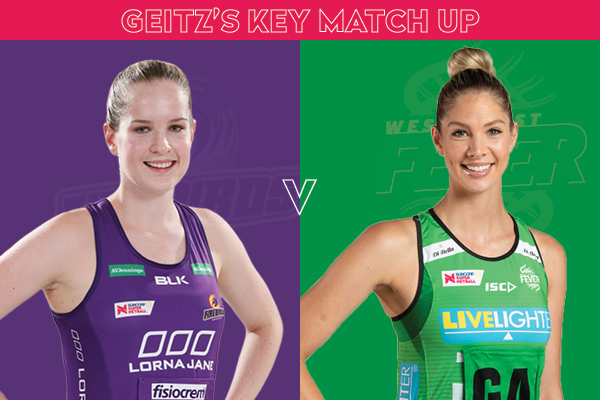 The top of the table Swifts will host a Magpies team who were stunned by the Fever last week in Bendigo on Sunday in what should be a cracker.

The Swifts have been awesome to start this season with their only stumble coming against the Lightning after a thrilling 2-goal loss in Round 4. The Swifts core of Sarah Klau, Paige Hadley, Helen Housby and Sam Wallace – all of whom received call-ups to their respective national teams for the Netball World Cup this week – have all been red hot.

But win number five wont come easy against a Magpies team who have a couple of national team caliber players among their ranks as well, including April Brandley who’s key match-up against Housby could decide the match.

“This is going to be a great battle between two really smart players and one that we can probably look forward to seeing again at the World Cup in July.”

“Housby can’t be stopped at the moment and her work with Sam Wallace and her midcourt is incredible. April will have to be on top of her game to get the best of this match-up.” 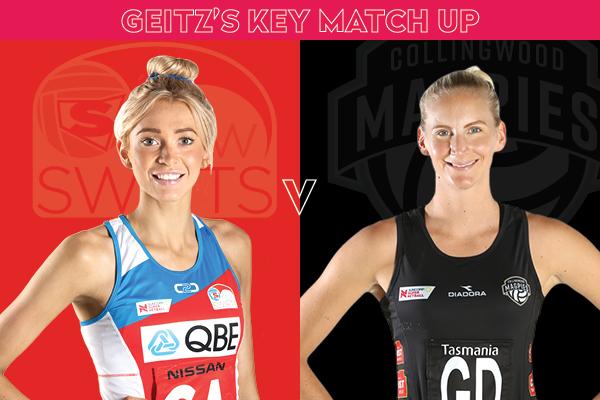 Round 6 closes with perhaps the most intriguing game of the round; the Thunderbirds and the GIANTS at Qudos Bank Arena.

The GIANTS were brave last week but just couldn’t keep up with the Lightning at USC Stadium. New recruit Caitlin Bassett has looked better and better every time she hits the court and the chemistry between her and her teammates will only get better with time.

But this week’s match-up, Geitz’s key one of the match, could prove to be her most challenging yet as she comes up against excitement machine Shamera Sterling, who has been beyond impressive so far this year for the Thunderbirds.

“This could be another glimpse into the future, if Jamaica and Australia happen to come up against each other in the World Cup, and it’s going to be a great one to watch.”

“CBass seems to be finding her groove and is working better with her new teammates. But Shamera is the form keeper in the league right now so this is going to be a massive test for Caitlin. They are two very different players so it should be fun to watch.” 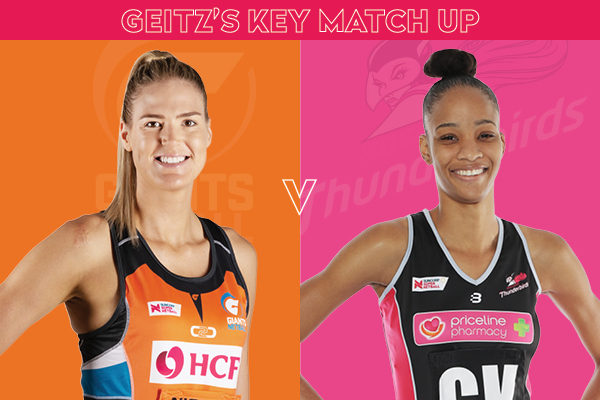