Round 9 is the final round before the Suncorp Netball breaks for the Netball World Cup in Liverpool.

All eight teams will be desperate to take some momentum into the break so that they are flying towards finals when the league returns on July 27.

And Round 9 throws up some really intriguing match-ups.

Let’s get stuck in, with the help of Firebirds and Diamonds legend Laura Geitz.

With two wins, three losses and an incredible three draws, the West Coast Fever’s season is hanging by a thread.

They’ll need a lot of things to go right to remain in the hunt for finals, including overcoming one of the most difficult tasks in netball – beating the Sunshine Coast Lightning in Sippy Downs.

And that’s a task as daunting as ever.

The Lightning have been dominant so far this season thanks to their stout defence – led by the unstoppable Karla Pretorius – relentless midcourt – driven by workhorse Laura Langman – and their high-octane offence.

And this is where Laura’s first key match-up of the week lies, with Ugandan shooter Peace Proscovia going up against Fever captain Courtney Bruce.

“Peace had an absolute cracker on one of the world’s best keepers in Mentor last week. She’s one of the best pure scorers in the game.”

“This is going to be a great opportunity for Courtney to stamp her authority on that Diamonds keeper role. If she can shut Peace down, she’ll go into the World Cup break full of confidence.” 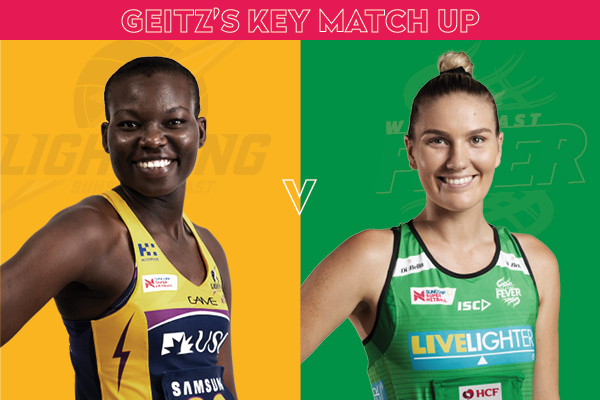 Probably the match of the round, the third place Vixens will travel to Sydney to take on a desperate GIANTS team. And this one has a lot riding on it as finals draw closer.

The Magpies, who take on the Firebirds to close out the round, are snapping at the heels of the forth place GIANTS, who have struggled with consistency in the first half of the season.

And there’s no better time to take on the Vixens than now, as their form has been patchy since bursting out of the gates and wracking up three wins to open the season.

GIANTS goal attack Jo Harten could be the difference in this one and her battle against Jo Weston is Geitzy’s key match-up of the game.

“She had her hands full early with Grets and Lenize, but Jo had a great game against the Firebirds and came up with those big plays just when the Vixens needed it.”

“Much like Courtney, Jo could really make the Diamonds goal defence position hers with a big game against one of the best players in the world in Jo Harten. We could see this match-up again in Liverpool.” 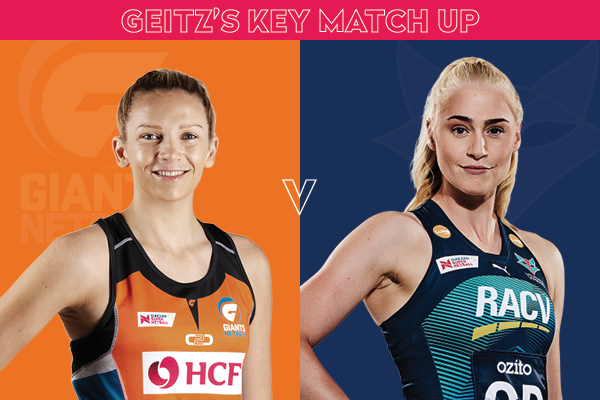 With just one loss so far this season and coming off an emotional Sydney derby victory in Round 8, the NSW Swifts are flying and are well deserved favourites to win it all in September.

But the Thunderbirds are no easy-beats and will be keen to send off their Netball World Cup players with a win in-front of a massive Adelaide Entertainment Centre crowd.

The Swifts really have been impressive so far this season. Their overall depth and complete performances have been a highlight and their ability to win with their back’s against the wall will have the Swifts faithful hyped.

Getting off to a good start and out working the Swifts midcourt will be key if the Thunderbirds want to go into the World Cup break with a win. And that all begins with Chelsea Pitman and her battle with Kate Eddy.

“It was so impressive how the Swifts were able to cover for Maddy Proud last week and I think that was made easier because of the experienced depth through that midcourt with players like Kate Eddy.”

“She is one of those quiet achievers who grinds down her opposition. She will have her hands full this week against Chelsea Pitman who is probably in career best form. If she can shut Chelsea down, that’s going to make it really tough for Adelaide.” 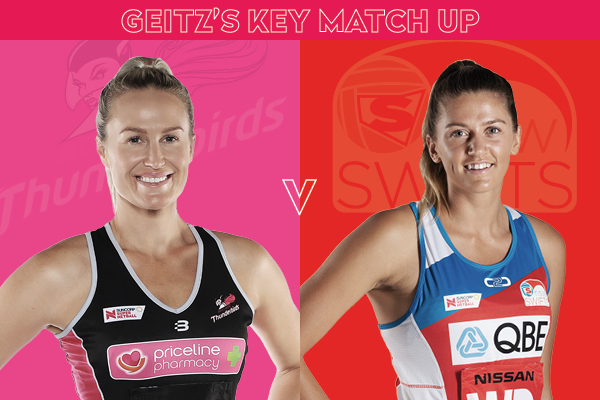 Round 9 closes with a clash between two teams filled with question marks in the fifth place Magpies and winless Firebirds.

With world-class players at every position, few teams can field a stronger starting seven than the Magpies but they just haven’t been able to find any consistency since winning the #TeamGirls Cup in March.

They’ll take on a Firebirds team that looks very different to the one that drew with these Magpies in Round 2.

South African goal scoring machine Lenize Potgieter has been brought in to replace the injured Romelda Aiken, and her big match-up against the always imposing Geva Mentor is the key one for the match.

“Lenize is unreal, she is such a hard working shooter and Geva hasn’t been in the best form in the last couple of weeks. I expect Geva to be really excited to go against Lenize and get the win.” 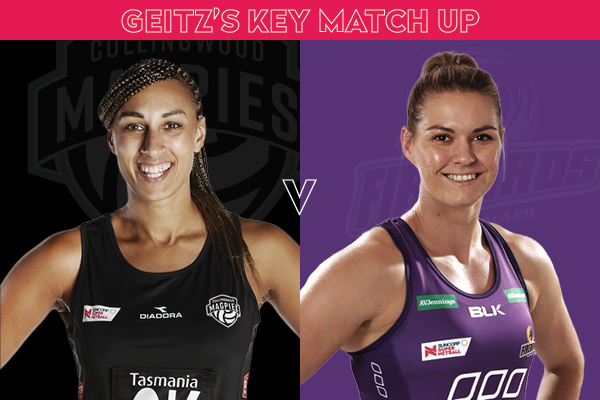 Two GIANT re-signings with Price and Hay to go again

Lightning Player Of The Year Pretorius Signs On For 5th Season