Adelaide Thunderbirds defender Shamera Sterling leads the league in four major statistical categories. But it's the challenge of being the intercept leader that excites her the most.

Of the four statistical categories headed by Adelaide Thunderbirds’ sensation Shamera Sterling ahead of the final round of Suncorp Super Netball, she is excited by just one.

Not deflections, in which she has 33 more than the next best. Certainly not defensive rebounds, which seem, well, a bit ho hum. Not even overall Nissan Net Points, in which the league newcomer is also rated No.1.

The number Sterling checks first after each game is interceptions. Her own, plus those of Sunshine Coast Lightning superstar Karla Pretorius, who trails by just three (63-57) after 13 games.

“I’m not getting too excited as yet, because I know how good Karla is, and I know she knows how good I am. So it’s both of us competing for that first place position of intercepts,’’ says the Jamaican goal keeper. 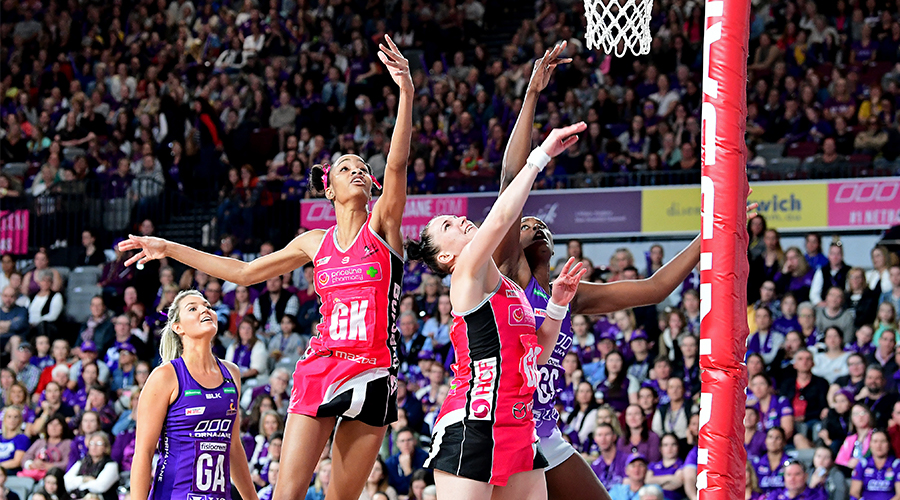 “After the game I’ll go and look at how much I am leading by, or is she ahead of me, but each time I will set myself a target of ‘hey, I need to get these intercepts just to stay on top, and hopefully Karla does not get as much as I do.’

“She’s such a great goal defender. I’ve never seen a goal defender have so many intercepts before. She’s a great player, I must say.’’

Both are phenomenal ball thieves, Pretorius using her stealth and anticipation to excel closer to ground level, and the leaping 185-centimetre Sterling doing her best work in the air.

As for what it would be like if the two intercept queens ever combined in the same goal circle, the spindly Sterling says shooters should be very afraid of the havoc such an “awesome defensive duo’’ could wreak.

Not that it’s likely, though, for the 23-year-old says it would hardly be fair. “Two good people can not be at the same team at once; you have to share your talents somewhere else,’’ she laughs.

Indeed, part of the reason Sterling says she chose the struggling Thunderbirds was because she favoured playing for a club that needed her help. Adelaide, who went 748 days and 27 games without a win before this season’s opening round upset of the Fever, was certainly that.

The first player signed for 2019 by new coach Tania Obst, Sterling was originally an attacker, but one transformed into a defender by local legend Oberon Pitterson after being chosen for the Jamaican 21/U side.

“She said ‘no, you have got the ability to be a very great defender and then she showed me how to read the game coming down the court and how to get off the body taking intercepts,’’ recalls Sterling, who cites Silver Ferns great Casey Kopua as another example and inspiration. 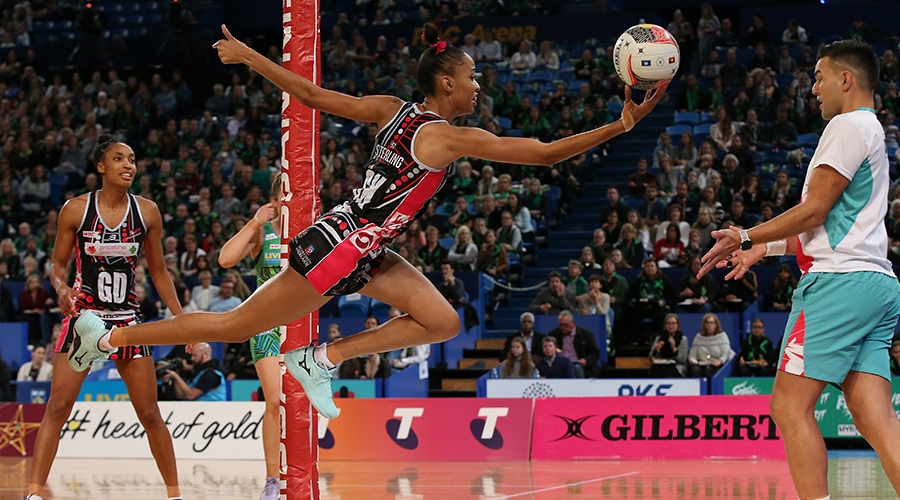 The athletic gifts she was born with are headed by the outstanding elevation that enabled her to clear a 1.69m high jump bar back at the University of the West Indies with barely any training. Building body strength has been a priority, and she is far more robust than in her pre-SSN days “when I’d just be falling over every minute once I’d get hit by a shooter, but that doesn’t happen any more’’.

While Sterling’s first T-birds training session was such a nasty shock that she wondered how she would manage to go on, the next-level competitiveness on game day, too, was daunting at first.

Indeed, the standard was so high compared with her 2018 UK stint playing for Loughborough Lightning - in which she was named league MVP and completed almost twice as many interceptions, 101, as her closest rival  - that it feels to Sterling like she is playing an international each week.

A downside is the homesickness, and the local food, and having tired of the BBQ Bacon Lovers Burgers at her once-favoured McDonalds, Sterling’s off-season in Kingston will include longed-for home-cooked meals as well as her primary education studies, inter-collegiate games, and gym sessions with the Sunshine Girls.

On the court, she gives herself an eight out of 10 for season one, and is “extremely proud” of her efforts with the much-improved Thunderbirds, but knows there is still much more she can do. Consistency-wise, partly, and adapting to new and different combinations.

Pretorius will probably pip her for interceptions over the full season, given that the South African will have the benefit of playing at least one final, but Sterling is keenly anticipating going head-to-head in the final home-and-away round.

“I know she’ll be watching me and I’ll be watching her,’’ she says.“The team just need to know that hey, once you see Karla drop off the body, you just know she’s gonna pick up something, so be aware.’’