The most lethal shooter in Suncorp Super Netball is not who you think.

After years of Jamaican dominance in the goal circle, a new sharpshooter has arrived in the form of Queensland Firebird Gretel Tippett whose accuracy has soared over the past three years.

West Coast Fever star Jhaniele Fowler remains the most prolific scorer in terms of volume but not even the Jamaican captain (95 per cent) can match Tippet’s 98 per cent radar this season.

Her outstanding hauls for the battling Firebirds differ wildly from her early years at the club when the former basketballer was busy but could do little better than score in the mid-70 per cent range.

She would occasionally be derided on social media for her unorthodox methods and look to pass more often to circle partner Romelda Aiken.

Now, armed with a fearless approach, Tippett plays like she has nothing to lose.

“I used to be scared to make a mistake out there and let my team down,” Tippett said.

“Then I starting thinking, ‘What the heck. I love this sport I’m just going to go for it’.

“It’s a change of mindset as much as anything.”

The 25-year-old has now amassed 99 goals without a miss, starting in the second quarter of Round 2 against Collingwood. She followed that up with perfect shooting hauls against Sunshine Coast Lightning and the Giants.

Such dramatic improvement is not down to psychology alone. Tippett works on a daily basis with Firebirds attack coach Jenny Brazel.

When in Australian Diamonds camp, the young Queenslander tinkers on her game with Megan Anderson who played 15 games for the national team and enjoyed a long domestic career in Australia and New Zealand before she moved into coaching.

“I love working with Megan Anderson,” Tippett said. “She gives me the licence to play my style and gives me pointers to add to my game.”

After four rounds the Firebirds have yet to register a win and need to string together a long unbeaten sequence to be any more than bit players in the title race.

They face the Thunderbirds in Adelaide on Sunday, with the loser likely to slide from finals contention. 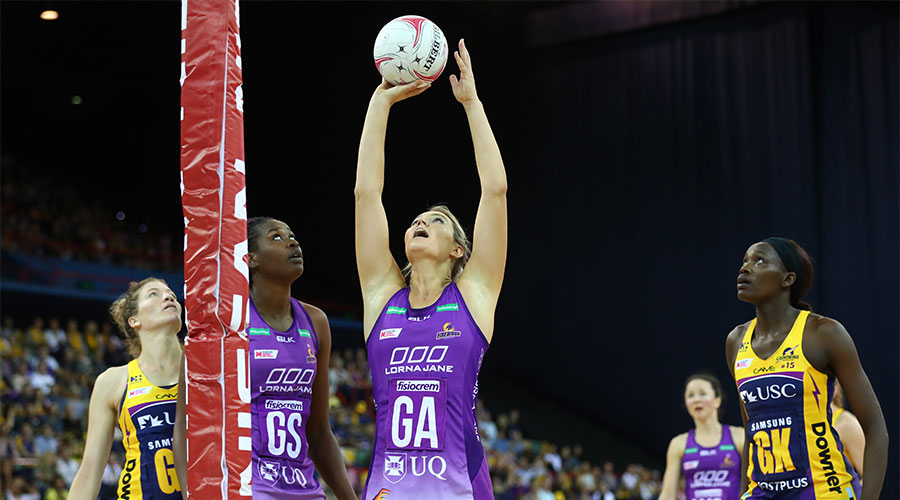 That’s not the fault of Tippett, whose incredible work ethic – she sits fourth in the competition for centre pass receives – gives hope to the Queenslanders.

“It’s been a tough start to the season but I’ve been trying to keep my workrate up high,” she said.

“It’s not through lack of trying. We’ve got a young team and replaced Geitzy with a young Queensland combination.

“It’s going to take time and we have to be patient.”

Round 14 2021 Preview: Minor premiership up for grabs