The midway point is the perfect time to look back at the season so far and highlight some potentially record breaking performances we can get excited for during the run in towards final.

Whether you think everything can be explained by stats or you believe numbers mean nothing if you don’t pass the eyeball-check, there’s no denying that tracking stat records is exciting.

We’re halfway through the sixth season of the Suncorp Super Netball league, so we thought now is the perfect time to check in on how some of our best (and worst) performers are tracking against the best we’ve ever seen in this league.

Bear in mind, all these stats are regular season only.

While Maddy Proud and her shooters will have to go wild in the second half of the season if she wants to come anywhere near Liz Watson’s 2018 goal assists record (176 vs 426), the Swifts co-captain may finish within reach of Watson’s regular season feeds record.

Proud has 296 through seven rounds for an average of 42.3 feeds per game. If she can raise that by just 1.2 per game, she could just get the prolific feeders’ record of 610 in a season. 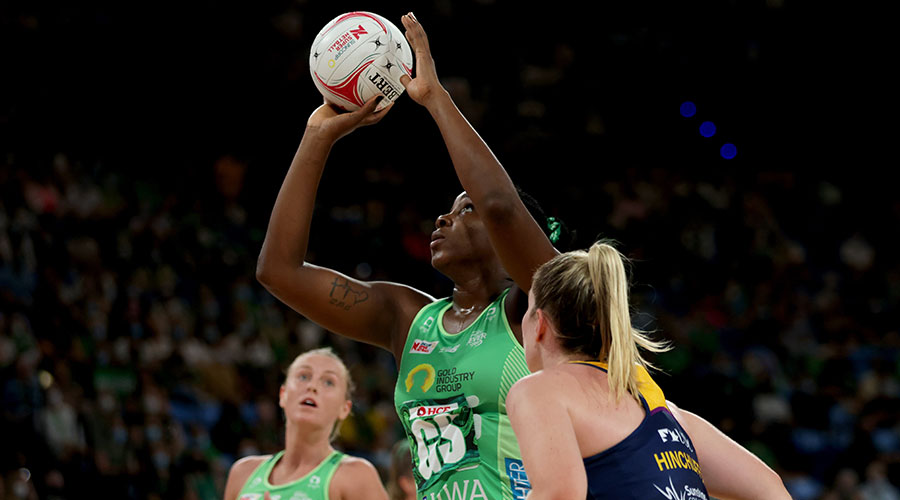 Let’s go inside the circle with our annual “can Jhaniele Fowler beat her own scoring title again?” watch. And she’s going to give it a good shake.

The dominant Jamaican already holds the record for goals scored and total points scored, set during her massive 2020 season where she scored 795 goals for a total of 808 points (782 1-point goals, 13 Super Shots).

Now let’s take a look at the Super Shot zone, where Helen Housby is just off the pace of her fellow English Roses squad member Jo Harten’s 2020 record of 78 2-pointers hit. Housby leads the league with 37 through seven rounds so it will take something extra from the Swifts sharpshooter to take home that title.

The last attacking record chase we’re going to shine a light on is the centre pass receives, where Gretel Bueta is trying her hardest to chase down the enormous mark set by Laura Scherian in 2019.

Scherian had an unbelievable 375 regular season CPRs for the Lightning in 2019, but Bueta isn’t miles off that pace after nabbing 173 in the opening half of the year. Her averages tell us that she’s tracking for 346, so there’s work to be done. Does Grets have another couple per game in her? 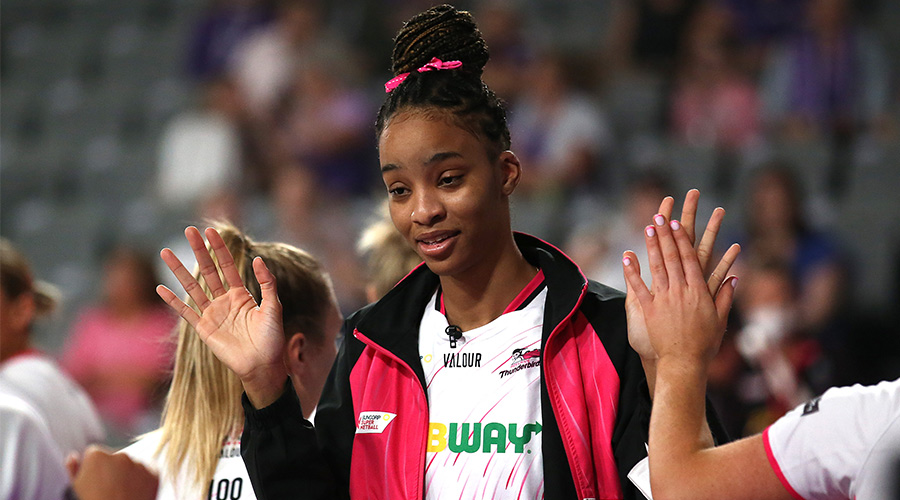 Unlike the attack end, there isn’t much to get up and about for in defence.

Why? Because of Shamera Sterling’s 2019 season.

In her first season in the competition, Sterling set gain, intercept and deflection records that may never be beaten again.

To give you an idea of how immense those numbers are, Sterling leads the league in gains and intercepts again this year but is on track for 110 gains and 56 intercepts. Awesome numbers, but a bit off her record pace. And Courtney Bruce will need to raise her league leading six deflections per game to 8.6 if she wants to set a new benchmark there.

Not confident in any new individual defensive records being set this year, but I could think of a million worse things to watch than Shamera Sterling grabbing 40 intercepts in seven games. 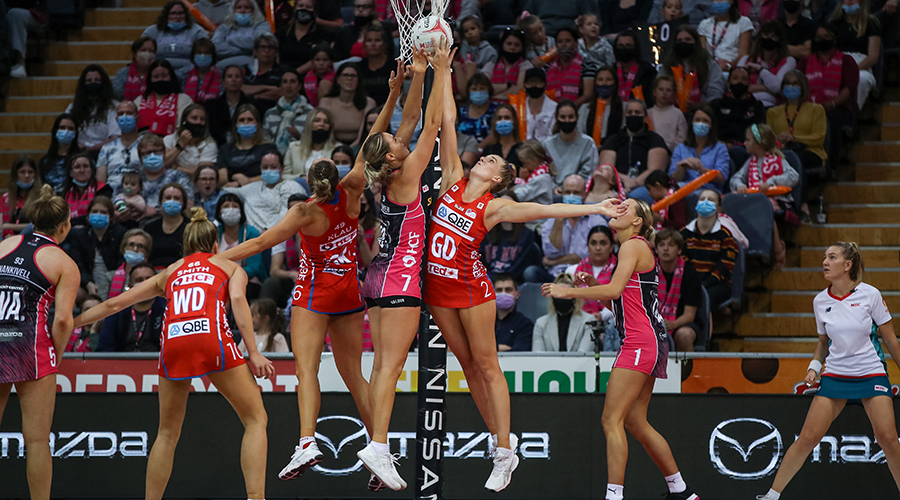 Now the team records are where things get really interesting, and really informative!

That will be a fun one to watch as the Fever continue to push for their first premiership.

Another one to keep an eye on will be the Thunderbirds pursuit of the team gains and intercept totals set by the 2017 and 2019 Lightning squads.

While they are just off the game average for intercepts that the 2019 Lightning set (8.6 vs 9),  they are in the box seat to pass the 2017 Lightning side for team gains after totalling 114 in the opening half, chasing a record of 224.

Unsurprisingly, they are also on track to set a new record for goals/points against in a season after allowing just 363 in the first seven rounds. The Vixens allowed just 769 points in 2020 on their way to their first SSN premiership.

What is shocking, is that they could also beat the pre-Super Shot record for least goals/points allowed in a season of 726, set by the 2017 Lightning. That's a huge deal!

The Yin to the Thunderbirds Yang is that they are also charging headlong towards the lowest scoring season in the Super Shot era (Vixens 2021 – 718) and the lowest since they managed just 673 goals in 2018. While their predicted 706 points for will go nowhere near the record they set of 648 in 2017, it would be the fifth time Adelaide have scored the least goals/points in a season.

The final two we’re going to look at is the most and least total turnovers committed in a single season.

How do they only have two wins? We might have the answer below…

When the NSW Swifts committed just 294 total turnovers 2019, they took that amazing ball security and possession efficiency all the way to a Grand Final win.

And the Fever are on track to beat that record after turning the ball over just 146 times so far this year. Will it be the same finish?

And, while the Thunderbirds are the league leaders in turnovers committed, their 212 through seven rounds is nowhere near their record breaking 494 in 2018.

Not a record, but it really shows you how important turnovers are in a sport where possession rotates after every goal.