The emotional tug of farewelling coach Noeline Taurua won’t be a distraction for the Sunshine Coast Lightning as they chase a third successive Suncorp Super Netball title.

On Saturday the minor premiers Lightning will host the NSW Swifts in the major semi-final at the University of the Sunshine Coast, with the winner to proceed straight to the Grand Final.

That means much loved and respected mentor Taurua could have as few as two more games at the helm after announcing her decision to return to New Zealand at the end of the season.

Her departure after a wildly successful stint at the expansion club will make the players even more determined to repeat their premiership success.

The ever humble Taurua will ensure energy is spent on the right priorities and none of the wasteful ones through the finals series.

“We don’t get distracted. We know what it’s like at the business end,” she said.

“We don’t want to get caught up in the emotion of it all. I feel we’re masters of that to some degree.” 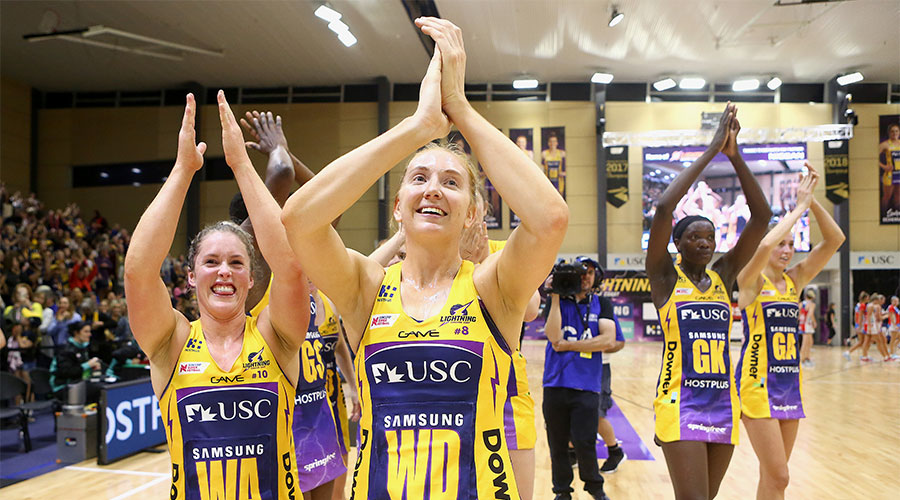 Experience is the key. The Lightning have seven players backing up from either their 2017 or 2018 titles.

“Peace and Phumzi have been on the international scene a while so they know how to play in big games. We’re lucky we have finals experience,” captain Laura Langman said.

“We need to draw on that and squeeze as much as we can out of our court sessions this week.”

A potential distraction is the uncertainty over the future of Langman who is out of contract at the end of the season.

If she decides to leave, even more heartstrings will be yanked.

The 33-year-old is another humble and focused soul who would never allow her personal situation to occupy the minds of teammates.

Earlier in the season she held off on interviews ahead of her 200-game milestone because she did not want to the spotlight to be on her.

Langman wants the team to treat Saturday’s grand final qualifier as do or die.

“Essentially we’re playing for our life now. Even though you have that opportunity to have a second life, you don’t take it for granted,” the centre said.