The NSW Swifts have made a major statement and a number of their stars staked their claim for a Diamonds call-up after handing the Melbourne Vixens their first loss of the season.

The Swifts swamped the Vixens defensively from the outset, winning every quarter and all four bonus points in a dominant display that sees them move to the top of the Super Netball ladder after five rounds.

Swifts stars Sarah Klau and Nissan MVP Paige Hadley left little out there as they made their final case for inclusion in the Diamonds’ World Cup team, with Klau’s five defensive gains equalling the Vixens’ entire defence end combined, while Hadley was a rock through the middle again. 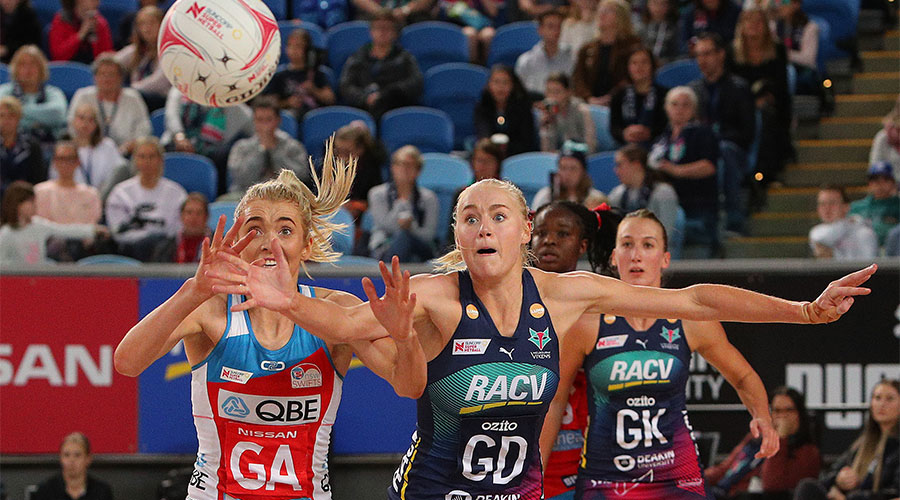 Meanwhile, at the other end Emily Mannix and Jo Weston had few answers for the Sam Wallace/Helen Housby combination, with Wallace potting 45 goals from 47 attempts and finding easy space throughout.

The Swifts were all over the Vixens defensively throughout, stifling their normally clinical attacking play. In the first quarter wing defence Kate Eddy restricted Vixens wing attack Liz Watson’s influence and the Swifts made them pay at the other end with flawless 16-from-16 shooting to open up a three-goal lead.

The defensive dominance continued into the second quarter, with the Vixens scoring just one goal in the first three and a half minutes and watching the deficit grow to seven, prompting coach Simone McKinnis to pull a major surprise and switch Caitlin Thwaites to goal attack and Tegan Philip back to goal shooter.

The move paid dividends immediately, with the Vixens drilling six goals in a row to narrow the gap to a single goal. 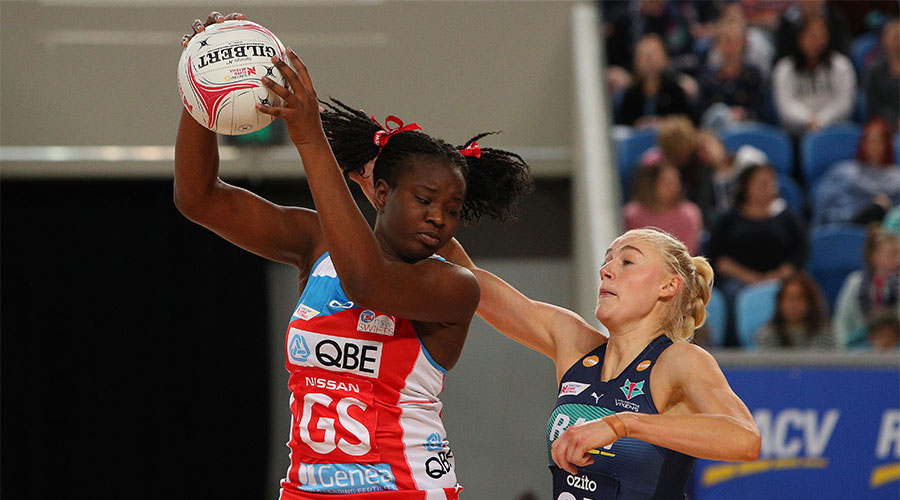 But the home side couldn’t make their patch of dominance stick.

When Caitlin Thwaites missed a goal inside the last three minutes the Swifts’ lead was back out to seven, and then eight. Philip had shot only two goals for the quarter and as the Vixens continued to battle for passages to goal, they again changed things up, giving South African Ine-Marie Venter her Suncorp Super Netball debut and pulling Philip to the bench.

The Vixens weren’t prepared to lie down, restoring their original goaling line-up and scoring four of the first five goals of the final term to drag the margin back to five goals. But when Philip stepped out of court while attempting to pass on the move, the Swifts steadied and were able to push their advantage back out to eight.

The battle for the last bonus point came down to the last minute, but another Vixens turnover saw the Swifts grab the last two goals of the game to win the final quarter and wrap up a memorable win.