The NSW Swifts have confirmed that Elle Bennetts, Olivia Coleman, Tayla Fraser, Sophie Halpin and Kelly Singleton will serve as the team's training partners for the 2020 season.

The five chosen athletes will provide support to the main rostered squad and have key involvement in the day-to-day training of the reigning Premiers. They can also be named as replacement players if necessary.

Returning to the Swifts camp in 2020 are NSW juniors, and Super Netball winners, Sophie Halpin and Tayla Fraser, while fellow NSW juniors Kelly Singleton and Olivia Coleman are also selected.

Victorian-born dual netball and AFLW representative Elle Bennetts, who made her Super Netball debut for the Swifts in last year’s second derby win over the Giants, is included too.

As well as training daily with the senior team, the training partners will also play for the Swifts’ feeder team in the Deakin University Australian Netball League.

“On our way to winning the title we had a lot of injury problems but we had players like Sophie Halpin, Tayla Fraser and Elle Bennetts who were able to come in and do brilliantly for us,” she said. 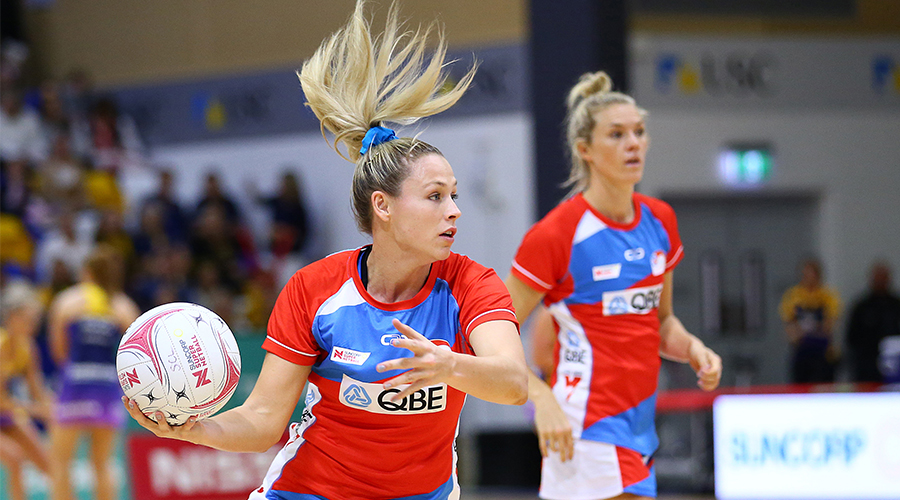 “Elle was key in our win over the Giants in Round 8 and both Sophie and Tayla played in our Grand Final win in Brisbane which was a fitting reward for their efforts throughout 2019.

“All of them also helped take our feeder team all the way to the Australian Netball League (ANL) decider, where they just lost out to Victoria by a goal.

“For Olivia and Kelly it is also a wonderful opportunity to continue their netball journey. Like the other training partners they have represented NSW with pride at either ANL or State Team level and shown that they have the potential to make that next step to elite club netball.”

Akle said it was an exciting time for pathways in the NSW Swifts environment.

“This club, along with Netball NSW, has a great track record of promoting up and coming talent in Australian netball,” she said.

“It is brilliant that our talent can learn from our leaders, Australian Diamonds and the likes of Sam Wallace, Nat Haythornthwaite, Helen Housby, Kayla Cullen and Katrina Rore when she was here.

“Three members of our ANL silver-medal side where named in the Australian Youth World Cup squad, and four of that side played in the Swifts’ Super Netball Premiership campaign. I think it is a credit to the coaches in our Swifts pathways as the emergence of those players is no accident."

The NSW Swifts begin their title defence with a Grand Final rematch against the Sunshine Coast Lightning at the revamped Ken Rosewall Arena in Sydney Olympic Park on Sunday 3 May.