The NSW Swifts have proven why they are the premiership favourites, knocking off GIANTS Netball 59 to 55 in a classic Sydney derby at Qudos Bank Arena to close out Indigenous Round.

It was a thrilling match from start to finish, with the Swifts coming from four goals down in the final quarter to stun a GIANTS team that led for much of the contest.

The tone of the game was set immediately when midcourter Jamie-Lee Price met Sophie Halpin, who was starting in place for injured Swifts captain Maddy Proud, solidly, causing the first of nine first half turnovers for the Swifts. 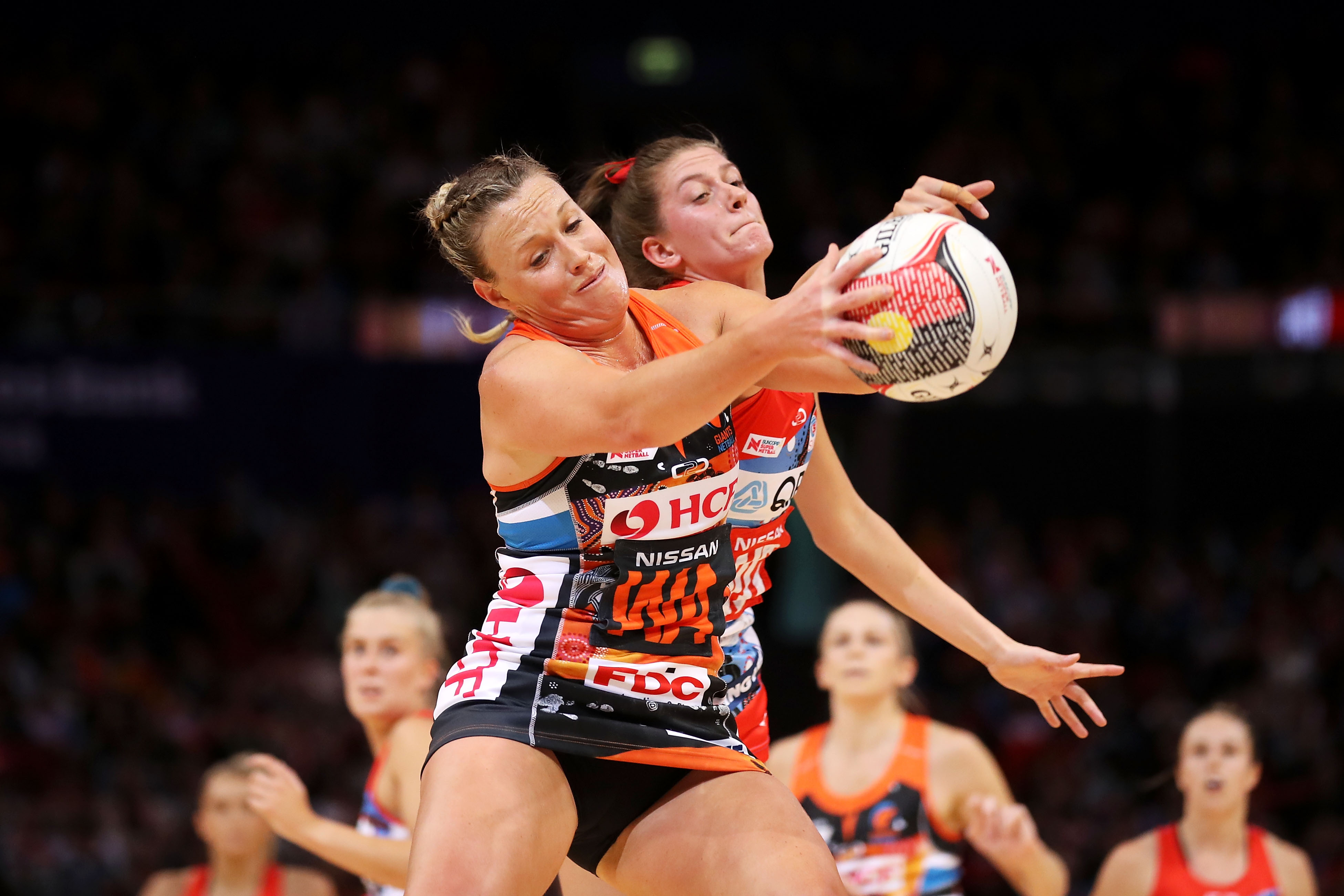 From then the game went goal for goal, with both teams pushing the tempo and playing some incredibly entertaining netball. It was almost a shame when the siren ended this fast, fierce and exciting first quarter.

With the scores level to start the second term, the GIANTS shooting combination of Caitlin Bassett and Jo Harten really started to assert themselves on the game. Harten’s clever movement around the circle and Bassett’s size were giving the Swifts defence fits as they broke out to a four-goal lead midway through the second.

The Swifts looked uncharacteristically sloppy in transition, lacking that drive and scintillating speed through the middle that has been a hallmark of their game so far this season.

The GIANTS held a handy three-goal lead to start the second half and they got to work extending that lead immediately. 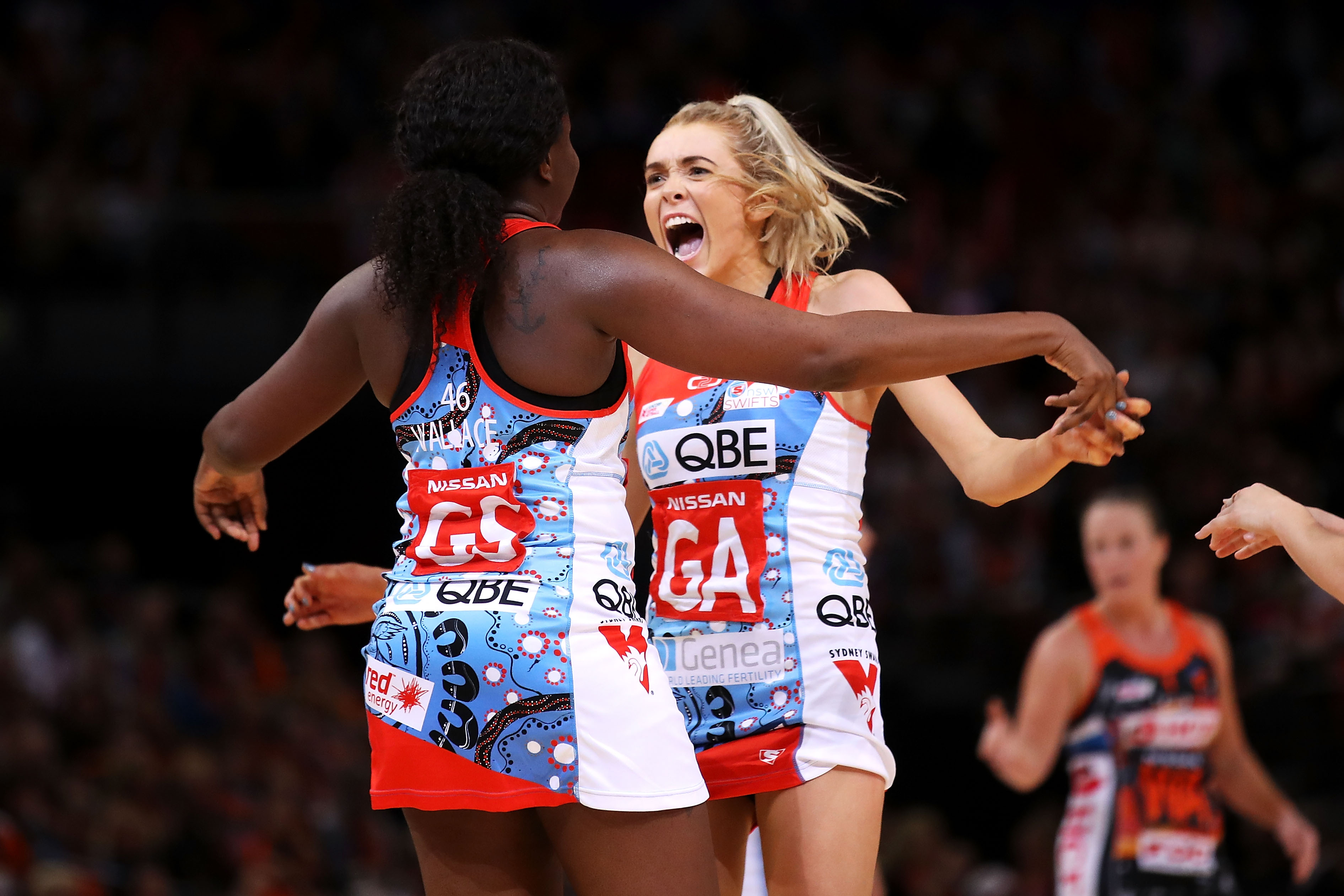 But they dug in and continued to work, outscoring the cross-town rivals 15-goals to 13 in the third and bringing the Swifts to within just one going into the final quarter.

It was an intense final 15-minutes and the near capacity crowd at Qudos Bank Arena were loving it, cheering hard as their netball heroes put on a show.

The GIANTS were pressing hard and threatened to streak home, jumping out to a four-goal lead early, but the Swifts fought their way back into the contest, taking the lead with just three-minutes remaining.

When Swifts goal defence Maddy Turner picked off a pass intended for Bassett, New South Wales put their foot down and broke the hearts of the GIANTS faithful, pulling away late and securing a massive four goal win. 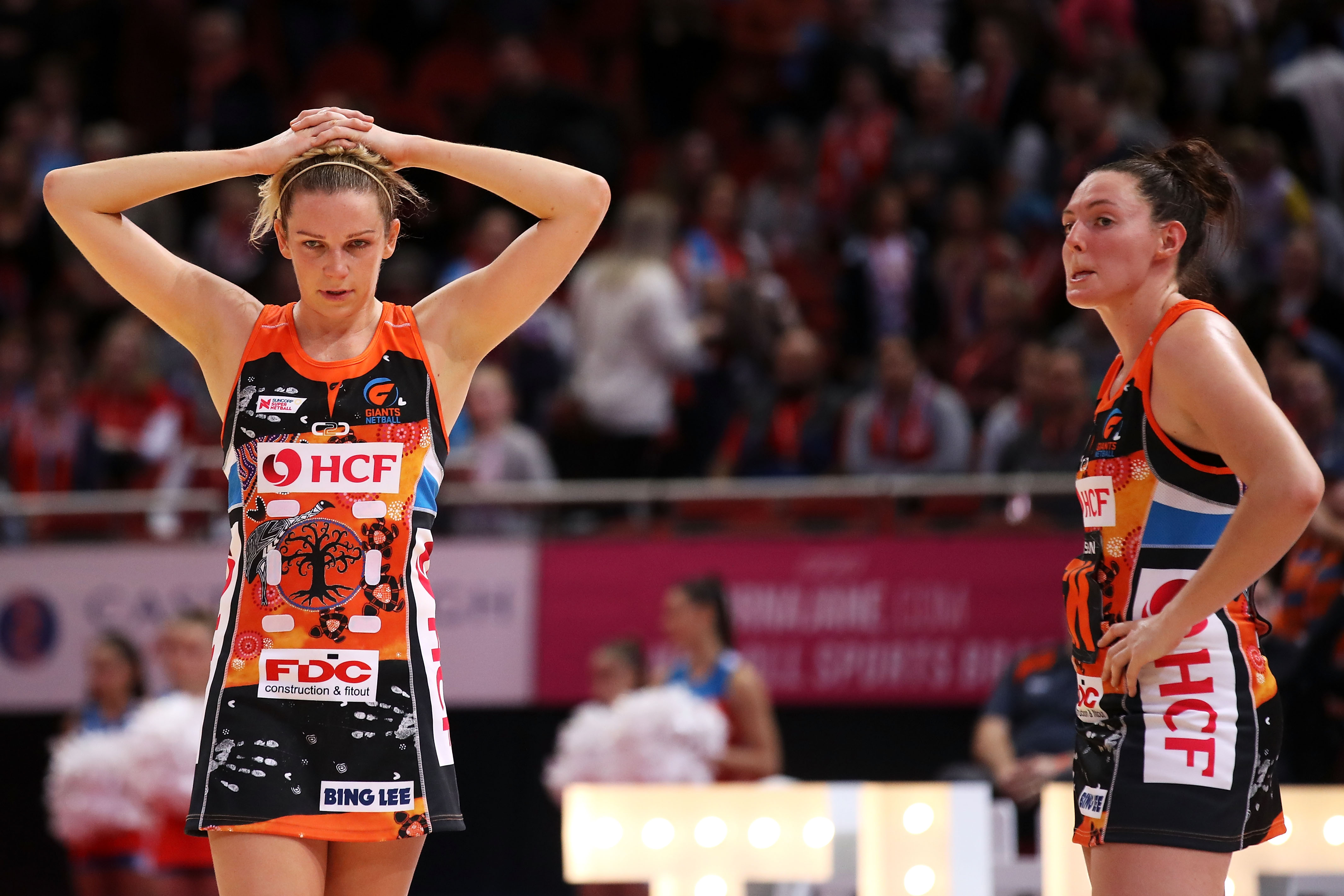 The GIANTS will be searching for their first win in three weeks when they take on the Vixens at home next Saturday night.

While the Swifts will travel to Adelaide looking to take an eight and one record into the Netball World Cup break.