NSW Swifts survive one-goal scare in Round 14 against the Queensland Firebirds.

The NSW Swifts’ minor premiership hopes are still alive - for now - after surviving an almighty scare in a one-goal thriller against wooden spooners the Queensland Firebirds.

The Swifts claimed top spot on the Suncorp Super Netball ladder with a 64-63 win that included two bonus points, which puts them four points clear of the Sunshine Coast Lightning, who are set to play the Adelaide Thunderbirds on Saturday evening.

The Lightning need only to beat the Thunderbirds to reclaim first position and grab home court advantage for the finals series.

But the finals-bound Swifts almost kicked themselves out of the race, squandering a four-goal quarter-time lead and winding up in a dogfight with a determined Firebirds outfit that was only decided in the dying seconds.

The Swifts, having copped a big loss against the Magpies last weekend, were pushed every step of the way in an at times ill-disciplined performance from the flag fancies that would have coach Briony Akle concerned on the eve of finals. 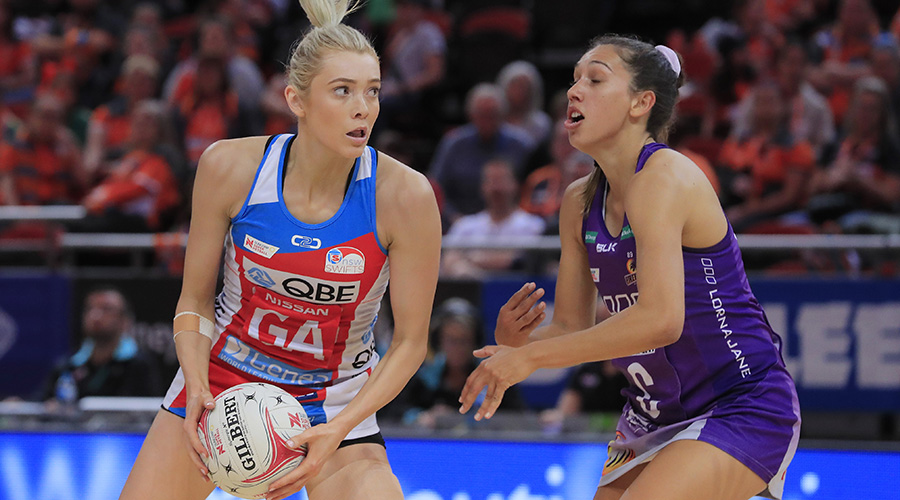 As the Firebirds farewelled veterans Caitlyn Nevins and Laura Clemesha, it was the Swifts who started stronger after swinging a surprise with a re-jigged starting defensive line-up. Silver Fern Katrina Rore, who has been starring at wing defence, was shifted back to goal keeper, Sarah Klau was moved out to goal defence in a bid to quell Gretel Tippett, while Maddy Turner shifted to wing defence.

It was a tight tussle for most of the quarter until a pair of back-to-back Firebirds errors saw the Swifts push out to an 18-14 advantage.

But it was a fired-up Firebirds outfit that returned to the court in the second quarter, with the four-goal margin erased before five minutes had elapsed. The Swifts, having switched their defensive line around at quarter-time, quickly returned to their starting positions but struggled to get things back on their terms as the confident Firebirds hit the front.

A frustrated Klau earned the umpire’s wrath and a pair of cautions as things continued to go the Firebirds’ way, with the Swifts penalised a whopping 40 times in the first half and the Firebirds pouring in 19 goals for the quarter to take a 33-30 lead at the long break.

Helen Housby, in her return from a three-week injury break, was rested in the third quarter, with Sophie Garbin entering the fray, and the Firebirds capitalised on the new combinations, scoring the first three goals of the quarter to extend their lead to six. 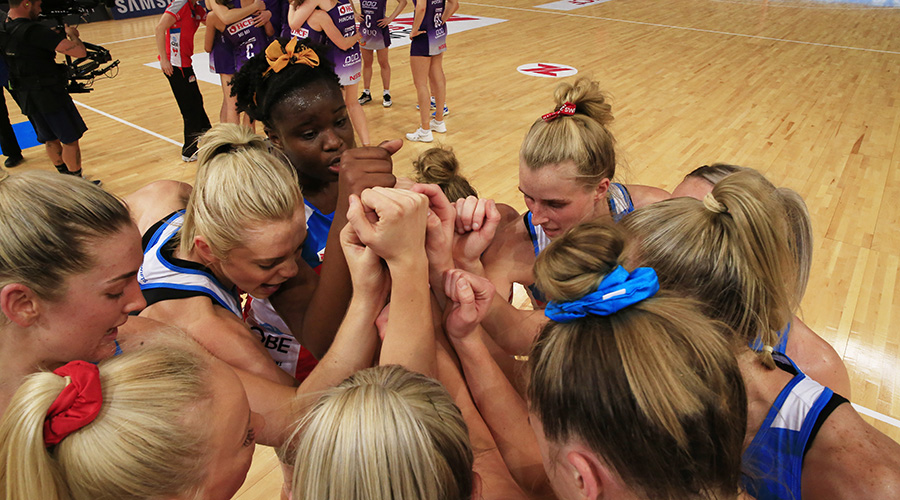 Klau began to exert some influence midway through the quarter, with a deflection and a rebound allowing the Swifts to level the scores, and the Swifts edged clear again late in the quarter to take a 49-48 lead into the last stanza.

The Firebirds took the lead again early in the fourth, prompting Akle to turn back to Housby with nine minutes remaining.

Barely a goal separated the teams for the majority of the quarter. A replayed Caitlyn Nevins ball with the scores tied at 61-61 and less than four minutes remaining gave the Swifts the opening they'd been waiting for, putting them in front again and with the centre pass to come.

But a Gretel Tippett intercept put the Firebirds ahead once more, before one last turnover allowed Sam Wallace to level the scores, and Housby to send through the winning goal as the Swifts then played the ball around to eat up the remaining time on the clock.