The 2020 Grand Final will be played by two teams that win in very different ways. We take a deep dive into some of the tactics we can expect to see from the Melbourne Vixens and West Coast Fever.

We’ve spoken about this many times over the last four seasons; as soon as Jhaniele Fowler steps on to the court against you, you’re in damage control.

Considering she’s averaged more points per game than the Thunderbirds, Magpies and Lightning did this season (58) and scored 50 points or more in every game but one this season, you almost have to account for the fact that she will probably drop 50 on you.

So, let’s focus on the one time she scored less than 50 this season: Round 5 against the Melbourne Vixens.

The Vixens double teamed Fowler all game, holding her to 49 points, leaving Alice Teague-Neeld to essentially run free. Simone McKinnis and the Melbourne defenders essentially said “If you’re going to beat us, Teague-Neeld is going to have to score 20.”

She scored two points, and the Vixens won by 11.

That’s so much harder to do than it sounds and Teague-Neeld’s play has been much improved since then, both in her shooting accuracy and her movement around the circle, but the tactic worked once for the Vixens so why not try it again? 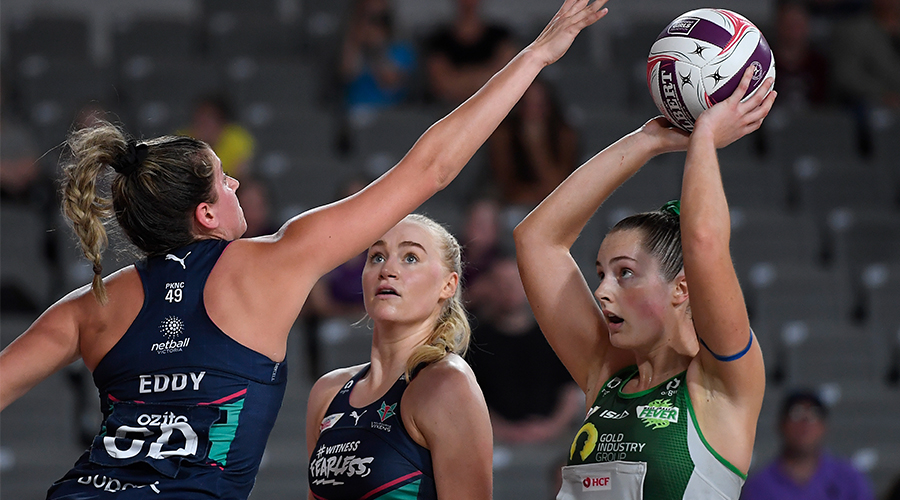 Another way I expect the Vixens to try and slow down this potent Fever attack end is to cut off the supply.

The Fever are going to want to play fast frenetic netball that doesn’t allow the Vixens defenders to setup those double teams on Fowler.

Melbourne needs to keep their structure and allow their big midcourters like Kate Eddy and Allie Smith to slow down the West Coast ball movement and force them to methodically move the ball up court.

It’s not going to be easy, seeing as they are going to be taking on the worlds best scoring who’s being fed the ball by the number two and three highest assist getters in the competition in Verity Charles and Teague-Neeld, but it’s the best way to beat the Fever.

While much has been said about the Fever’s historically good attack end, don’t sleep on this team defensively.

No team caused more turnovers from interceptions and gains than the West Coast Fever in 2020 and only the Vixens and Thunderbirds allowed less points in the second half of the season than the Fever’s 432.

With a pair of brilliant circle-edge feeders in Liz Watson and Kate Moloney passing the ball to three of the most reliable shooters in the league, the Fever are going to have to get their turnovers up high and keep the Vixens off the circle edge.

And no player likes to come out of the defensive circle for a big intercept more than Fever captain Courtney Bruce, who has been incredible since returning from a back injury that slowed her down in the early stages of the season.

If Bruce and her fellow defenders Stacey Francis, Sunday Aryang and Jess Anstiss can keep the turnovers coming and get the ball back into that potent attack’s hands, this one could get away from the Vixens quickly.

One of the biggest oddities of the 2020 season must be the fact that the West Coast Fever have scored almost 200 points more than any other team yet scored the least amount of Suncorp Super Shots.

Conversely, the Vixens probably use it better than anyone, hitting a league best 58.5% of their 147 attempted two-pointers.

With that in mind, how do we see the Super Shot effecting this Sunday’s Grand Final?

In the end, the two-point shot just doesn’t suit the Fever’s personnel or game plan and, particularly in the second half of the season, really hasn’t been needed.

While Teague-Neeld has definitely improved her shooting this season, her greatest strength is her ability to find a way to get the ball in the hands of Jhaniele Fowler. And when the Fever are flying and Fowler is having a field day under the post, they are typically 10 points up and don’t need to go for those risky Super Shots.

So, what happens if they aren’t flying and it’s the Vixens, who are very good at hitting the long bombs when they need to, who jump out to a big lead? Will the Fever shooters be able to stick with the sharp shooting minor premiers during the Rebel Power Five? 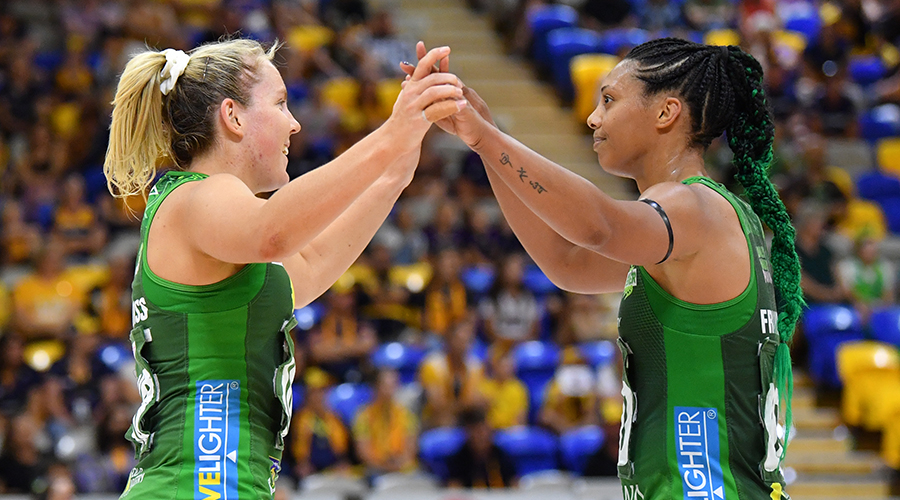 The inclusion of rolling substitutions this season has allowed teams to be more flexible with their setups and to make strategic changes on the fly.

And these two teams are really good at using them.

Don’t be surprised to see moves like Sunday Aryang being inserted into that Fever defence and Stacey Francis, Jess Anstiss and Verity Charles all move up the court.

Or Tegan Philip switching with Caitlin Thwaites should the Fever defenders opt to play deep or for the long-range specialist to play a massive role in the final five minutes of every quarter.

And Allie Smith has been a revelation for the Vixens with Eddy struggling with injuries. What if she’s injected into the game to add some instant grunt to that Melbourne midcourt?