Oh, to be in the back row of Section 13A at the Brisbane Entertainment Centre about 3.30pm on Sunday.

There, you would have been privy to the observations of four masterminds with a combined elite netball experience spanning more than a century.

No doubt they were there to savour the experience of the Suncorp Super Netball grand final. Top of their agenda, however, would have been adding the finishing touches to the Diamonds team for the Constellation Cup series against the world champion New Zealand Silver Ferns, starting on October 13.

A peek at their notebooks would have revealed a gap in the side left by the unavailability of April Brandley, who is on maternity leave awaiting the birth of her first child.

That opening may have been snapped shut by NSW Swifts goal defence Maddy Turner, who has rocketed into consideration for the four-Test series.

Melbourne Vixen Jo Weston had a strong finish to the season and would be under no threat of losing her incumbency.

Turner could do no more in her audition to replace Brandley after a sparkling fortnight for the Swifts.

The premiership winner’s performance in the preliminary final when she worried the Vixens out of six possession gains, two intercepts and five deflections was compelling evidence.

A week later in the grand final she was even better. Turner lined up on Sunshine Coast and Diamonds goal attack Steph Wood and herded her out of the game. 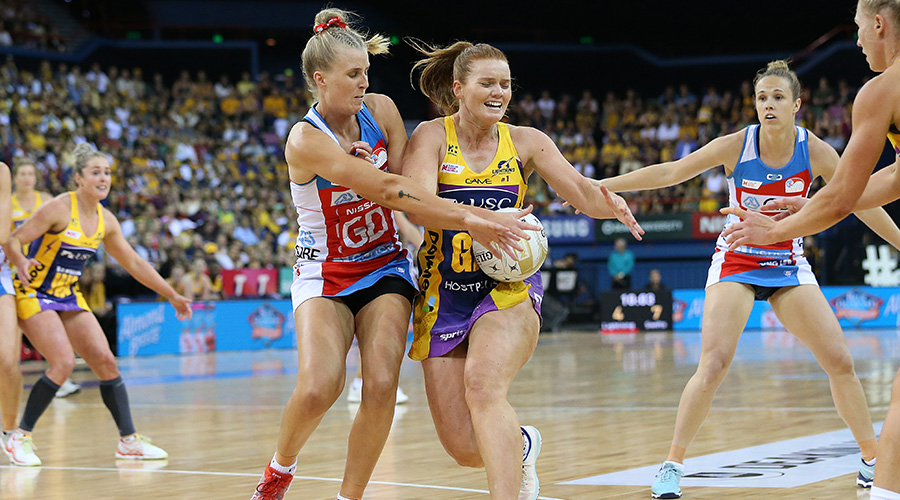 Wood’s eight goals fell far short of a match-winning contribution and Turner was the one responsible.

NSW coach Briony Akle is convinced the Turner-Sarah Klau combination could be just as effective for Australia as it has been for the Swifts.

“This is not their first gig. Hopefully they can keep working together and just build and get that next combination for Australia.”

Even considering her red, white and blue bias, Akle’s thoughts on pairing the Swifts defenders in green and gold are not without merit.

Klau’s mighty grand final performance – she amassed 11 gains – may not have been as damaging without Turner’s influence.

“Full credit to Maddy Turner out in front of her, who has worked with her for a long time,” Akle said.

“Their connection has allowed Sarah to play world’s best (standard).”

The Constellation Cup team will be announced on Thursday, with Brandley’s replacement to be one of the main talking points.

Courtney Bruce has sampled international action at goal defence and could be handed the more expansive role.

Sunshine Coast Lightning’s Cara Koenen was not at her best in the grand final but has been a shooting star in the second half of the season.

And midcourter Ash Brazill would be difficult to overlook after driving Collingwood into the finals.