After coming so close in 2018, the West Coast Fever finished a disappointing sixth in 2019. What needs to change to ensure the Fever are a force again in 2020?

A season that promised so much ended in disappointment for Fever fans, with the joy and hope from last year’s finals run quickly evaporating as the West Coast side fell back down the ladder.

Winning only two games was well below what most would have expected, but the Fever could also consider themselves unlucky, given they also had three drawn games.

Can they regroup and go again, or have they missed the boat when it comes to winning a title with their current group?

Here’s a look at where they stand heading into 2020.

Losing the first three games made things very tough for the Fever, and when Courtney Bruce went down injured it was very apparent just how reliant they are on their captain.

The league might also have caught up with them after their breakout year in 2018 when no one could stop Jhaniele Fowler.

But the league’s best goaler is signed and ready to go in green again in 2020, and she’s not getting any shorter.

The Fever will benefit from having a stable line-up for a second year, but the question may be whether a number of players can take the next step and provide enough support around Fowler.

The glaring issue for the West Coast Fever is who’ll accompany Fowler in the goal circle moving forward.

After making the huge decision to part ways with Nat Medhurst in the wake of their 2018 grand final loss, Medhurst’s replacement Alice Teague-Neeld again struggled under the pressure of Super Netball, managing only 37 goals from 75 attempts at less than 50% accuracy.

Kaylia Stanton showed glimpses as Fowler’s accomplice before an injury derailed her season, but she's far more comfortable at goal shooter, which she'll rarely play while Fowler is there.

The ‘problem’ for the Fever is that nine of their 10 players are already re-signed, leaving them little wiggle room when it comes to signing out-of-contract players to boost their chances for 2020. All players bar Stanton were locked in before season’s end, with Teague-Neeld having another year to run on her contract.

Will they target another goal attack with their final spot? Time will tell. 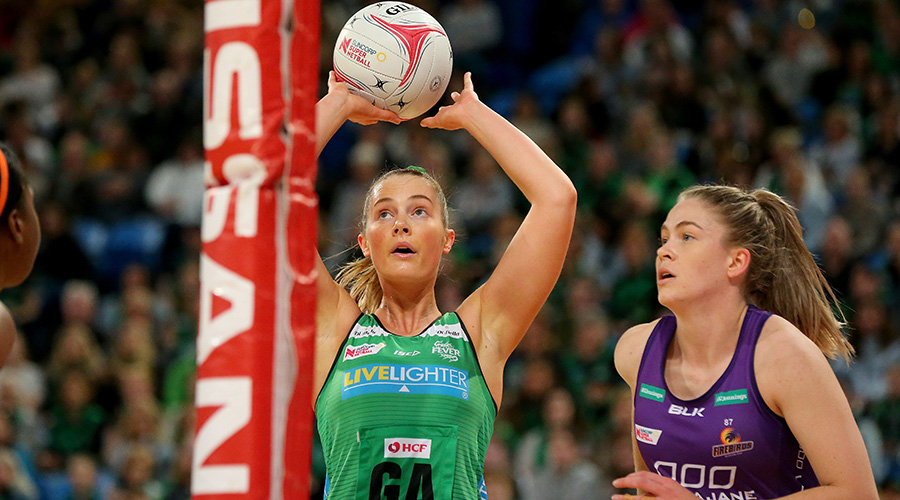 Stability is a good thing at sporting clubs, as long as the personnel mix is spot on.

There’s also a strong argument to be made that the Fever are far too reliant on Fowler to win them games, and the stats support it.

As the number one goaler in the league, Fowler is one of the only West Coast Fever players in the top five in any major statistical category. Wing attack Ingrid Colyer (fifth for centre pass receives) and Bruce (second for deflections) are the only other players to feature.

Having conceded almost 150 more goals than the league’s strongest defensive teams across the season, it’s clear that too much is being left to too few – last year the Fever conceded 776 goals for the entire season, while this year they’d coughed up almost that many after only 12 rounds, and finished with 904 against them.

They could easily re-establish themselves as a dominant force in Super Netball, such is the firepower on their list. Or they could find themselves scrapping it out in the bottom half of the ladder again, if they can’t iron out their issues.

You’d be brave to bet against them, but they need improvement in some key areas if they’re to figure in finals.